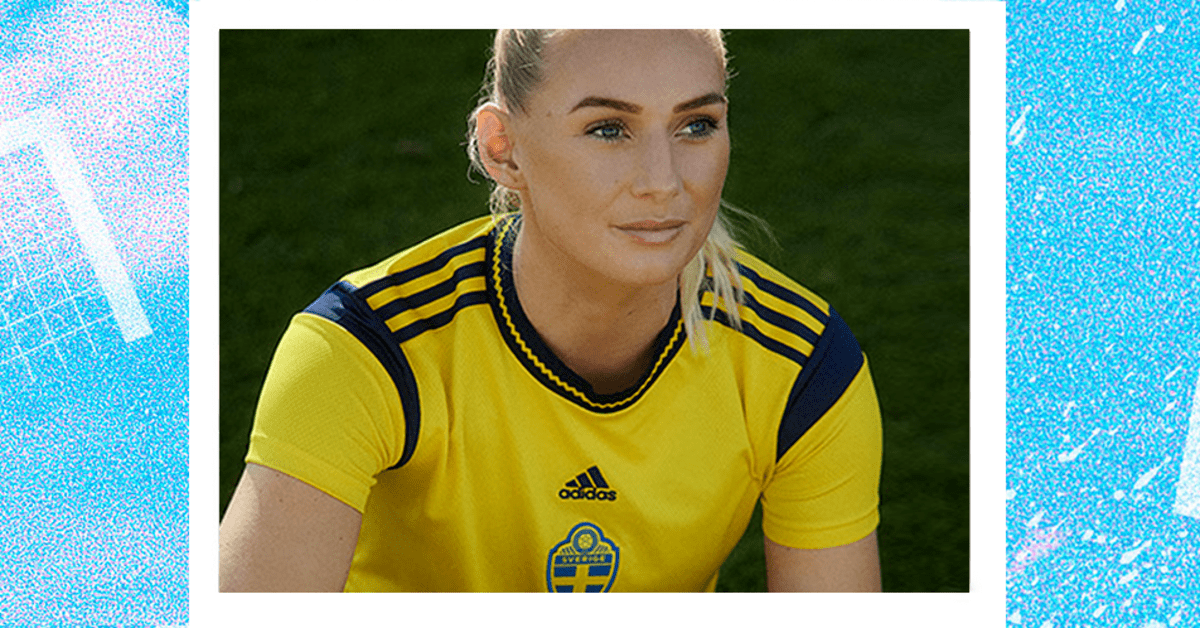 The Football Boots You Will See At Euro 2022

With Euro 2022 just around the corner, football fans everywhere are gearing up for the biggest showcase of Europe’s best female footballers. This year, the tournament is taking place in England, and football aficionados can expect to see some of the best players in the world compete for the title.

But as well as admiring the footballing prowess on display, we will also get a chance to check out the different football boots worn by Europe’s top players. With so many different brands and styles out there, it can be hard to keep track of what’s what. But don’t worry, we’re here to help. We’ve put together a list of the football boots you can expect to see at Euro 2022, as well as the players who will be proudly wearing them. 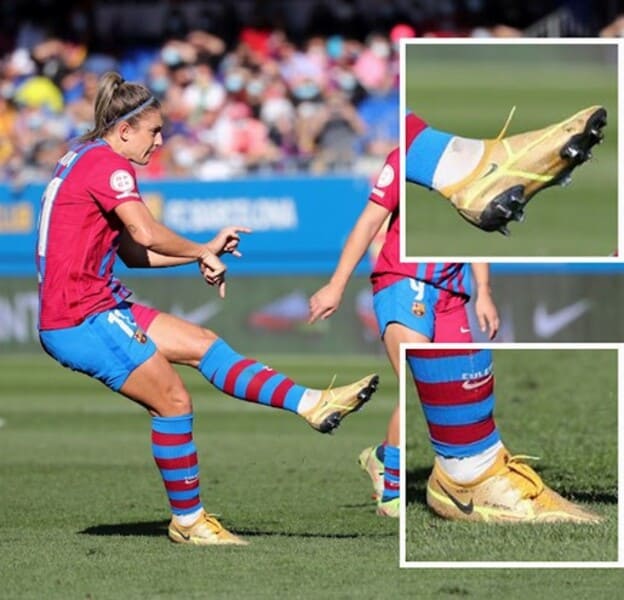 Spain’s Alexia Putelles is one of the most exciting young footballers in Europe, and she will be wearing Nike’s Phantom GT 2 football boots at Euro 2022. The “Ballon D’Or Feminin” edition of the boot is named after the prestigious award that is given to the best female player in the world.

The pressure will always be high when you receive a pair of boots from a legendary footballing figure as a result of your victory in the Ballon D’or and worldwide recognition for being the world’s best female player. Fortunately, this unique edition of the popular Nike Phantom GT 2 coupled with the talent possessed by Putelles is a recipe for success, as they’re tuned for a fantastic first touch and incredible shot control. We absolutely love this football boot and can’t wait to see it in action this summer. And, whilst you’d have to become the best footballer in the world to own the Ballon D’or design – Putelles’ boot is a limited one-of-a-kind football boot – you can purchase other colourways of the Nike Phantom GT 2 right here at Life Style Sports.

With her blistering speed and eye for goal, Alexia Putelles is definitely a player to watch out for in this year’s tournament. Spain is one of the favourites to win the competition, and with Alexia leading the charge, they could very well pull it off. 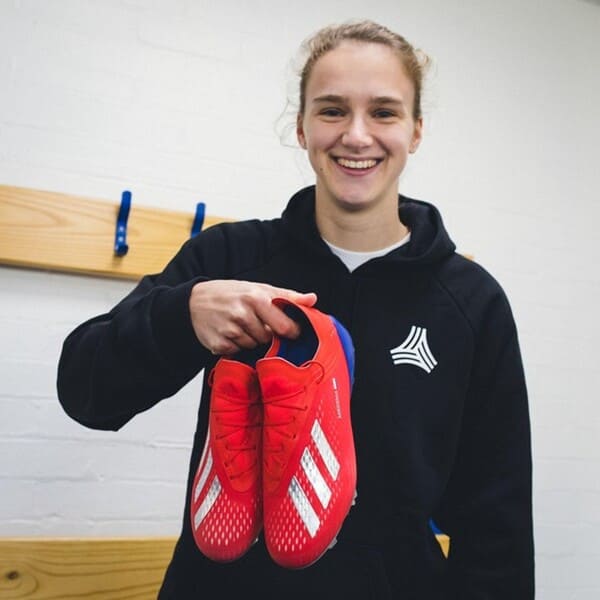 Arguably one of the best strikers in the world, Vivianne Miedema is a footballing force to be reckoned with. The Netherlands international will be wearing Adidas’ Prime X Speedflow football boots at Euro 2022 this summer.

The Prime X Speedflow+ football boot is designed for quickness and agility, two things that Miedema has in abundance. The boot also features a comfortable sock liner and a lightweight outsole, perfect for players who like to move around the pitch quickly.

With her lethal finishing and ability to create chances for her teammates, Miedema is always a threat when she’s on the pitch. The Netherlands is one of the favourites to win Euro 2022, and with Vivianne leading the charge, they could very well lift the trophy. 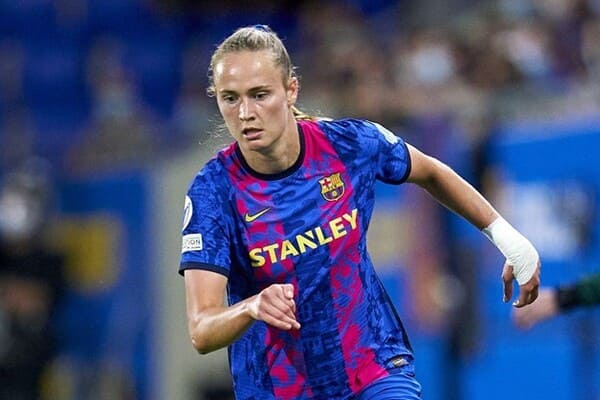 Norway’s Caroline Graham-Hansen is one of the most exciting players to watch in European football. The winger will be wearing Nike’s Mercurial football boots at Euro 2022 this summer, as will Norway’s Melissa Bjånesøy.

The Mercurial Superfly football boot is one of Nike’s latest releases, and it’s designed for players who want to make a statement on the pitch. The boot is made with Flyknit material, which provides a snug fit and eliminates distractions. The Dynamic Fit collar also helps to lock the foot in place, ensuring that you have stability and control when you need it most.

Graham-Hansen is definitely a player to watch out for in this year’s tournament. Norway is considered to be in the middle of the pack to win Euro 2022, but with Caroline on side, they could cause a few upsets along the way. 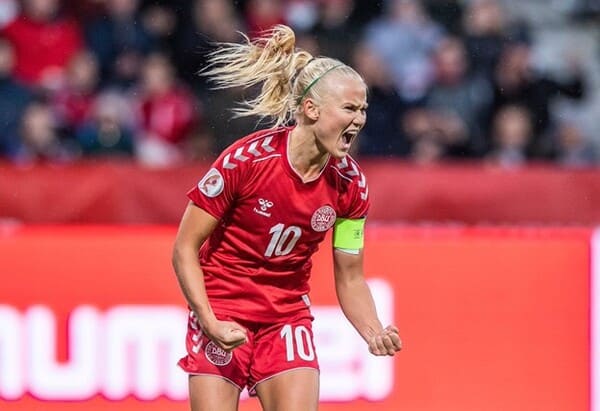 Pernille Harder is one of the most highly-rated footballers in the world, and she will be looking to lead Denmark to victory at Euro 2022.

The Nike Phantom GT2 Elite football boot is perfect for her playing style; it features a Flyknit upper that wraps around your foot for a natural fit, and it has a locked-in feel thanks to the Dynamic Fit collar. The Phantom GT2 Elite also has a responsive cushioning system that helps you to make explosive moves on the pitch, so Harder will be able to take on defenders and score goals with ease.

Denmark isn’t necessarily one of the favourites to win the tournament, but Harder will no doubt be looking to perform at her best and lead her team to glory. 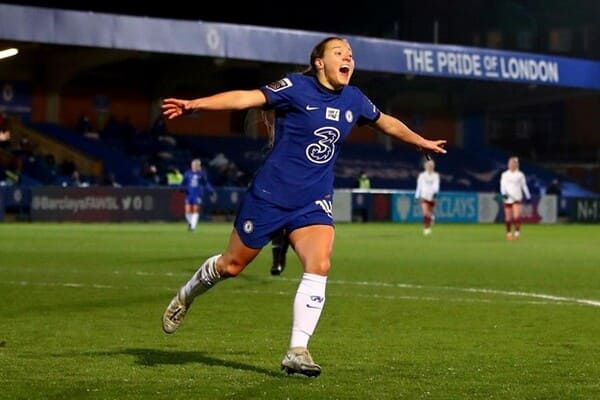 England’s Fran Kirby is one of the most exciting footballers in the world, and her Nike Phantom GT football boots are sure to turn heads at this year’s Euro 2022 tournament. Kirby is known for her speed, agility, and dribbling skills, and she is expected to be a key player for England in their quest for the title.

The Nike Phantom GT football boots are designed for players who want to create chances and score goals, and Kirby is sure to put them to good use in this year’s tournament.

England is one of the favourites to win the tournament, and with Kirby wearing the Nike Phantom GT football boots, they will definitely be a force to be reckoned with. 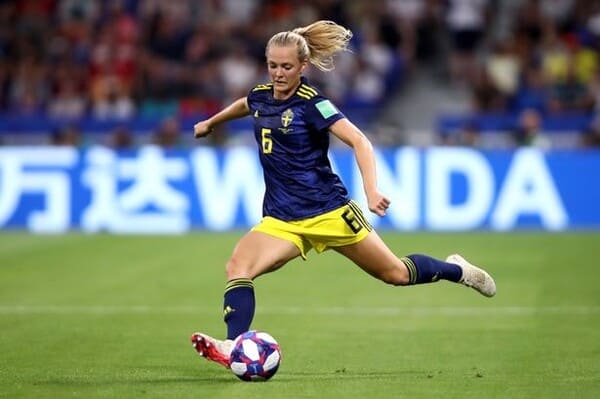 As one of the favourites to take home the Women’s Euro 2022 trophy, Magdalena Eriksson is sure to be wearing some of the best football boots around. The Sweden defender will be sporting the Nike Tiempo Legend 9 Elite football boots, which are designed for players who want speed, touch, and control.

The boots provide a comfortable and durable fit. The shoes also have a carbon-fibre plate in the outsole for stability and traction, as well as Flywire cables that help to keep your foot in place while you’re playing. If you’re looking for a football boot that will help you take your game to the next level, the Nike Tiempo Legend 9 Elites are definitely worth considering.

With Sweden expected to do well in the tournament, Eriksson will need all of those features at her disposal if she is to help her side progress through the group stages and beyond.