Made especially for its 125th anniversary, the new Liverpool kit takes inspiration from the club’s great history. Let’s take a look at the strips in more detail… 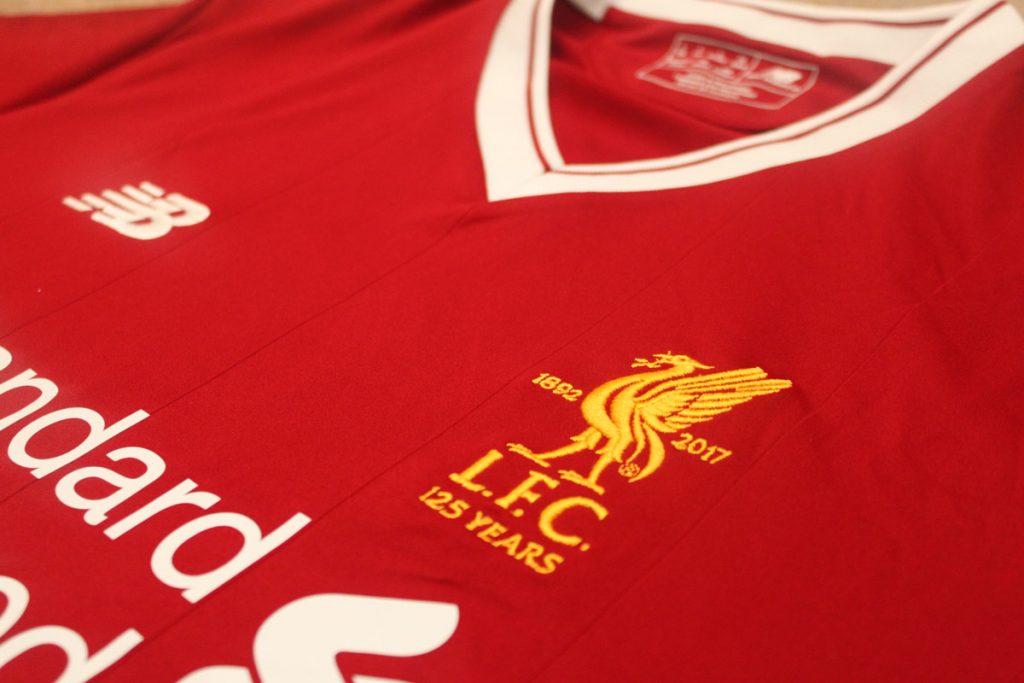 For its landmark year, the Liverpool kit features a special anniversary crest. The liver bird has ‘1892’ and ‘2017’ printed on either side and ‘125 Years’ underneath. What’s more, efforts have been made to commemorate the Hillsborough victims: ‘96’ is printed on the back of the collar. You’ll find the New Balance and Standard Chartered logos on the front, too. 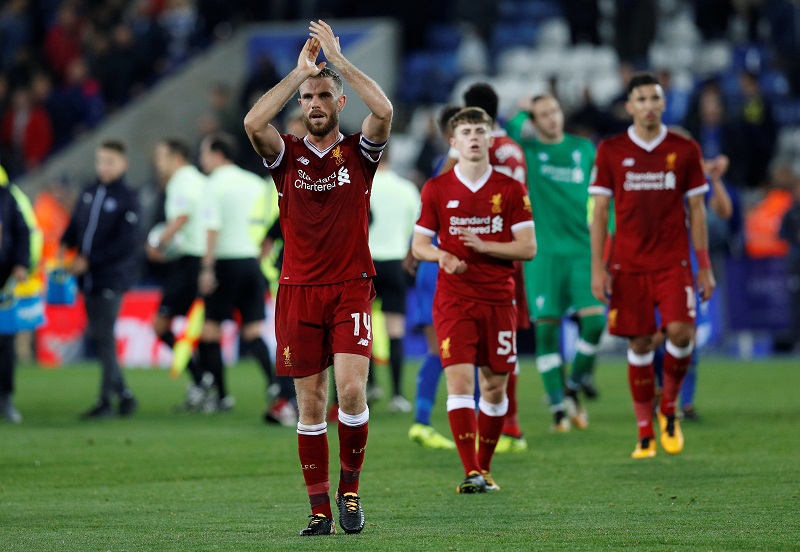 When it comes to the home Liverpool jersey, you’ll find the gold crest sitting on top of a darker shade of red than fans will be used to. This choice was inspired by the club’s ‘70s strips – when Liverpool ruled – and has subtle two-tone pinstripes on the front and back. A white V-collar and cuff with red line detail complete the retro look, while nodding to the Liverpool shirt worn by the 1984 European Cup winning side that beat Roma in their backyard. 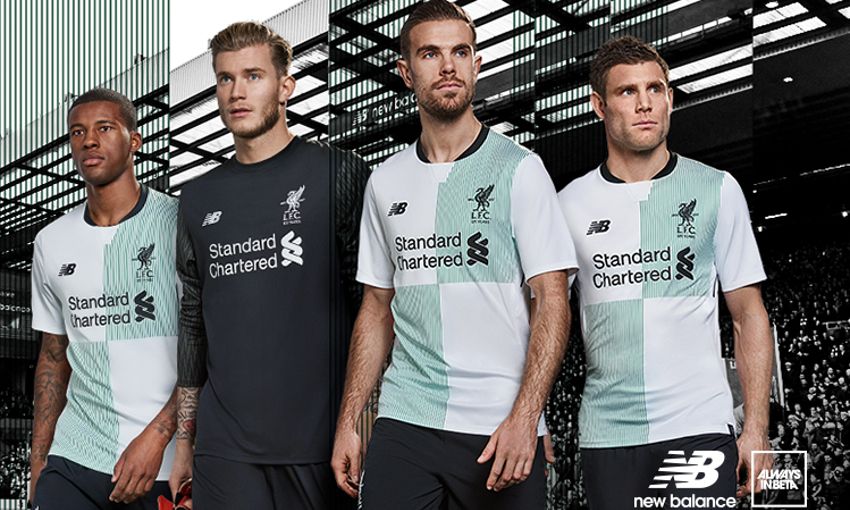 In contrast to the home jersey, Liverpool have brought a fresh and thoroughly modern look to their away shirt. On the front, you’ll find four squares of white and turquoise vertical lines. These pay homage to the iconic 1995-96 Liverpool kit worn by Robbie Fowler and Stan Collymore. A black collar and logo make for an eye-catching contrast. Black shorts and white socks both boast a green hoop and black trim, neatly finishing off Liverpool’s 2017/18 away kit. 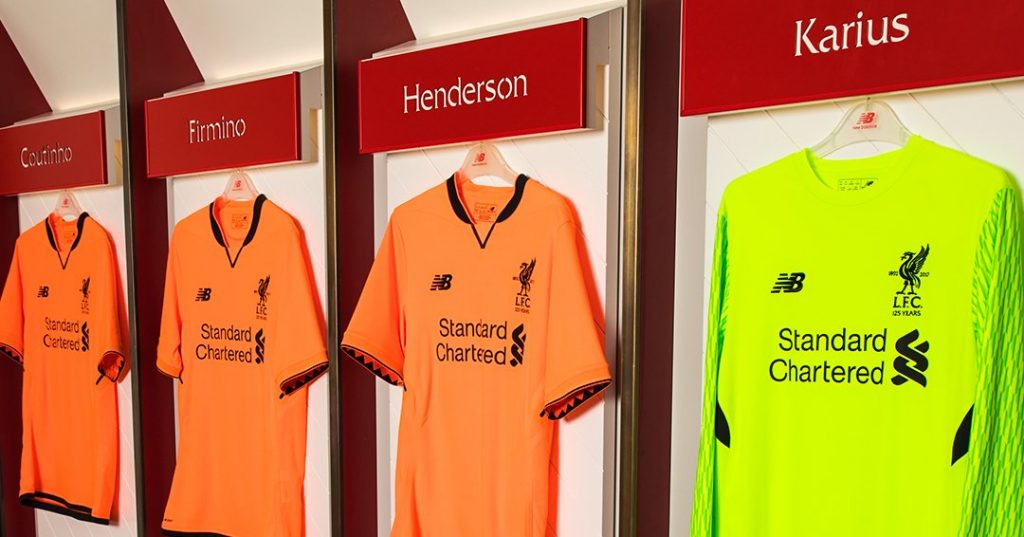 You’re bound to get noticed in the third and final offering from Liverpool: the bright orange Liverpool jersey. It’s inspired by the treble winning 2001/2002 Liverpool away shirt when Michael Owen helped the side win the League Cup, UEFA Cup and FA Cup. There’s black detailing at the collar, cuff and hem, plus a Bill Shankly quote on the sleeve: “You must believe that you are the best and then make sure that you are”. The shorts and socks? They’re orange, of course.