Winger Simon Zebo has hailed the Munster fans as the greatest on the planet ahead of the first Leinster derby of the Guinness Pro14 season.

Both Munster and Leinster head into the game off the back of wins at the weekend with Zebo’s men seeing off Cardiff Blues 39-16 on Saturday.

It keeps Munster within touching distance of Glasgow Warriors at the top of Conference A while Leinster also sit second in their division after a 21-13 win over Edinburgh.

And Zebo has revealed the pride he feels every time he gets to run out in the red of Munster.

“There’s a big following no matter where we go as Munster and it doesn’t matter if it’s France, Ireland or England there’s always loads of people behind us,” he said. 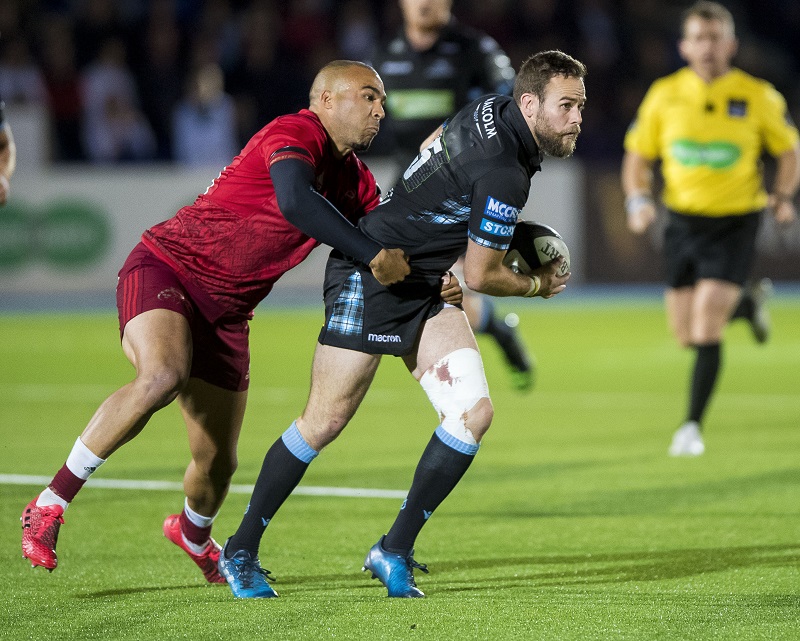 “They’re the best fans in the world and they’ve proved that on numerous occasions, they’d travel to hell and back for us.

“I hope they turn out in force at the Aviva and make it another special encounter, it’s very exciting and it’s always an honour and a pleasure to play in front of the Munster fans – they’re unlike any other.

“We’ll hopefully play to the best of our ability that day (against Leinster) and the supporters will hopefully get us over the line because I’m sure it will be a close game.”

Zebo wasn’t included in the Munster 23 in Round Five but will be hopeful that an impressive week in training will see him return for the Leinster derby.

And the 27-year-old predicted an intensive week on the training field as players attempt to force their way into the starting XV for the biggest game of the season.

“The build-up is quite special, you can get a bit of agro in the training sessions, there’s a bit of bite in the air, players getting anxious and nervous and wanting the game to come around,” he added.

The wait is over and it’s time to get ready for battle! The ERC Munster range is back in-store and online from Sept 22nd. pic.twitter.com/FpKgszq4X6

“The whole squad is very much looking forward to it and the crowds are always amazing, there’s a buzz in the atmosphere and it’s a real grudge match. Nobody wants to lose this one.

“It’s a special fixture, it’s probably my favourite one of the year when we get to play those guys. There’s a big rivalry, we don’t like them and they don’t like us. It should be very exciting.

“Players just want to play the game and the hype and build-up and everyone wants to just get out and play.”

By Luke03/10/2017Leinster, Munster, Pro 12, RugbyLeave a Comment on Zebo: Munster fans are the best in the world