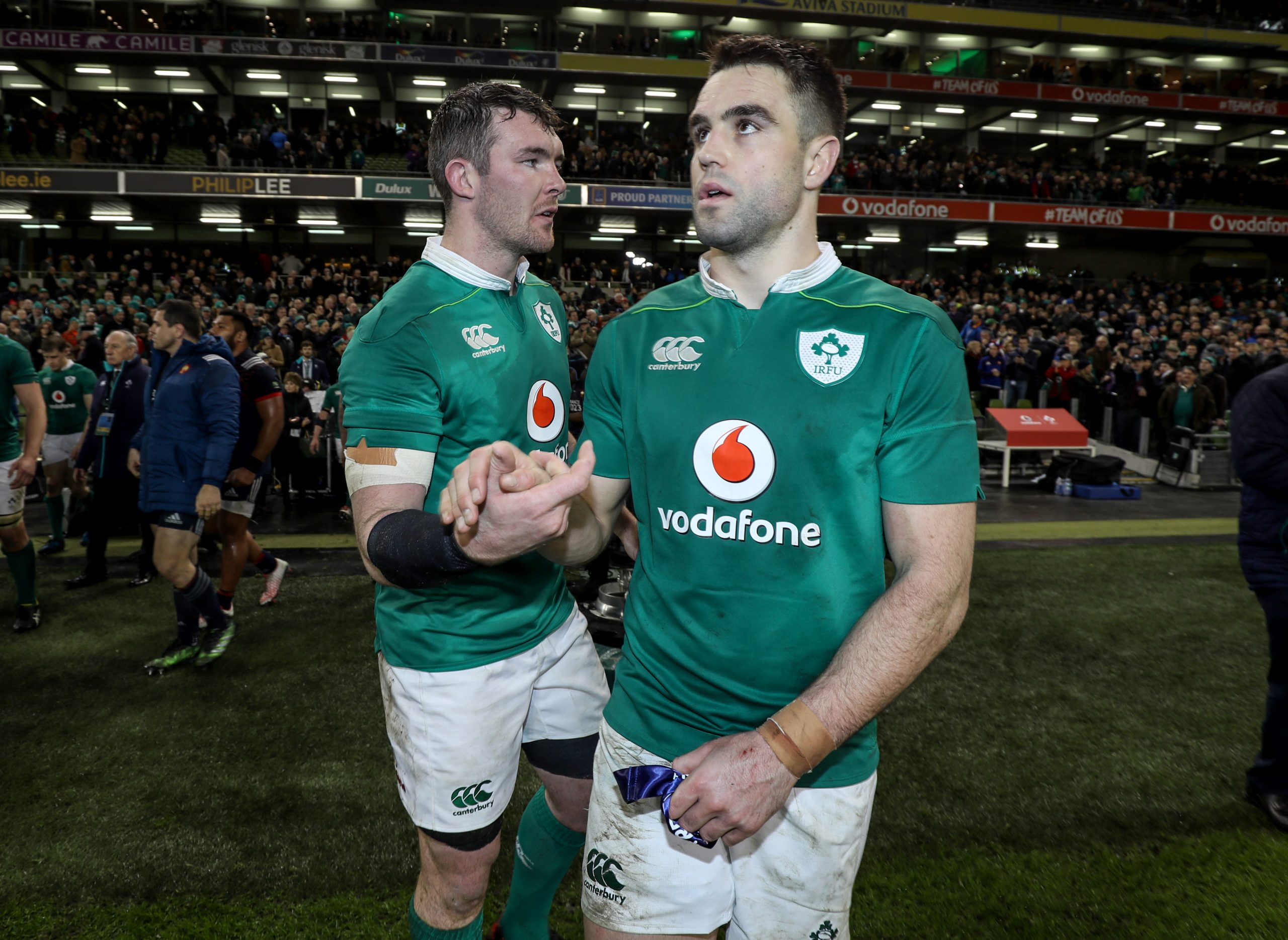 While England continue to command much of the attention in the Northern Hemisphere, Ireland have flown under the radar, but 2018 is shaping up to be something special.

It may have taken a while to get the disappointment of the 2015 World Cup out of their system but Joe Schmidt has rebuilt the Boys in Green impressively.

And there is no doubt they will be serious contenders at the next World Cup in 2019.

So let’s look back at a successful 12 months, which saw Ireland end England’s winning run and take the Southern Hemisphere’s giants by storm.

England stopped in their tracks

Ireland arrived at the 2017 Six Nations full of confidence after THAT win against New Zealand just a few months before but they came unstuck against an unpredictable Scotland in week one.

That 27-22 defeat was a wake-up call and they subsequently thrashed Italy 63-10 thanks to hat-tricks from CJ Stander and Craig Gilroy.

A hard-fought 19-9 home win against France was more like it but they again struggled on the road, going down 22-9 to Wales.

With any hope of the title already gone leading into the final week, Ireland were playing for pride when England rolled into town seeking a second straight Six Nations title and a world record 19th straight Test win.

But they overwhelmed Eddie Jones’ side with incredible intensity and physicality, and emerged 13-9 winners at a raucous Aviva Stadium.

With the British & Irish Lions’ tour to New Zealand robbing Ireland of several leading stars, including Johnny Sexton, Connor Murray, Rory Best and Sean O’Brien, they booked trips to face the United States and Japan instead of a traditional powerhouse.

The brave call worked wonders too as they opened the summer with a crushing 55-19 win against USA in New Jersey before heading off to the Land of the Rising Sun.

Japan will face Ireland at the 2019 World Cup, so this was a perfect chance for Schmidt to assess what they will come up against.

Centre Ringrose is the new poster boy of this Ireland side and he was instrumental again in the second Test, which they again won comfortably 35-13.

With the Lions’ players back from their successful tour of New Zealand, Schmidt had a headache ahead of the autumn internationals with so many new players impressing in the summer.

The competition for places inspired many of the Ireland chief’s men as they went unbeaten and beat three Southern Hemisphere heavyweights.

Two-time world champions South Africa were dispatched 38-3 with three late tries finishing one of their greatest ever performances.

Fiji pushed them close a week later before falling 23-20 before a 28-19 win against Argentina carried on the feelgood factor, with Jacob Stockdale crossing twice.

The Six Nations is exiting every year but with the prospect of an England v Ireland title decider in the final week, this could be something special.

With tough Tests at Twickenham and in Paris to come in 2018, Schmidt will find out where his side really are before a summer tour to Australia.