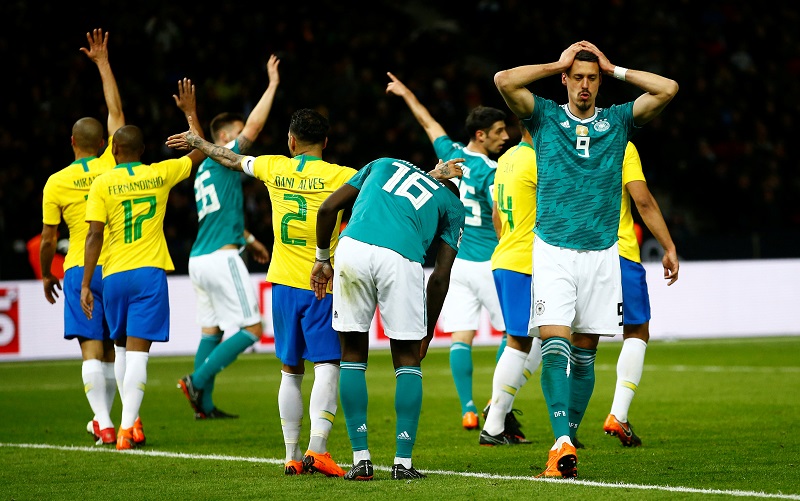 World Cup 2018: How are the favourites shaping up heading to Russia?

It’s now only 55 days until the opening match of the 2018 World Cup in Russia and the excitement levels are starting to boil over.

The first batch of international friendlies of 2018 have been and gone and with only a handful of warm-up games to go before it all kicks off in Moscow, we assess how the favourites are shaping up. 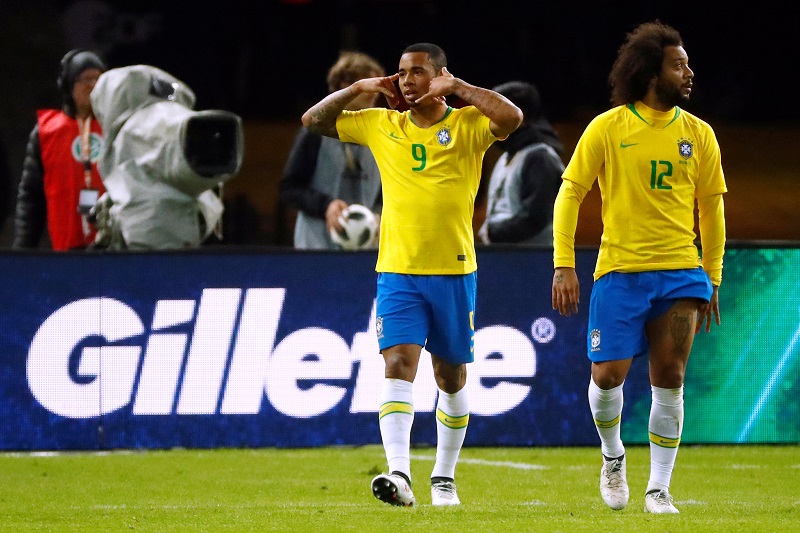 Humbled 7-1 by Germany in their own backyard four years ago, Brazil have revenge on their minds and look to be peaking at just the right time.

A comfortable 3-0 win against hosts Russia in Moscow was backed up by their most important win since the World Cup, a hard-fought 1-0 triumph over Germany in Berlin – Gabriel Jesus with the only strike in sweet revenge for that 2014 semi-final.

Not only did the victory confirm their place amongst the favourites but also showed a defensive steel not seen for years in a Brazilian backline.

The Green and Yellow should have no problem sweeping through a group of Costa Rica, Serbia and Switzerland but history is against Brazil, who have only lifted the World Cup once on European soil, in 1958. 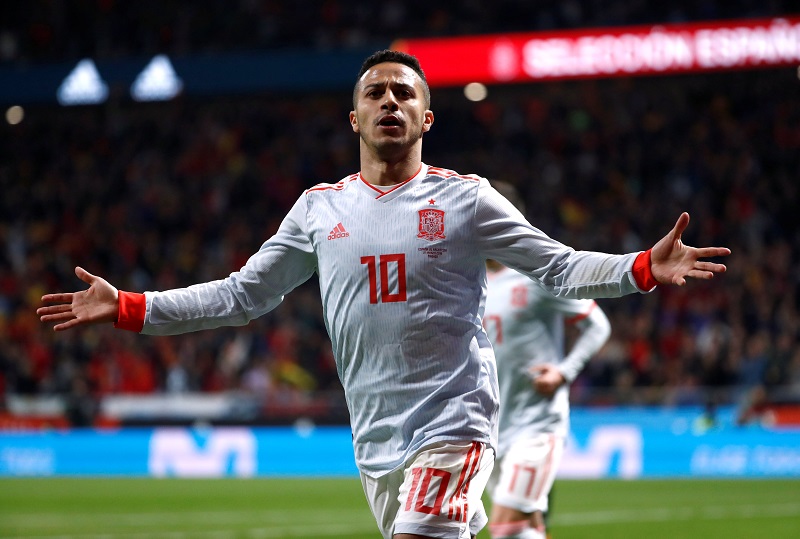 After hoisting the World Cup trophy in 2010, Spain had a disaster in Brazil in 2014 as they were dumped out at the group stage by the Netherlands and Chile.

But Spain look like a side reinvented under Julen Lopetegui and their results in the latest international friendlies would certainly suggest they could go far in Russia.

An entertaining 1-1 draw in Germany was followed by a 6-1 mauling of Argentina in Madrid as Isco bagged a hat-trick to overrun the South Americans.

Spain will be confident of progressing through the group stage but will face reigning European champions Portugal in their opening match in Sochi, a result that could go a long way to proving if La Roja really are a firm favourite. 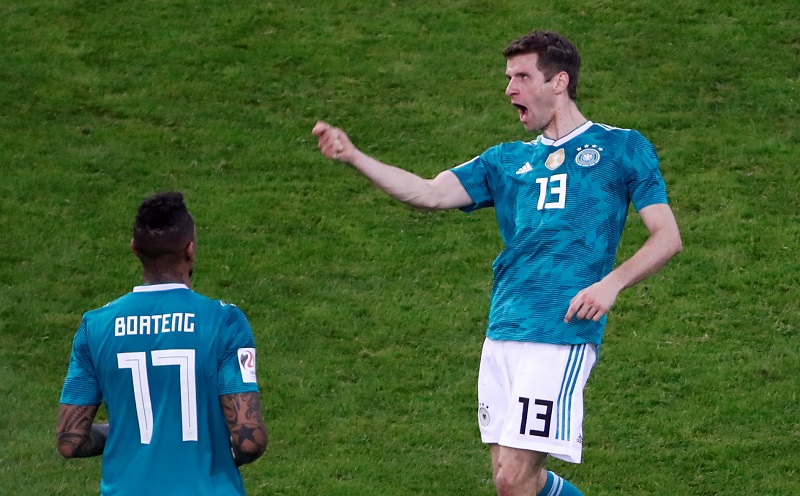 Die Mannschaft were always going to be one of the favourites heading to Russia, having gone all the way in Brazil four years ago.

But a draw against Spain and defeat to Brazil last month will certainly act as a wake-up call to Joachim Low’s men that they will face stiff competition this summer.

Germany face Mexico, Sweden and South Korea in a tricky but manageable Group F as they look to defend their crown for the first time. 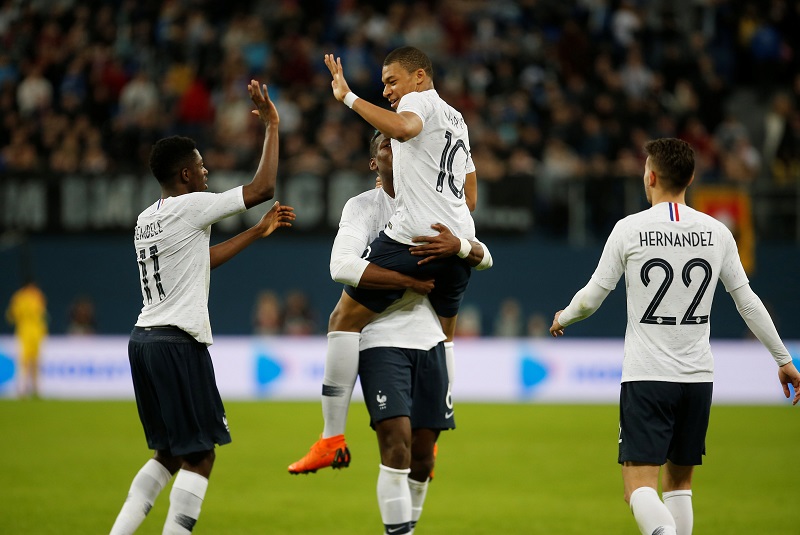 France are blessed with an embarrassment of riches in every department it seems, as they look to get their hands on the top prize for the first time since 1998.

Eyebrows will be raised at throwing away a 2-0 lead at home to Colombia and Didier Deschamps will be keen not to waste this golden generation of French football.

Paul Pogba could hold the key to France’s success and he’s in fine form, recently inspiring Manchester United to victory over Manchester City in the Premier League. 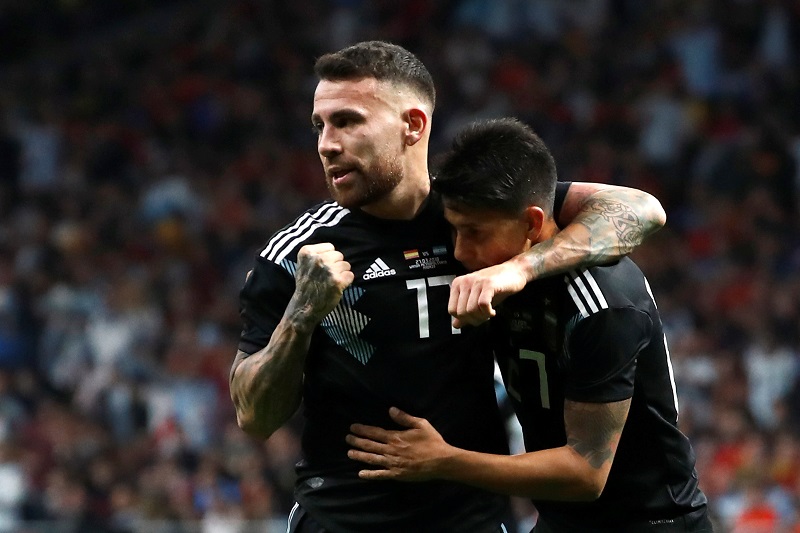 When you have Lionel Messi you always have a chance. Or at least, that’s what Argentina will be hoping this summer.

The mercurial forward saved his country at the World Cup in Brazil before they were downed by Germany in the final in Rio.

But a Messi-less Argentina is a worrying thought, something that was played out last month when the Barcelona man watched on as Spain hammed them 6-1.

You never write off the two-time World Cup winners and a group made up of Iceland, Croatia and Nigeria should offer them safe passage into the last 16.

GET READY FOR THE WORLD CUP BY CHECKING OUT THE FULL RANGE OF WORLD CUP 2018 JERSEYS.