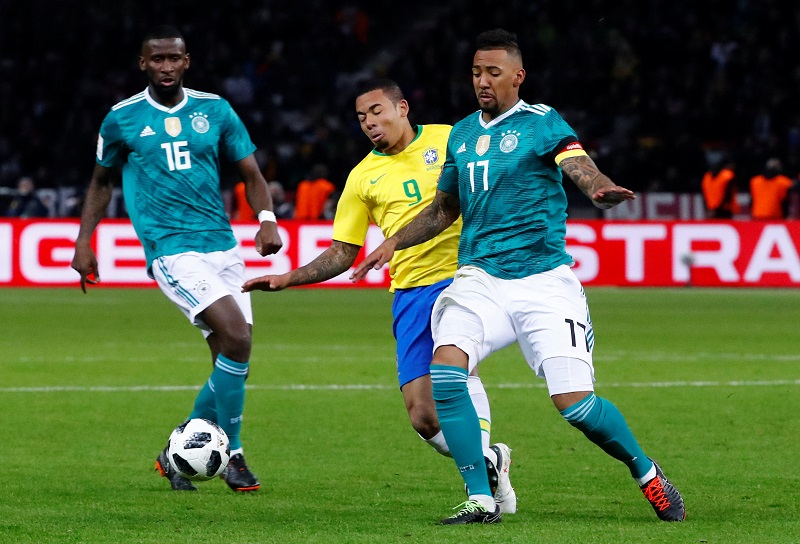 The World Cup is right around the corner and the teams will be making final preparations at the end of the international break for the greatest footballing show on earth.

Spain’s 6-1 mauling of Argentina on Tuesday night proved the most eye-catching result, while France suffered a shock defeat to Colombia before a 3-1 win in Russia.

The hosts also went down 3-0 to Brazil while England won in the Netherlands but drew with Italy at Wembley.

With just over two months until the World Cup gets underway, we take a look at some of the best jerseys that the world’s elite will wear in Russia. 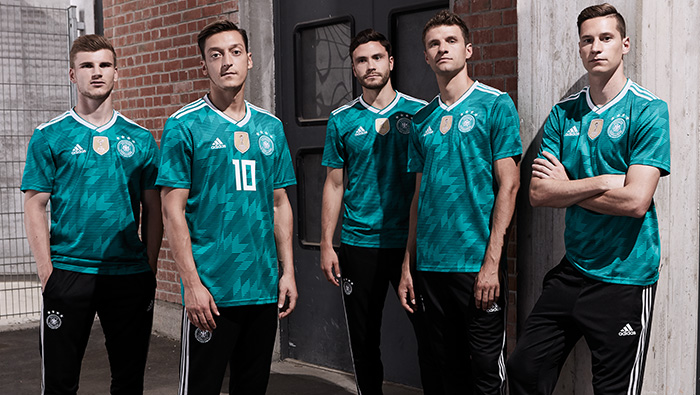 Germany’s home jersey very much fits the status quo but the away jersey is an extravagant piece of design and may dazzle some observers.

The holders struggled against tough opposition last week with a draw at home to Spain and a 1-0 defeat to Brazil.

They will come up against Mexico, Sweden, and South Korea in Group F. 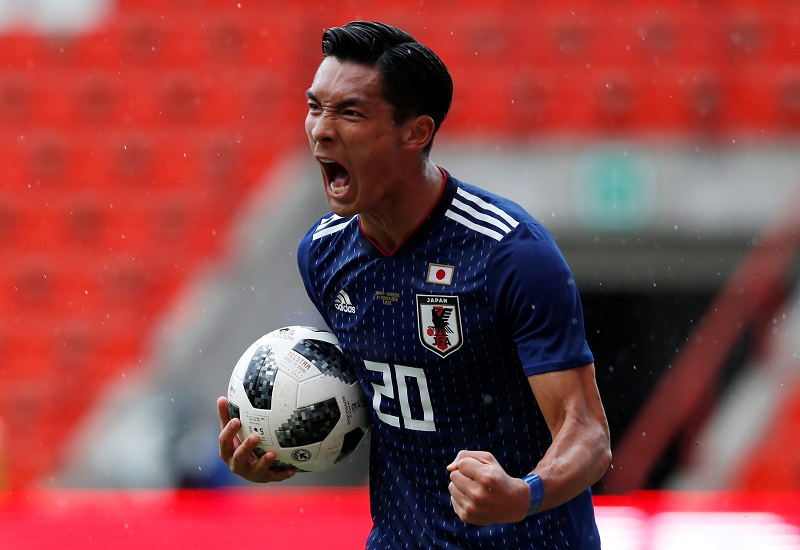 Japan’s jersey harkens back to their first World Cup finals appearance in 1998, employing a modern, darker blue with a moisture-wicking graphic front panel.

The Japanese flag features proudly above the national team crest, while the flag emblem is used inside the back collar.

Poland, Senegal, and Colombia stand in their way in Group H. 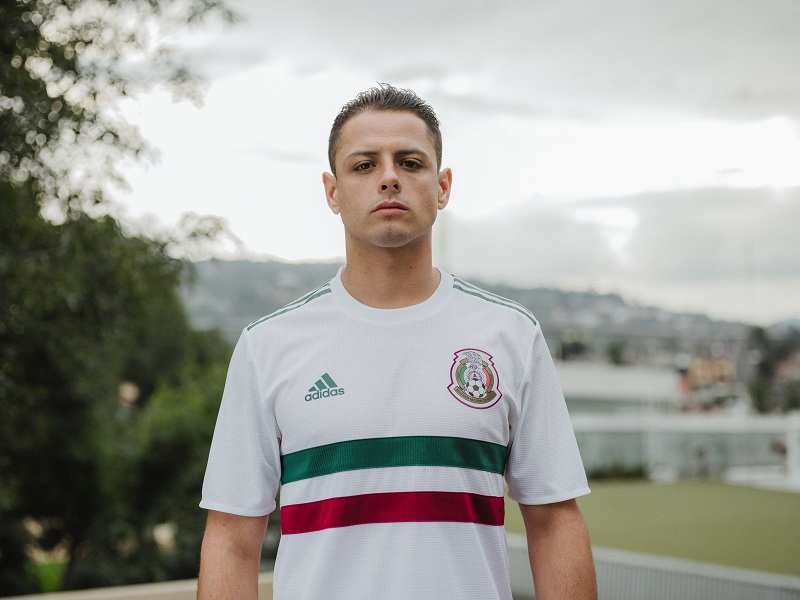 Another absolutely classic look to complement the retro home shirt, Adidas have harked back to the Mexico kits of the 1950s for this beauty.

The away jersey is predominantly white with a red, white and green horizontal chest stripe. The classic Adidas stripes are placed on the shoulders of the Mexico 2018 away kit.

This number could be seen against Sweden, South Korea or World Cup holders Germany as they battle it out in Group F this June. 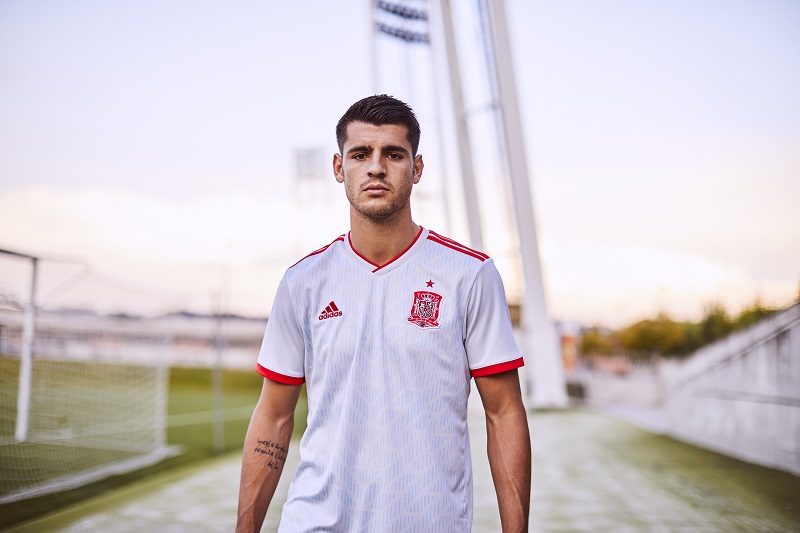 A simplistic yet elegant design for Spain’s away jersey this campaign, moving away from the dark blue and grey away kits chosen for the last two World Cups.

This white design features a modern take on Spain’s sky-blue colours from the 1980s, while the orange featured on the sleeves and in the crest is easy on the eyes.

An Isco hat-trick capped a superb win over Argentina this week while Rodrigo scored in their 1-1 draw in Germany.

The 2010 winners didn’t make it out of the group in 2014, and will be looking to bounce back against Portugal, Morocco, and Iran. 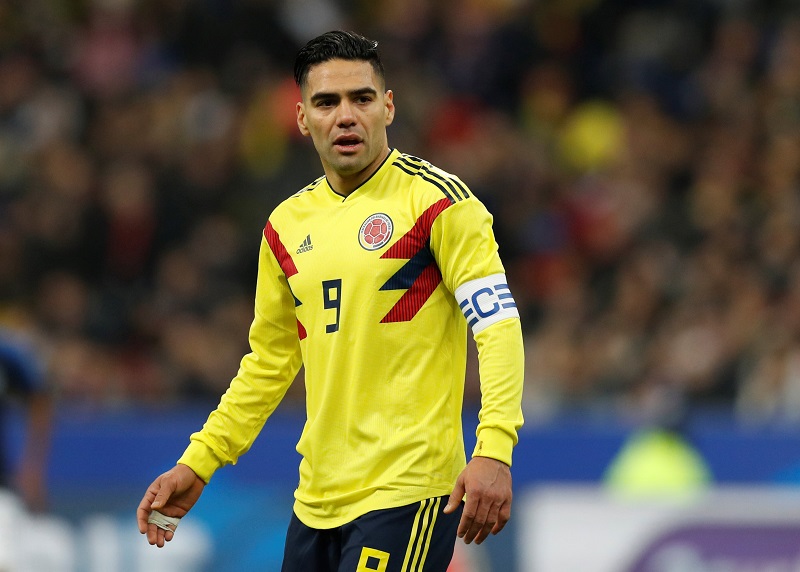 Last and by no means least is the Colombia home jersey and yet again, Adidas have looked into the past for their inspiration and come up with the goods.

This number is style on Colombia shirt worn at the 1990 World Cup in Italy and is a potent symbol of a thrilling era of South American football.

Made with 100 per cent recycled polyester, the shirt is predominantly yellow with red and blue strips on either side of the chest as the Adidas three stripes are coloured black across the shoulders.

We cannot wait to see this shirt in action as Colombia face Japan, Senegal and Poland in their group.