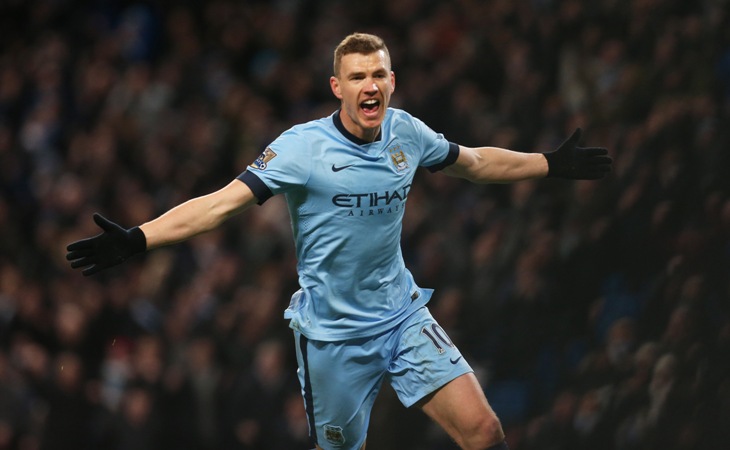 A return of 50 Premier League goals in four-and-a-half seasons was seemingly insufficient to impress Manuel Pellegrini as Edin Dzeko headed out of the Manchester City exit door and on a plane to Roma yesterday.

The 29-year-old has moved to Italy on a season-long loan deal with an obligation to buy, provided pre-determined conditions are met.

Should Dzeko’s move become permanent he is likely to cost Roma £14million.

But having won two Premier League titles with Man City, the Bosnia and Herzegovina international says he leaves with a heavy heart.

“I have spent some of the best moments of my career at Manchester City, moments that I will never forget,” he said.

“I owe a special thank you to my team-mates and staff who have become like family to me in these years, which is precisely how I saw Manchester City, as one big family.

Thank you for everything.”

Southampton hope to have finally found their replacement for Morgan Schneiderlin after paying Chelsea £5m for Oriol Romeu.

The 23-year-old joined the Blues from Barcelona four seasons ago, but a cruciate knee ligament injury played its part in Romeu being limited to just 15 Premier League starts.

He also spent the last two campaigns on loan at Valencia and Stuttgart respectively, and admitted the time had come to found a more permanent home.

“It’s very good to be a part of this club,” said Romeu.

“I was looking for a good club and for something new in my career.

“After spending two years on loan, I needed something permanent and a club with a future – and I think I chose the right one.”