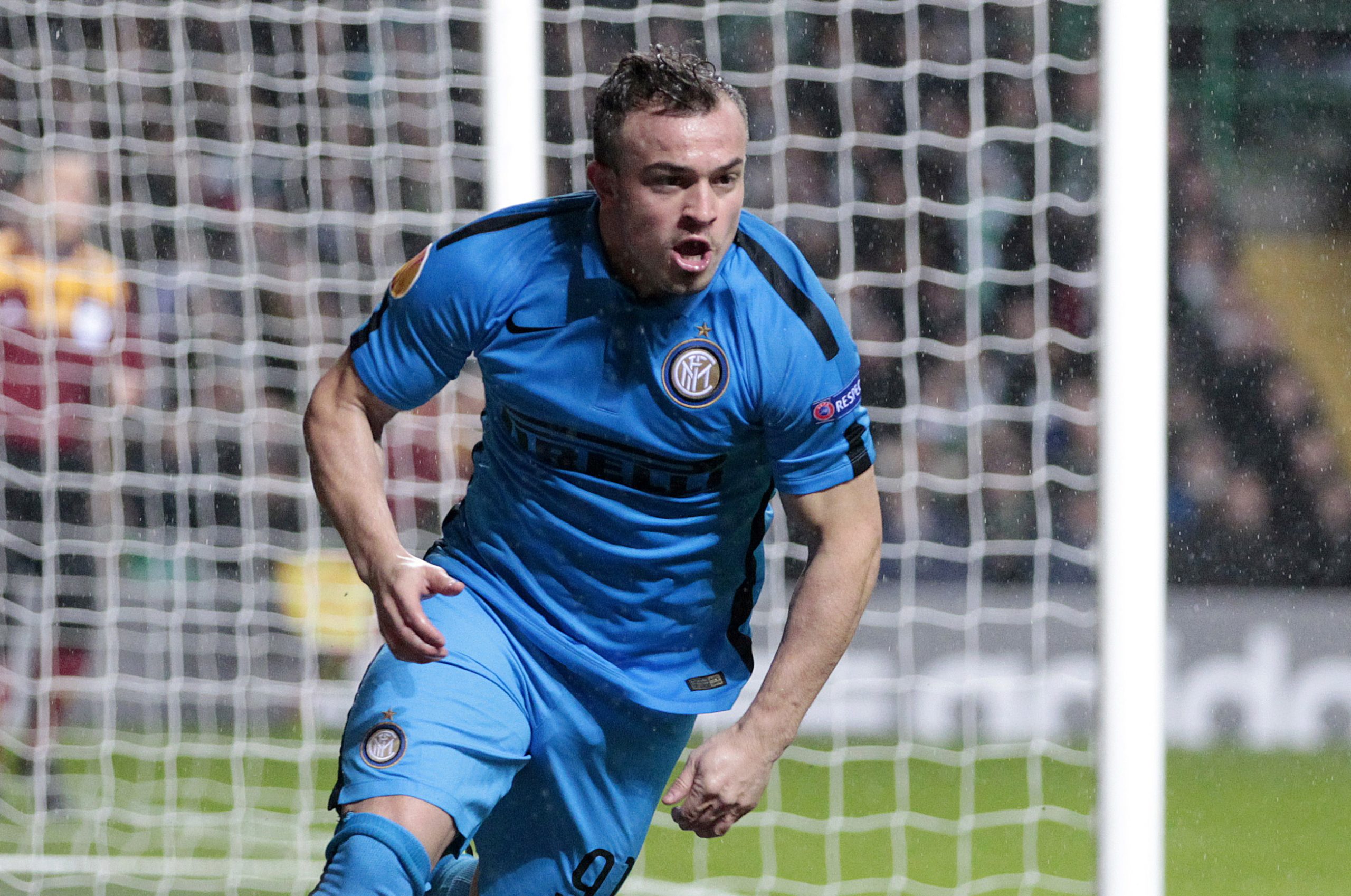 Another nimble-footed attacking midfielder is keen to prove he can do it on a wet and windy night in Stoke after Xherdan Shaqiri finally put pen to paper on a deal at the Britannia Stadium.

Stoke manager Mark Hughes is already able to call on the services of the likes of Bojan, Ibrahim Afellay, Marco Van Ginkel and Moha El Ouriachi, and now he can add Shaqiri into the mix.

The 23-year-old Switzerland international arrived for a club record fee of £12million, two more than what Stoke paid Tottenham for Peter Crouch back in 2011.

It was only last month that Stoke pulled out of a move for Shaqiri but Hughes is delighted to have finally bagged the former Basel, Bayern Munich and Inter Milan man.

He’s a dynamic and explosive player who will bring something different,” said Hughes.

Jaaskelainen was released by West Ham in May having featured in 61 games for the club since joining in June 2012.

The 40-year-old, who made over 500 appearances for Bolton prior to joining West Ham, has signed a one-year deal.

“Jussi has had a tremendous career and was consistently one of the top keepers in the Premier League,” Wigan manager Gary Caldwell told the club’s website.

“He is still in fantastic condition and as well as providing great competition in the squad, his experience will be invaluable on and off the park.”