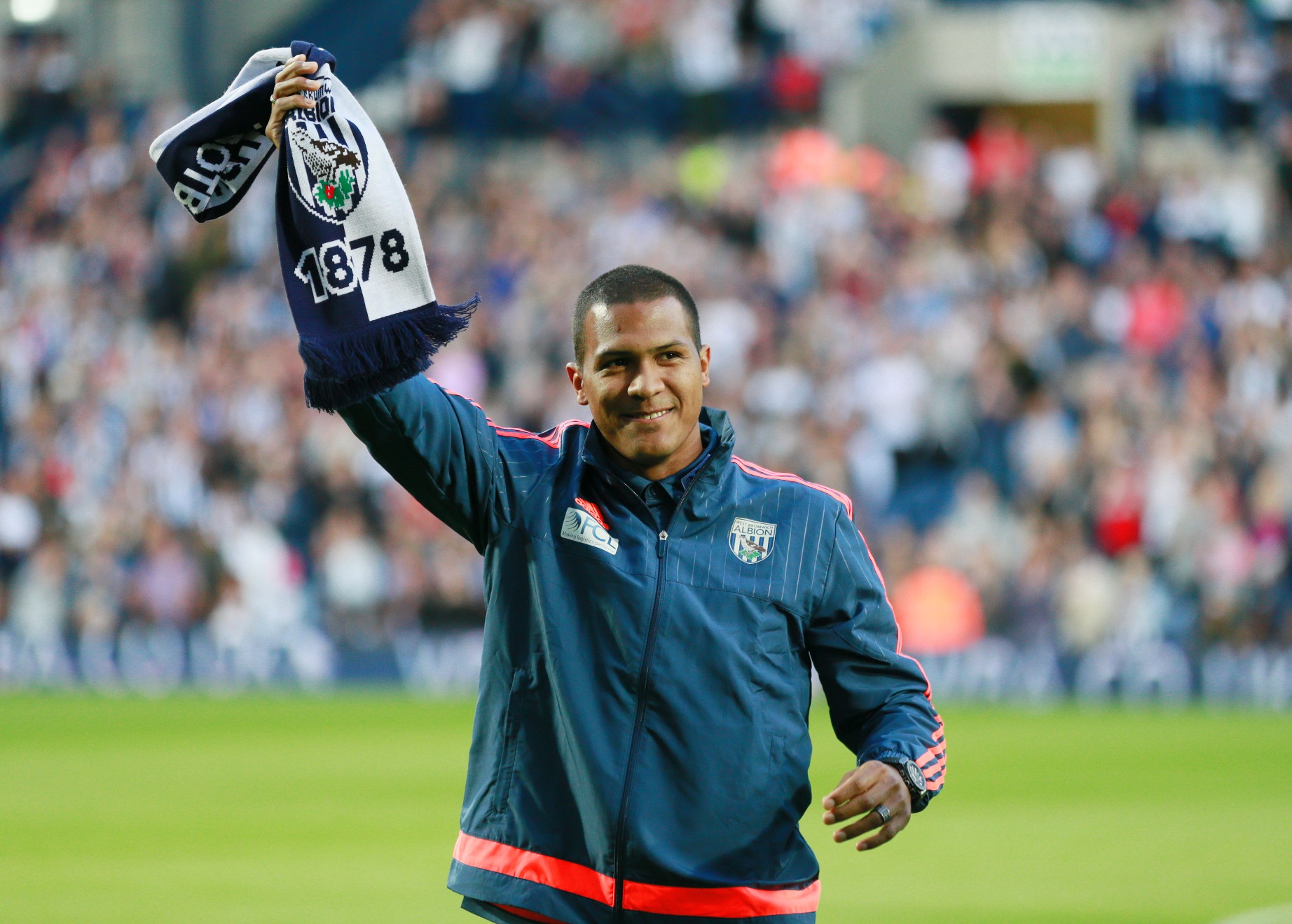 West Brom set a new club record to sign striker Salomon Rondon and if they Premier League opener is anything to go by Tony Pulis will be kicking himself he hadn’t acted faster.

The Baggies looked listless as they fell to a 3-0 home defeat to Manchester City on Monday night, managing just two shots on target as Rickie Lambert and Saido Berahino failed to combine for the desired effect.

But should they need motivating then they need only look over their shoulders after West Brom brought in Rondon from Zenit St Petersburg for a club record fee of around £12million.

Rondon helped himself to 20 goals in 37 appearances for the Russian side last term before putting pen to paper on a four-year contract to become the Baggies fifth signing.

And speaking ahead of the clash with Man City, Pulis is delighted to add the 25-year-old to his squad.

“We feel with age on his side and the prices English clubs are asking for their players, it’s a deal worth doing,” said boss Pulis.

“He’s got a fantastic goalscoring record in some of the top leagues in Europe and for his country. He’s 25 years of age and still to fulfil his full potential.

We hope he hits the ground running of course but understand it might take him time to settle.”

Although Dame N’Doye’s short stay in England is over after the striker left Hull City for Trabzonspor after the Turkish side triggered his release clause with a bid of £2.2million.

The Senegal international joined Hull from Lokomotiv Moscow in January and scored five goals in 17 Premier League games as the Tigers were relegated.