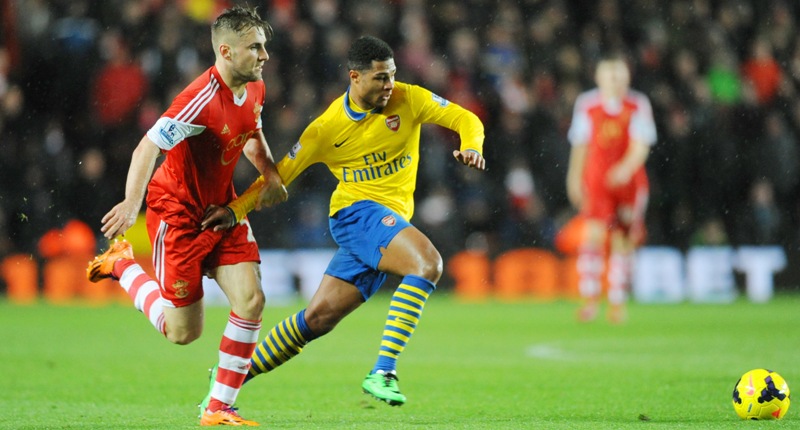 Winger Serge Gnabry could make his West Brom debut at home to Manchester City tonight after completing a season-long loan switch from Arsenal.

The 20-year-old has made ten Premier League appearances in all, his only goal coming in a 2-1 win at Swansea two seasons ago.

Though Arsenal’s star-studded selection of midfielders could find no way to break down the West Ham rearguard on Sunday, Gnabry is seemingly not in manager Arsene Wenger’s immediate plans.

But Baggies boss Tony Pulis thinks the young German could be a real asset to his team.

“We’re delighted to add Serge to our options,” said the former Stoke boss.

He is a top player and he will bring us quality in certain areas of the pitch.”

The Argentina midfielder won the Champions League with Inter in 2010 and admitted the chance to play in that competition again was too good to turn down.

“I hope to play as many games as I can in the Champions League,” said the 34-year-old.

“Everyone is happy that Olympiakos will be involved in the competition.”

The curious tale of Kostas Mitroglou has taken another twist with the striker joining Portuguese heavyweights Benfica from Fulham on a season-long loan.

The 27-year-old moved to Craven Cottage for £11m in January 2014, signing a four-and-a-half-year contract but has made just one start in his time with Fulham.