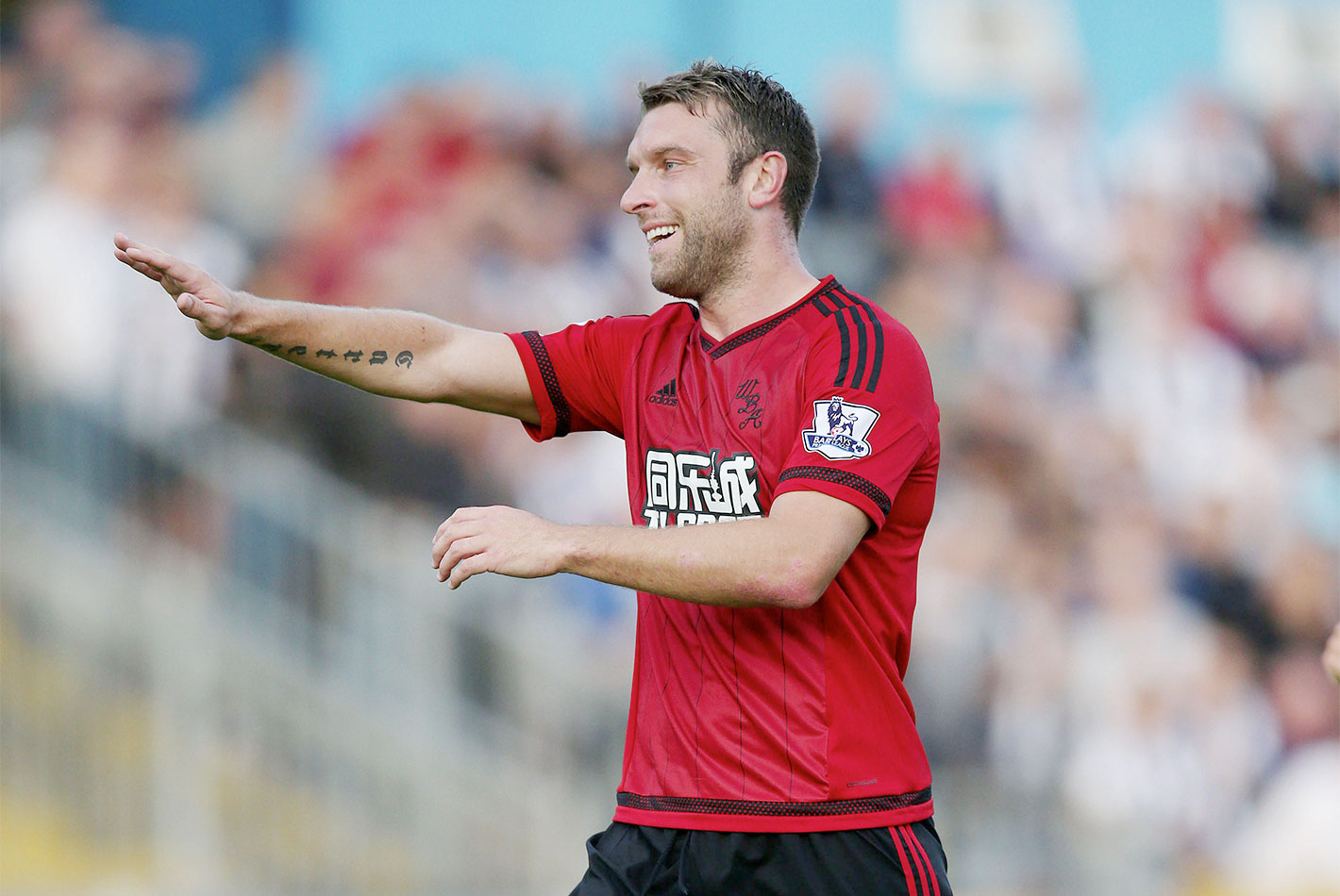 RICKIE Lambert wasted no time in adhering himself to the West Brom faithful as the striker bagged two goals for his new club just three hours after joining from Liverpool.

The 33-year-old put pen to paper on a new two-year deal for a reported fee of nearly £3million and netted twice in a 4-0 victory over his former club Bristol Rovers.

“Rickie is a good, strong, solid player who is a great character, good in the dressing room and good on the pitch,” said West Brom head coach Tony Pulis. “We are very pleased to have him on board.”

West Brom are the eighth club Lambert has played for, having started his career at Blackpool before making a name for himself at Southampton where he scored 117 times in 235 appearances, after signing from Bristol Rovers in 2009.

Lambert then realised a lifetime dream last summer by joining his boyhood club Liverpool, however, he failed to rediscover his Saints scoring form at Anfield, managing only two league goals in 25 games last season.

Meanwhile, Aston Villa continue to be busy ahead of the new season after also bringing in Blackburn striker Rudy Gestede and Nantes midfielder Jordan Veretout.

Benin international Gestede scored 22 goals for Blackburn last season, including 20 in the Championship.

The striker becomes manager Tim Sherwood’s ninth summer signing, while Veretout – who made 146 appearance for French side Nantes – is the fourth recruit from Ligue 1.

“I’ve known about Rudy since he was at Cardiff and he is a player I’ve always admired,” said Sherwood.

His goalscoring ratio last season was fantastic and he is someone who certainly knows how to find the back of the net.

I know Veretout is very highly rated over in France so we are delighted to get this deal over the line.”

However, one player to leave the Premier League is Stevan Jovetic as he left Manchester City for Inter Milan, although some doubts remain over the deal.

City claim the 25-year-old has moved on a one-and-a-half year loan deal with a view to a permanent transfer.

But the Italian side said on their website that the Montenegrin had signed a contract until 30 June 2019.

He joined City from Fiorentina in 2013 for £22m but has been plagued by injury and managed just 11 goals in 44 games.

Inter are managed by former City boss Roberto Mancini, however, he was sacked two months before Jovetic’s signing.