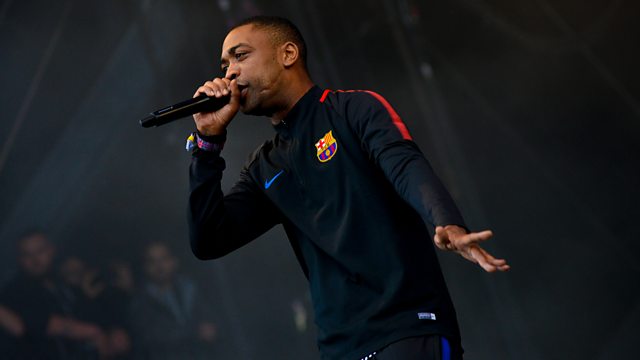 The Football Casuals movement is making a major comeback, with football jerseys and apparel storming the street fashion scene. The Godfather of Grime himself, Wiley, embraced the trend at Glastonbury this summer as he took the stage in a full FC Barcelona tracksuit.

Matching track suits are a staple for the likes of Stormzy, Snoop Dogg and countless other artists, while jersey culture is heating up with stars like AJ Tracey and Drake. Combine the two trends and BAM! – you’ve got the next wave of casual. Wiley executed it perfectly, stealing the spotlight on stage in a Barcelona 1/4 Zip Training Top paired with the Barcelona Training Tech Pant, both available here at Life Style Sports. Check it out:

So where did this Football Casual subculture come from? Long story short, it basically started with the Mod movement in the ‘60s and ‘70s – a trend which gave young, working-class lads a space to engage with fashion while maintaining their identity. This casual look rebelled against the traditional fashion of older generations, yet there was a still an element of uniformity. In time, casual fashion evolved to include jerseys as a wearable fashion item, and became a way to identify with football and your favourite team too.

Most recently, the trend that is now known as “jersey culture” has grown at a rapid pace, and lads are bringing the jersey back into their casual fashion rotation. The choice of jersey has evolved too – football casual is no longer just about identifying with your favourite team, but choosing the right jersey for a unique look. Guys are now making more interesting choices in teams and kit, including full tracksuits like Wiley wore, to separate themselves from a typical football supporter with their look – looking more like a proper baller than a fan. The result? European club jerseys are proving more and more popular to wear, whether they support the team or not. Does Wiley support Barcelona? Probably not. But that’s not the point – it’s the look he wants, and he was the only artist at Glastonbury sporting his own distinctive look.

Whilst a football casual look is often sported by hip hop stars and grime rappers who can give it a very elite touch, all the latest on-trend football apparel is easily accessible to you and available right now at Life Style Sports.

Ready to own the look? We’ve got all the big European teams like Barcelona, Paris Saint-Germain, and Real Madrid for you to start your own football casual collection with. Grab a new pair of trainers to start rocking your fresh new look like a pro.

Embrace your inner Wiley and spot the newest wave of Football Fashion. Shop our range of European Club Kits at Life Style Sports.