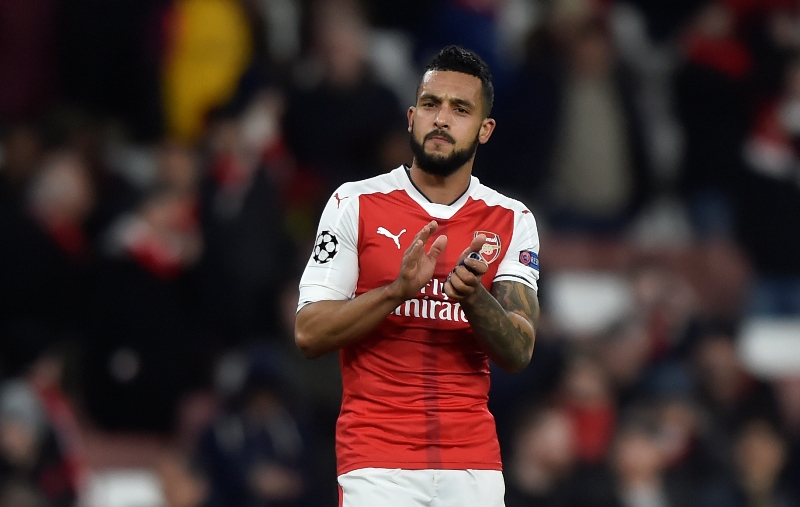 How Walcott can get back into England contention

There was some surprise amongst pundits when Theo Walcott was not named in Gareth Southgate’s most recent squad for games against Germany and Lithuania.

Jermain Defoe, Marcus Rashford and Jamie Vardy were the chosen strikers while Raheem Sterling and Alex Oxlade-Chamberlain provided the wide threat from midfield.

But Walcott had 17 goals to his name at that point, more than anyone else in the squad, and with seven games still to play is on course for his best ever season in front of goal.

The Gunner has managed to remain injury free for most of the campaign which has enabled him to make more starts in 2016-17 than in any season since 2012-13.

Southgate said Walcott was still very much in his plans after his most recent exclusion but the Arsenal wide man was also left out of the European Championships squad last summer.

England’s next games are in June when they’ll face Scotland in a World Cup qualifier and France in an international friendly.

If Walcott is to earn himself a place in Southgate’s squad he’ll need a strong finish to the season to leapfrog Sterling and Oxlade-Chamberlain in the pecking order.

His England rival at Arsenal

Arsenal team-mate Oxlade-Chamberlain has, like Walcott, struggled for consistency of performance and fitness in recent years but is always in and around the England setup.

He’s made 23 starts, five less than Walcott this season and can play across the midfield while Walcott is generally wide or further forward.

The England man has six goals, his best ever campaign for Arsenal, which is well down on Walcott’s tally but he has made five assists this season to his clubmate’s two.

Sterling has flourished under the guidance of Pep Guardiola this year and is arguably having the best season of his young career to date.

City look much better placed than Arsenal to finish inside the top four and secure crucial Champions League football as well to further enhance the 22-year-old’s development.