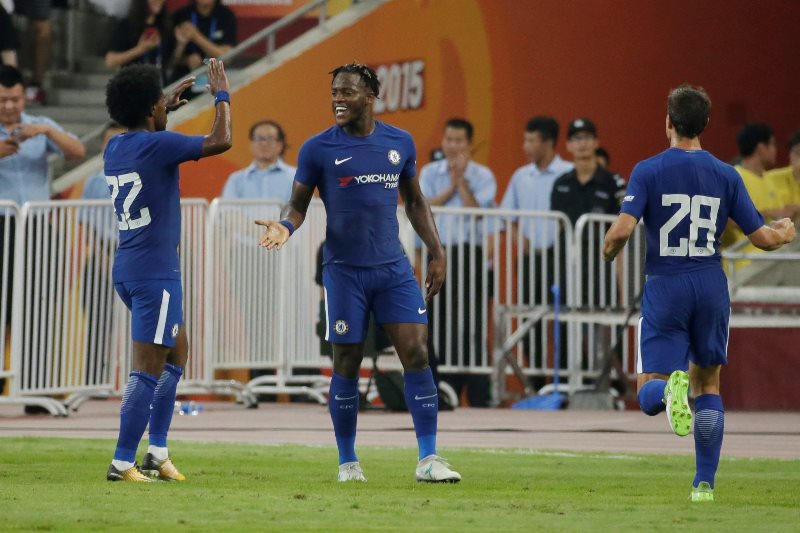 Our verdict on every new home kit in the Premier League

Fashion is a more prevalent aspect of Premier League football than ever before in 2017 and with kit manufacturers and sponsors (including sleeve sponsors now, remember) involved in what has developed into a multi-million pound industry, every team produces a new strip for every season.

The summer is usually when fans get the chance to cast their eye over their side’s fresh strip – unless they’re one of those that commits the heinous crime of sporting their swanky new threads on the final day of the previous season – and ahead of the 2017-18 campaign, we’ve given our verdict on every home kit that will be worn when the top flight gets back under way.

It’s always nice to start on a high note.

Now onto their fourth kit manufactured by Puma, the Gunners will be wearing arguably the slickest effort the German brand have served up yet.

This jersey just looks unmistakably Arsenal, doesn’t have any unnecessary flourishes and that two-toned collar is majestic.

The Cherries have seemingly moved up in the kit world by snaffling themselves a solid, if unspectacular Umbro design.

There isn’t too much to displease the eye here, although you’d need a magnifying glass to notice the Umbro branding running down the sleeves.

Brighton & Hove Albion are back in the big time for the first time in 34 years and have been handed their own take on Nike’s 2017-18 vapor template but why, oh why, are the sleeves and upper back a different tone to the traditional royal blue of the stripes?

It’s enough to get Seagulls fans in a flap.

The Clarets’ 2017-18 strip is a take on the most widely distributed Puma template for the new season (the blur-like pattern down the sleeves is the biggest giveaway).

In truth, this one looks pretty snazzy, which is in no small way thanks to the decision of the manufacturers to include a lot more sky blue than in previous Burnley efforts.

After taking the reins from Adidas, Nike have wheeled out their 2017-18 template almost entirely in royal blue, and boy, does it work.

If you look closely, there are some feint patterns on the chest but this kit is a triumph for minimalism – Antonio Conte’s boys will certainly look the part as they attempt to defend the Premier League title.

The Eagles’ new home kit features the names of the five boroughs at the heart of south London that converge at Crystal Palace – Bromley, Croydon, Lambeth, Lewisham and Southwark – subtly printed on the back of the jersey.

That might please patriotic south-Londoners but aside from that, there isn’t a huge deal to get excited about, barring a return to a traditional multitude of horizontal stripes.

The Toffees have invested heavily in their squad this summer and will be hoping that their football catches the eye – because their new kit probably won’t.

Umbro have appeared to try and create a signature look for their shirts this year with branding running down sleeves but the dull navy blue used almost gives this strip an unfinished feel.

Meanwhile, the dark blue undersides of the sleeves also appears a bit clunky – this one won’t go down as a classic.

Fair play to the designers behind Huddersfield’s latest strip for showing some flair when they whipped up this effort.

Blurring the blue stripes on the Terriers new shirt might have worked in principle but on the pitch, it looks something of an eyesore.

You have to look closely but the Foxes’ latest strip is another variant of the same template used for Burnley’s 2017-18 strip.

As they have done for a fair few years now, Puma have cultivated gold into Leicester City’s secondary colour.

There isn’t too much difference to Foxes kits of the past few years but it’s also not likely to dilate the pupils at any real velocity.

Paying homage to a historical kit is something that designers will repeat forevermore.

For Liverpool’s 125th anniversary year, manufacturers New Balance have knocked this one out of the park, creating a kit that blows their previous efforts out of the water.

This is without doubt the Reds’ classiest strip for many a year and one that will likely stand the test of time, ironically too, given its retro leanings.

Nike’s 2017-18 template is in play once again at the Etihad Stadium but, like with Chelsea’s kit, simplicity has heralded something rather slick.

The navy blue sleeves on City’s last kit looked a bit awkward but this newest iteration is vibrant and decidedly modern.

Week in, week out, you know what you’re going to get.

It’s nowhere near as striking as the Red Devils’ two-tone 2016-17 strip but there’s also little wrong with this conservative effort from Adidas.

For their return to the Premier League, Newcastle have been handed a very classy-looking Puma strip, which is all the better for being predominantly black and white.

It doesn’t necessarily lose any style points for the bright blue sponsor but it might for the red names and numbers that will adorn the backs of Jonjo Shelvey and co. 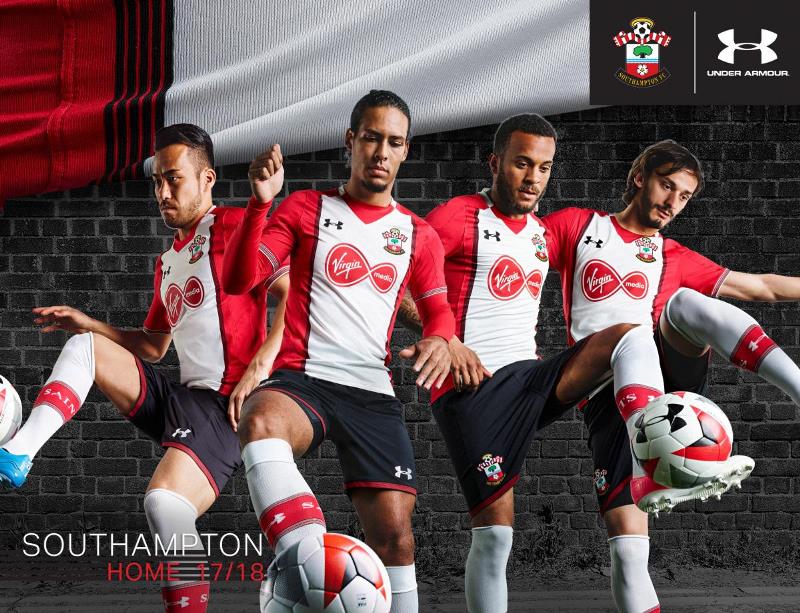 One likely to polarise opinions, American suppliers Under Armour have boldly dispensed with Southampton’s traditional stripes for one huge white insert down a predominantly red shirt.

However, the offbeat quirks of Saints’ new threads create something that stands out and, as the sum of its parts, looks pretty smart.

The Potters will be sporting a kit designed by Macron for the second season in a row and unfortunately, there’s very little to shout about with their latest strip.

It’s not one likely to get Stoke fans rushing to the club shop – somehow, it just doesn’t look like it belongs in the Premier League.

Less is sometimes more, except when it’s not.

Joma have produced a new kit for Swansea that tries its best to be stripped back but a slightly awkward-looking sponsor makes for something that suffers from the same problem as Stoke’s 2017-18 effort – it screams EFL.

Spurs may be a little miffed that their kit is basically identical in design to Chelsea and Manchester City’s but they’re probably too busy basking in the same breed of coolness.

Harry Kane and his Tottenham team-mates are set to look the part at Wembley Stadium next season and the traditional shield shape put around the badge is a nice touch from Nike.

There’s nothing hugely out-of-place with the Hornets’ new kit but it’s something of a shoulder-shrugger, suffering from the same problem as Stoke’s and Swansea’s.

The Baggies’ latest offering is a bit of a mess.

With the thin Adidas stripes running down the sides clashing with the traditional blue stripes down the front, which in turn are dissected by the kit sponsor, West Brom’s new kit is awfully jumbled.

Umbro have served up a strip for the Hammers that is slick and modern but still has accents that hark back to kits of days gone by – look closely and you’ll notice the upper chest detailing that resembles West Ham’s famous Pony strip of the early nineties.