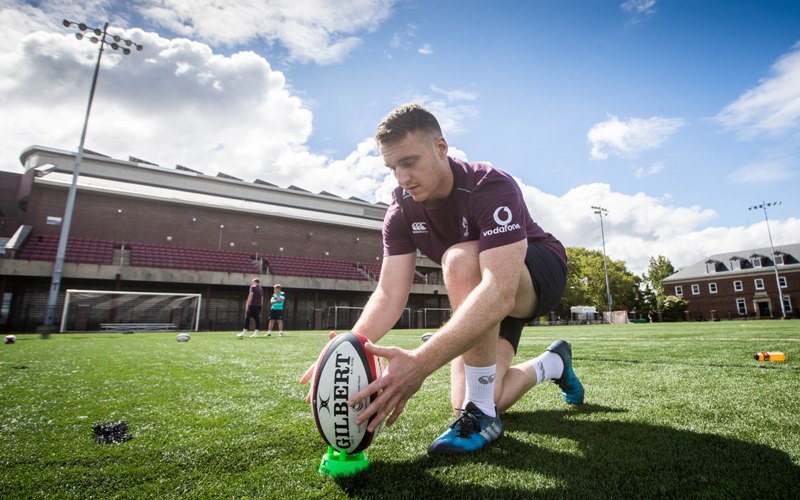 Which uncapped aces could be breakout stars for Ireland against the United States?

On their last transatlantic jaunt, Ireland secured a first-ever victory over the All Blacks.

Just over seven months on from that historic day in Chicago, the men from the Emerald Isle will be back stateside as they take on the United States at the Red Bull Arena in Harrison, New Jersey, on Saturday, the first of three mid-year Tests.

This will be the ninth time Ireland have played the Eagles – they have won the eight previous meetings between the two nations.

But with a host of the country’s biggest stars on duty for the British & Irish Lions in the Southern Hemisphere, this weekend’s American adventure could provide a number of uncapped Ireland players with the opportunity to strut their stuff.

We’ve taken a look at three men who could make their Ireland debuts.

Rory Scannell has had to bide his time for his Ireland bow but has been on head coach Joe Schmidt’s radar for some time.

In November last year, the 23-year-old Munster centre was named in the Ireland squad for their triumph over Australia at the Aviva Stadium while Scannell was also unused in this year’s Six Nations, where he watched brother and club team-mate Niall make his Test debut.

The Munster playmaker shone at Thomond Park last season, earning a spot in the Guinness PRO12 Dream Team, and although he may be asked to provide cover at fly-half against the States, don’t bet against Scannell finally earning international honours in New Jersey.

He has yet to even make his senior debut for Leinster but a weight of expectation has already been placed upon the shoulders of James Ryan and Ireland chief Schmidt clearly believes the hype.

The legendary Brian O’Driscoll was famously picked for an Ireland squad before he had played a senior game for Leinster, so the exciting 20-year-old lock is in exalted company in that regard.

He impressed in the 2016 U20 Six Nations and then captained Ireland to the World Rugby Under-20s Championship final later that year.

Will this young Leinster livewire be let loose in the USA?

The numbers don’t lie for Jacob Stockdale and his productivity was clearly the driving force behind his Ireland call-up.

The 21-year-old winger or full-back crossed the whitewash nine times for Ulster last term, which placed him as the joint second-highest try-scorer in the Guinness PRO12 – tied with Munster pair Ronan O’Mahony and Andrew Conway – behind Steffan Evans.

Alongside Ryan, Stockdale has been a regular international at U20 level and his experience of dotting down for his club gives him as strong a case as any for a run-out at the Red Bull Arena.