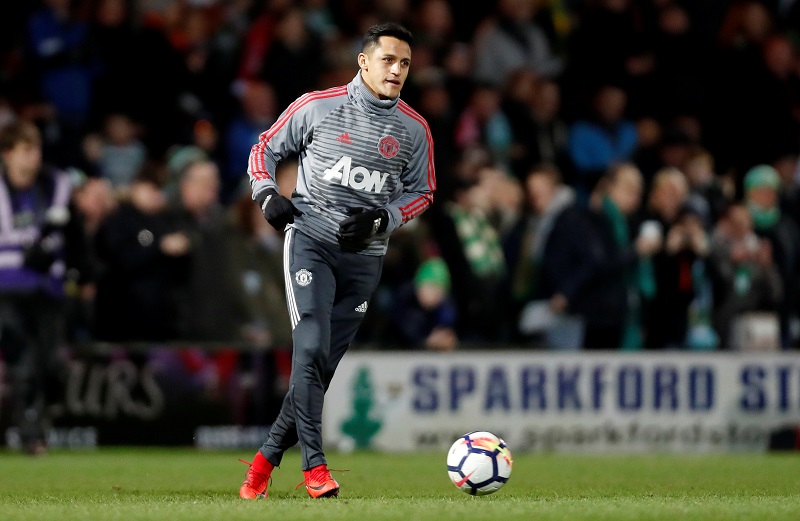 It was a record-breaking January transfer window for the Premier League as clubs made season-defining moves into the market.

The £430 million spent by clubs was double the outlay in 2016 and Wednesday’s deadline-day splurge of £150 million was the most ever.

But in the middle of this, some deals stood head and shoulders above the rest as having the potential to transform seasons.

Here, we take a look at five of the best.

United landed a marquee signing without spending a dime – a piece of transfer savvy rarely evident under Ed Woodward.

But the fact is they have a world-class talent in Sanchez with which to launch an assault on the cup competitions, after Jose Mourinho officially conceded defeat in the title race.

The Chilean’s ability to play in the Champions League makes this a defining deal and his fine display at Yeovil Town in the FA Cup is a sign of the value of the asset.

Finding the perfect spot for him in the system will be a challenge, with Anthony Martial and Jesse Lingard in fine form, but it’s the best kind of headache for Mourinho to have.

The signing of Aubemeyang, the result of a deadline day super-deal involving several other huge clubs, has the potential to evolve Arsenal as a force in the English game.

Arsene Wenger is loosening his grip on every element of the recruitment process and as a result, the Gunners can now call on one of the world’s elite strikers.

Pace in behind hasn’t been the hallmark of Arsenal forwards lately so the signing of the Gabon striker to play with Henrikh Mkhitaryan could lead to a genuine style shift.

And in this market, a fee of £56 million for last year’s Bundesliga player of the year looks like decent business.

The potential of the Brazilian, huge as it is, is largely untapped and Mauricio Pochettino has the chance to go to work on enabling a real talent.

Moura hit the ground running at PSG – thriving particularly under Laurent Blanc – but the arrival of Kylian Mbappe seemed to stunt his progress this season.

The 25 year-old was said to be happy in Paris but like Aubemayang, Spurs snapping him up for a relatively reasonable £23 million is an excellent acquisition.

He is eligible to play in the Champions League having not made an appearance in the competition and Spurs now have one of the most exciting front lines in Europe.

Pep Guardiola targeted the Bilbao boy a year ago and now he has his man, albeit costing a pretty penny at a club record £57 million.

It seems like a risk to take on a central defender yet to win a full international cap, but reports suggests Laporte is every inch the modern centre-half.

Mobile, comfortable on the ball and capable of absorbing the kind of detail Guardiola imparts upon his players, the 23-year-old is expected to make an immediate impact at City.

Yet to decide, perhaps, is whether the Frenchman is the ideal long-term partner for John Stones – with whom, in style of play at least, he shares several traits.

OK – this deal isn’t going to knock anyone’s socks off, but for Swansea City it could be the difference between survival and relegation.

To make a profit on a highly-rated player, who West Ham inexplicably disposed of on deadline day with only one other fit striker, having sold him to the Hammers is a coup.

Ayew is pacy and athletic but also, with his advancing years, has developed nous across a variety of positions that will serve Carlos Carvalhal extremely well.