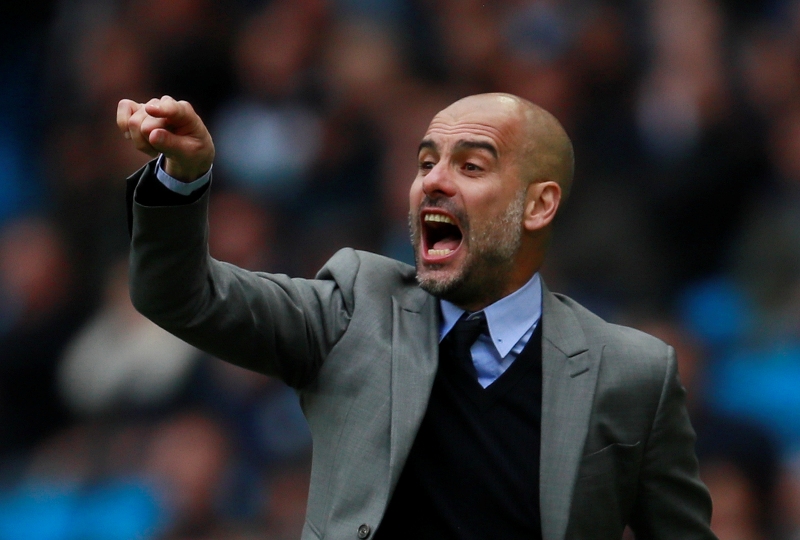 Which three stars have flourished under Pep Guardiola this season?

After creating the greatest Barcelona team ever and winning trophy after trophy at Bayern Munich, it is fair to say Pep Guardiola had quite the reputation to uphold when he arrived in England last summer.

But his first year at Manchester City has been a damp squib, with no trophies and a fight just to stay in the Champions League on his hands in the closing weeks of the season.

This weekend Guardiola gears up to face Leicester City, one of the teams to have destroyed his side with a 4-2 win in December.

That is one of several lows, with their Champions League loss at Monaco and 4-0 thrashing at the hands of Everton another two examples.

But Guardiola has undoubtedly improved several first-team stars, and with these three in the team next season, City fans have more reasons to be optimistic than not – despite a worrying 12 months.

Okay, so David Silva was admittedly a bona-fide star before Guardiola had even touched down at Manchester airport, but the midfielder’s game has transformed this season.

Previously a No.10 with feet as quick as his mind and an appetite for goals, Silva was arguably the best attacking midfielder in the division.

Great to be back! pic.twitter.com/lPDthX3oKP

But time waits for no man, and Silva’s production noticeably slowed last season as he battled injury and a loss in form.

With younger, more agile players in City’s attacking ranks and Guardiola’s insatiable desire to see his side press high up the pitch, it was hard to see Silva retaining his old place in the team.

But Guardiola has dropped him back into the heart of midfield, and the results have been spectacular.

The 31-year-old is a player reborn. He no longer bounds forward, but instead controls the game and uses the pace and energy of his younger teammates to play defence-splitting passes.

Goals still play a big part in his game, as showed by his clinical finish against Crystal Palace on Saturday.

He may be slower than he once was, but Silva is gradually becoming a deep-lying playmaker and, with Guardiola in charge, it is a position he could hold for years to come.

There are few players capable of getting bums off seats in the Premier League today, but watching wing wizard Leroy Sane is worth the admission price alone.

It took the German a while to find his feet after arriving from Schalke last summer and being one of Guardiola’s first signings brings significant pressure.

But since he scored a vital goal against Arsenal just before Christmas, Sane has become one of the brightest attacking forces in the Premier League.

The 21-year-old seemingly glides across the turf with the ball effortlessly stuck to his boot, leaving defenders frightened of touching him in the penalty box.

An eye for goal is also crucial for a winger, and Sane has netted nine times since December – ably backing up main striker Sergio Aguero.

It took him a while to prove his worth, but predictions that Sane is on his way to greatness may not be wide of the mark.

On the face of it, Fernandinho is a world away from Pep Guardiola’s ideal central midfielder. He is defensive-minded, erratic in possession and uncomfortable going forwards.

But the Brazilian has become a vital cog in an area of the pitch Guardiola will surely upgrade this summer. 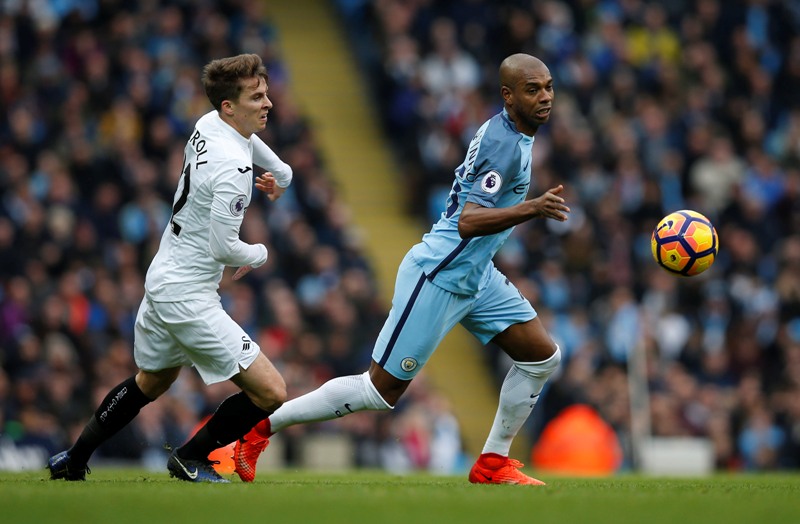 He is a leader, a good communicator and a re-assuring presence for the younger members of the squad, surpassing Yaya Toure as City’s most important centre midfielder.

In a team where attacking is the holy grail and defending is a nuisance, Fernandinho has offered both balance and a willingness to do the dirty work.

Admittedly, his discipline can be suspect – he received three red cards in five weeks – but take him out of this City side, and who knows where they will end up.