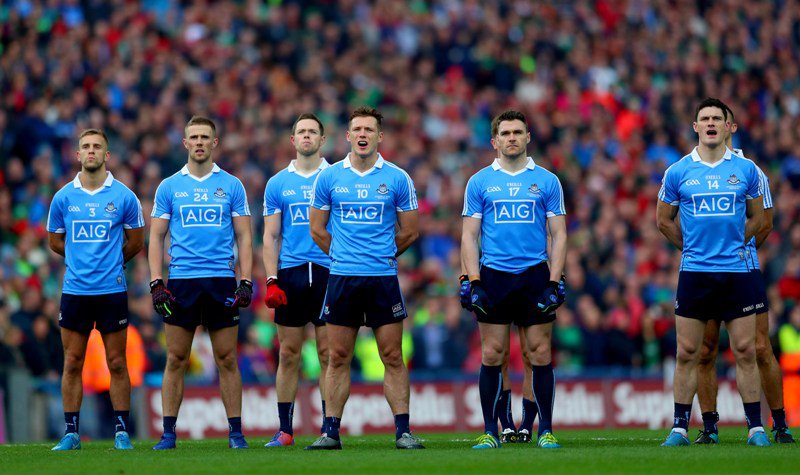 Which three players will be crucial in helping Dublin secure another All Ireland title?

Dublin are looking to add yet another All-Ireland Championship to their bulging trophy cabinet and assert their dominance on the Gaelic football stage.

After comfortably swerving an upset in their Leinster SFC quarter-final against Carlow, sweeping aside the Barrowsiders 0-19 to 0-07, Dublin will now take on Division 3 side Westmeath in the semi-finals.

In what should be a formality for the Dubs – remember, they have handily beaten the Lake County in the last two Leinster finals – we take a look at three key players that could steer them to All-Ireland glory once more.

Is there a more dangerous man in both football and hurling than Con O’Callaghan? The dual weapon has now turned his attention back to football and only added to his growing reputation when he bagged both goals and five further points  for Dublin Under-21s to bury Longford 2-10 to 0-9 in the Under-21 Leinster semi-final back in March.

But last time out, on his senior Championship debut, he initially struggled to get on the ball against Carlow after starting in the full-forward line. O’Callaghan eventually finished with 0-2 as he eased himself back into football life.

But O’Callaghan is a young prospect with bags of potential and it’s the sort of firepower he showed for the Under-21s that the Dubs will need to harness if they are to get to the All-Ireland knockouts once more.

When on form there’s just no stopping Paul Flynn. The four-time All-Star is the perfect half-forward role model.

The Fingallians club man has been breaking lines for fun during his nine years on the Championship scene and will be crucial in the Sky Blues’ pursuit of a third successive All-Ireland crown.

He has been the complete player for Dublin, their go-to man when they’re in need of some creativity and still only 30, there’s plenty more to come from Flynn yet.

Cooper was a key cog in that team’s success and his return to the team after picking up a nasty ankle injury in February could not be better timed.

The Na Fianna man was in the wars against Carlow in the quarter-final after getting involved in an off-the-ball-scuffle with Brendan Murphy, which eventually saw the Barrowsiders man sent off.

But his grit and drive has helped steer Dublin to glory in the past and the Dubs will rely upon his winning mentality to bring home the Sam Maguire Cup once more.