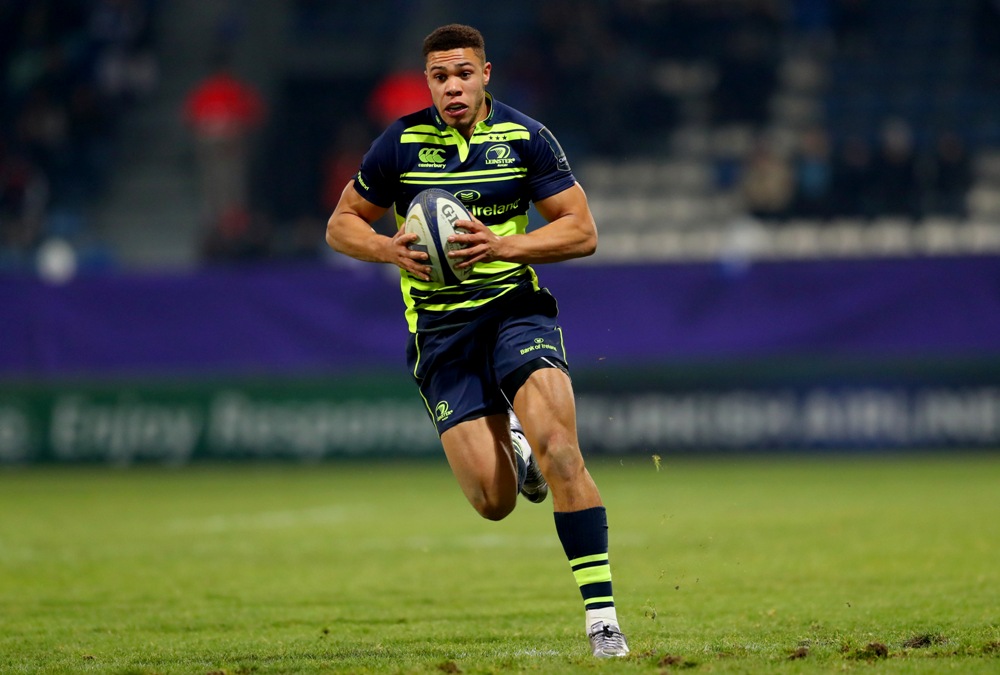 After an emphatic 54-22 victory over Newport Gwent Dragons on Friday night, Leinster are sitting pretty atop of the Pro12.

Last year’s beaten finalists have 13 wins – matched only by third-place Munster – but what’s more pleasing is the profile of their squad and the youngsters stepping up to take games by the scruff of the neck when the likes of Jonathan Sexton, Jamie Heaslip and Sean O’Brien are on Test duty.

Jack Conan stole the show again from No. 8 with two tries against Dragons, while 123 metres made, eight defenders beaten, four offloads, three line breaks and 16 tackles puts him in and around the top three for nearly every category in the official stats.

It is also easy to forget that – with a victory over the All Blacks under his belt – and six Pro12 tries this season, Joey Carbery has only just signed his first senior Leinster contract.

And three other stars who have continued to build their burgeoning reputation during the international window are Rory O’Loughlin, Adam Byrne and Ross Byrne.

Here we take a look at three potential superstars for Leinster and Ireland over the coming months and years.

Carbery was the name on everybody’s lips following his two-try competitive debut for Leinster, but with Sexton out and Carbery damaging ankle ligaments against Northampton Saints in the European Rugby Champions Cup, Byrne was forced to step up.

Byrne had three Pro12 starts to his name when Carbery limped off at Franklin’s Gardens, but the 21-year-old clambered off the pine to control the game and orchestrated a 37-10 win before starting the following week in a 60-13 victory over the same opposition.

The youngster, who – along with Carbery, O’Loughlin, former Ireland Under-20 captain James Ryan and four others – earned his first senior contract on Monday, benefitted from the steadying goal-kicking presence of Isa Nacewa, yet his open play has been a delight.

He has yet to score a try for Leinster this season, but he has looked a perfect fit as Leinster dismantled Ulster in an interprovincial derby and in the huge Champions Cup win over Montpellier, while those around him – Byrne and O’Loughlin to name two – have benefitted from his ball-playing skills.

If you were to design a modern-day winger, the chances are he would look like Adam Byrne – big, powerful, excellent kick-chase, great hands and great spatial awareness.

Despite the abundance of natural, physical talent, it has not been an easy ride into the Leinster first-team for the 22-year-old flier, whose has nine tries already for Leo Cullen’s side this year.

He made his Pro12 debut as an 18-year-old in 2012 against Connacht, but after suffering back-to-back broken legs, he would not play for Leinster’s senior side until January 2016.

The colossal winger made his mark this time last year with two tries in a month for the senior side, but he has powered forward this year and – as he showed on Friday against Dragons when putting over Luke McGrath – his combination of sharp game awareness and speed can be lethal.

It is a matter of when, not if, Byrne gets an Ireland cap, and when Scarlets arrive at the RDS on Saturday, he will be one of Cullen’s key men.

In Steff Evans, Johnny McNicholl and DTH van der Merwe, Scarlets have one of the league’s most dangerous attacking trios, but in Byrne, Cullen has the perfect man to cause some chaos of his own.

Flying centre Rory O’Loughlin made his name with a series of prolific, electric performances from the wing before strutting his stuff in the centres with equal aplomb.

He came on as a replacement in the Champions Cup against Saints and quickly made a positive impression with a try before repeating the trick a week later at the RDS.

Five tries in two games against Ulster and Zebre showed just how lethal a finisher he can be, while he now has eight tries in 16 Leinster appearances this term.

Like Carbery and co. those performances have earned him a senior contract, but his spectacular finish against Ulster – in which he took a short pop from fly-half Byrne and left five defenders for dead in a 50-metre race to the line – show the electric pace that make him a game-breaker at any level.