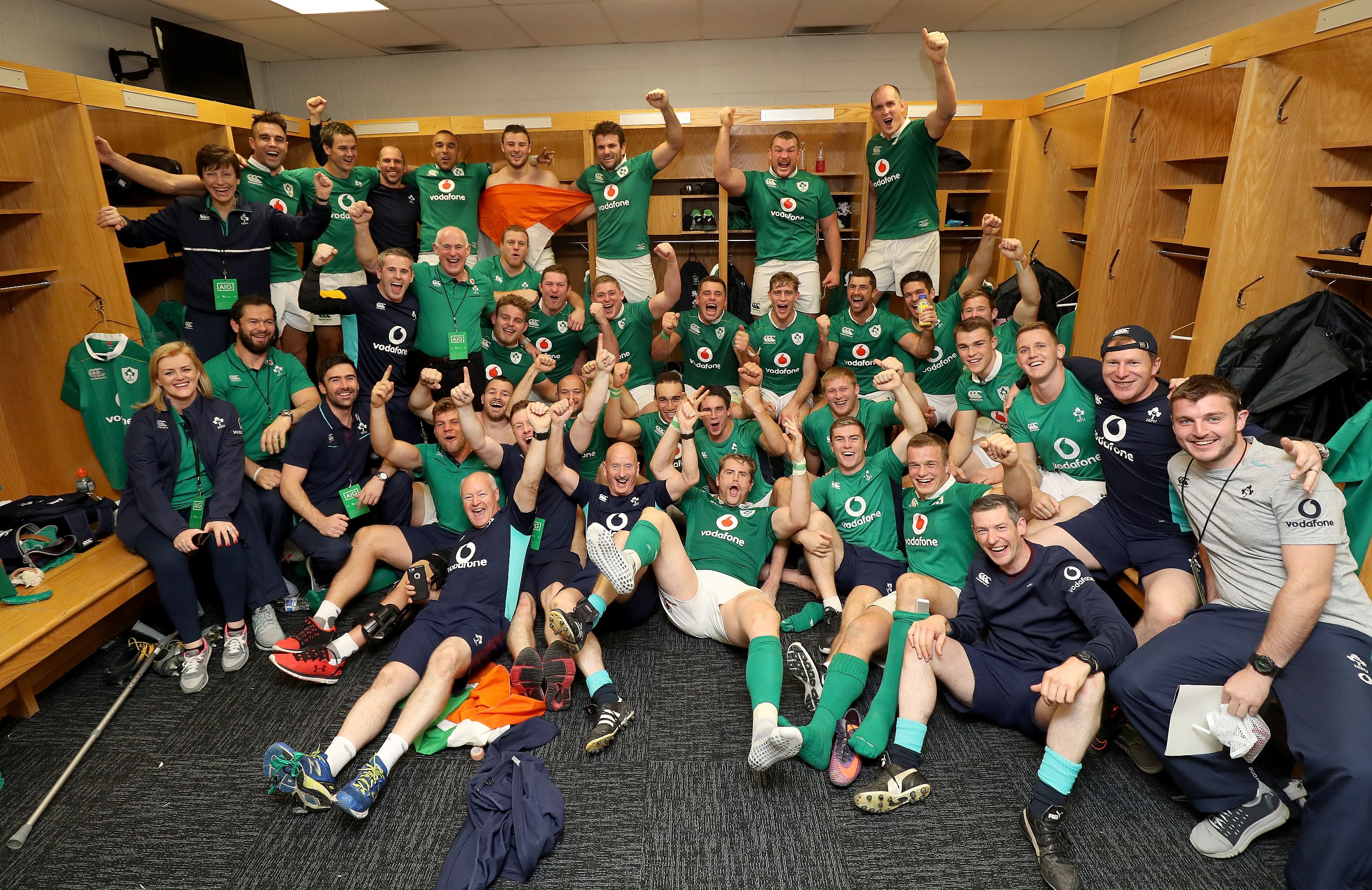 What an incredible performance it was from the Boys in Green on Saturday as they dispatched the All Blacks 40-29 and earned their first win against New Zealand in 111 years.

Ireland ran in five tremendous tries in Chicago to end the world record 18-match winning streak the two-time world champions had coming into the clash.

In a truly memorable afternoon for head coach Joe Schmidt, a New Zealander by birth, there were tries for Jordi Murphy, CJ Stander and Conor Murray as the Irish took a 25-8 lead into the break.

Simon Zebo and Robbie Henshaw ensured the victory despite an All Black backlash in the second half and the countdown until the re-match in Dublin in two weeks’ time is already underway.

Here are three things we learned from the weekend’s historic result:

Ireland form figure 8 in memory of Axel Foley as they face the haka #TeamOfUs #shouldertoshoulder pic.twitter.com/ss0uo2iRJW

An incredible crowd of 62,300 crammed into Soldier Field with captain Rory Best admitting the atmosphere felt like a home game.

Best, who joined Peter Stringer as the country’s fifth most-capped player by making his 98th appearance, added he felt it was right to lead a tribute to ex-Ireland captain Anthony Foley during the Haka.

The Ireland squad formed a figure of 8, Foley’s number, on the pitch during the All Blacks’ haka ahead of kick-off and the emotions it stirred in the Irish souls worked to great effect.

“It just felt like the right thing to do and it was our way, as an Irish national team, just to show a mark of respect to Axel [Foley] and his family,” Best said.

“It’s been a long time coming and history has been made. You can see how good a side they are and how much it means to our boys.

“We just talked about attacking New Zealand. If you give them ball and standoff them they’re an unbelievably dangerous outfit. It felt like a home game for us.”

The two hemispheres are closer than you may think

Congratulations @IrishRugby what a win.The best thing about history is creating it. You boys have done yourselves and your country proud. ??

With no northern hemisphere side reaching the semi-finals of the Rugby World Cup last year, there was plenty of talk of a significant gap between the Six Nations sides and those in the Rugby Championship.

England’s 3-0 series victory in Australia over the summer helped ease the concerns but Schmidt believes Ireland’s five-try success in Chicago proved once and for all that the equator doesn’t mark a massive divide in quality.

“I remember after the World Cup and people said ‘why is there such a big gap between north and south?’ But there’s no chasm there,” he said.

“It only takes a little bit of fluctuation for someone to be off their game and another team to knock them over.”

New Zealand are gracious in defeat

The Kiwis’ head coach Steve Hansen was very humble and honest in defeat as their 18-match winning run came to an end.

On the day, Hansen admitted the Ireland were the better side but will be looking for a quick response when his side face Italy on Sunday.

“We were beaten by the better side on the day and we have been saying for a while that Ireland are a good team.