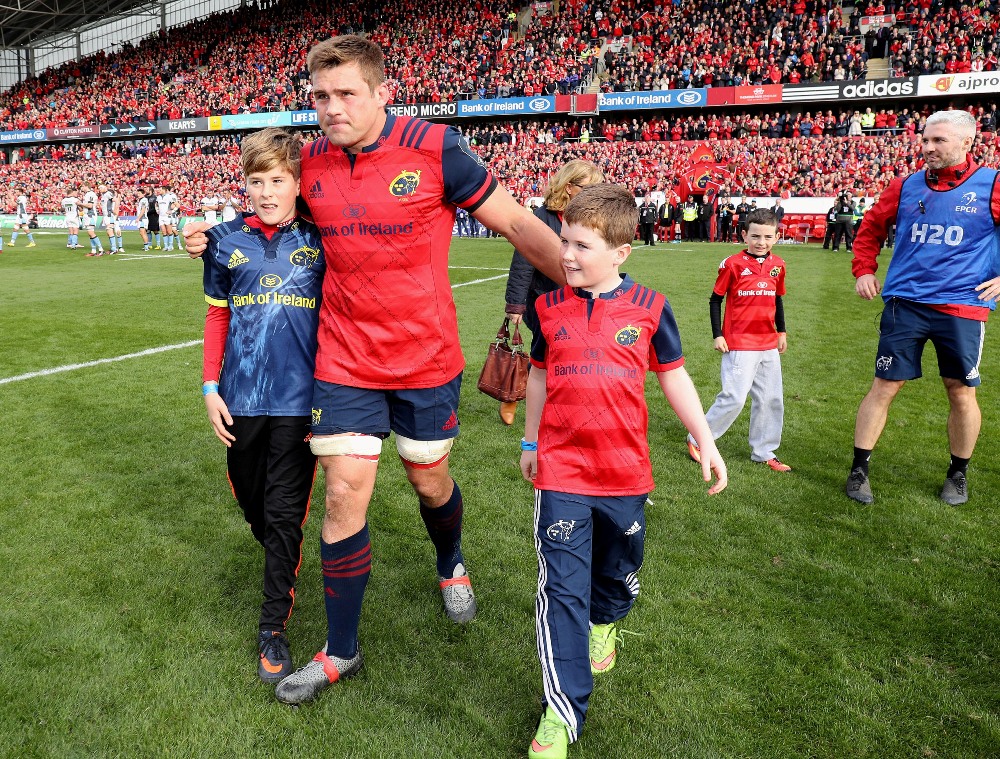 For raw emotion, frightening physicality and an unrelenting accuracy that belied the occasion’s scale, few games can match Munster’s performance in their European Rugby Champions Cup victory against Glasgow Warriors in October.

One week after Anthony Foley’s passing, Munster were brave to play the game and ferocious in the way they honoured the great No. 8’s name with a 38-17 triumph.

Keith Earls’ red card barely even registered as Rassie Erasmus’ side dominated a Glasgow outfit that had made Leicester Tigers look amateurish in the first round.

Since then Munster have lost just once in all competitions – against an embattled Leicester Tigers side at Welford Road – while Glasgow have bounced back from a slump in form instigated by their Thomond Park humbling to record home-and-away victories against Racing 92.

Munster have the psychological boost of a win at Scotstoun – 16-15 at the beginning of December thanks to Ian Keatley’s late drop goal – but Glasgow have been a rejuvenated in recent weeks and with the two teams poised three points apart at the Pool A summit, this has the makings of a classic.

Here we examine the three battles that could decide who takes a stranglehold on Pool A.

Outside-half Tyler Bleyendaal was outstanding during Munster’s Thomond Park victory over Glasgow, setting the tone with an individual try that got the home side off to a flying start that developed into an exceptional 80 minutes.

With 14 men on the field, Bleyendaal could well have sat deep and kicked the leather from the ball, but instead – and befitting the afternoon – he played with bravery, ran flat and hard, interesting defenders and putting his fliers through holes.

That form has continued – particularly in the Champions Cup where he has 57 points from four games – but in Finn Russell he comes up against one of the form tens in Europe.

Two fizzing performances opposite Dan Carter, in which he did his Lions prospects no end of good, were indicative of a player growing ever more comfortable at the highest level.

Both have the potential to win a game single-handedly, whoever grabs control at Scotstoun can hand their side the initiative.

Munster’s record try-scorer Simon Zebo is in the form of his life, looking both electric and solid from full-back.

The careless mistakes to which he was prone in the past have evaporated, while his uncanny ability to beat a man one on one remains.

His role in the victory over New Zealand in November has clearly added to his burgeoning confidence and he is increasingly influential in both red and green.

Stuart Hogg too is a player who combines a real running threat with a reliability under the high ball.

At 24 the Scotland man is approaching 100 appearances for Glasgow and he was named last year’s Six Nations player of the tournament.

He has scorching pace and great feet, but in Zebo he faces a man equally blessed in attacking ability.

What a season CJ Stander is having – is there a more in-form forward in the world? He seems to win man of the match on a weekly basis.

The normal rules don’t apply to South African-born Stander, the physicality with which he carries seems never to wane, with each harder than the last for 80 minutes.

He is quickly becoming not just the first name on Ireland’s team sheet, but is probably a shoe-in for a Lions spot too – the real question is whether that is at blindside or No. 8.

The relentlessness of Stander’s carrying is perhaps matched by Jonny Gray’s metronomic tackling.

Glasgow Warriors co-captain Gray didn’t miss a tackle in any competition for over two months earlier in the season – including Test matches against Australia, Argentina and Georgia – and is a huge talisman for Townsend’s side.

If Townsend’s side hope to stop Stander getting on the front foot, then Gray is surely their man, while the battle between the two could define the game.