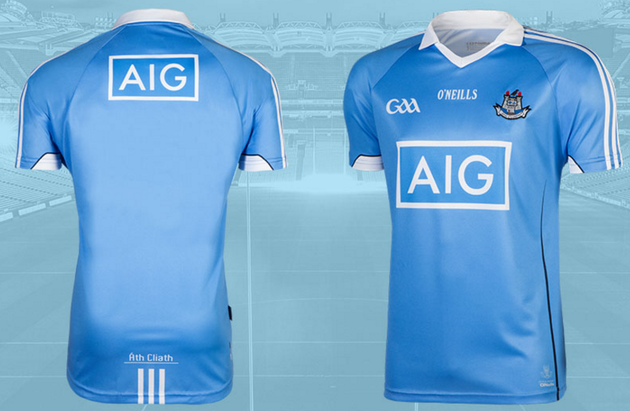 This is the second new jersey introduced by Dublin since AIG’s sponsorship began in late 2013.  The previous version has been the biggest selling GAA jersey in history.

Available to buy here, the new jersey takes its inspiration from Dublin jerseys of the past staying true to the heritage and history that makes it sacred to Dublin players and supporters.  It reflects the #DrawnFromHistory social media campaign which has supported the much anticipated launch.

The jersey will be worn for the first time in action this weekend as the Dublin minor hurlers face Kilkenny in the Leinster semi-final at Parnell Park on Saturday.

“The Dublin jersey is key to our identity. We are very aware of the heritage and history of previous Dublin teams and the jerseys they wore and we believe this is a modern version nod to those teams. The jersey will be worn across all four codes and we look forward to seeing it in action this summer.”