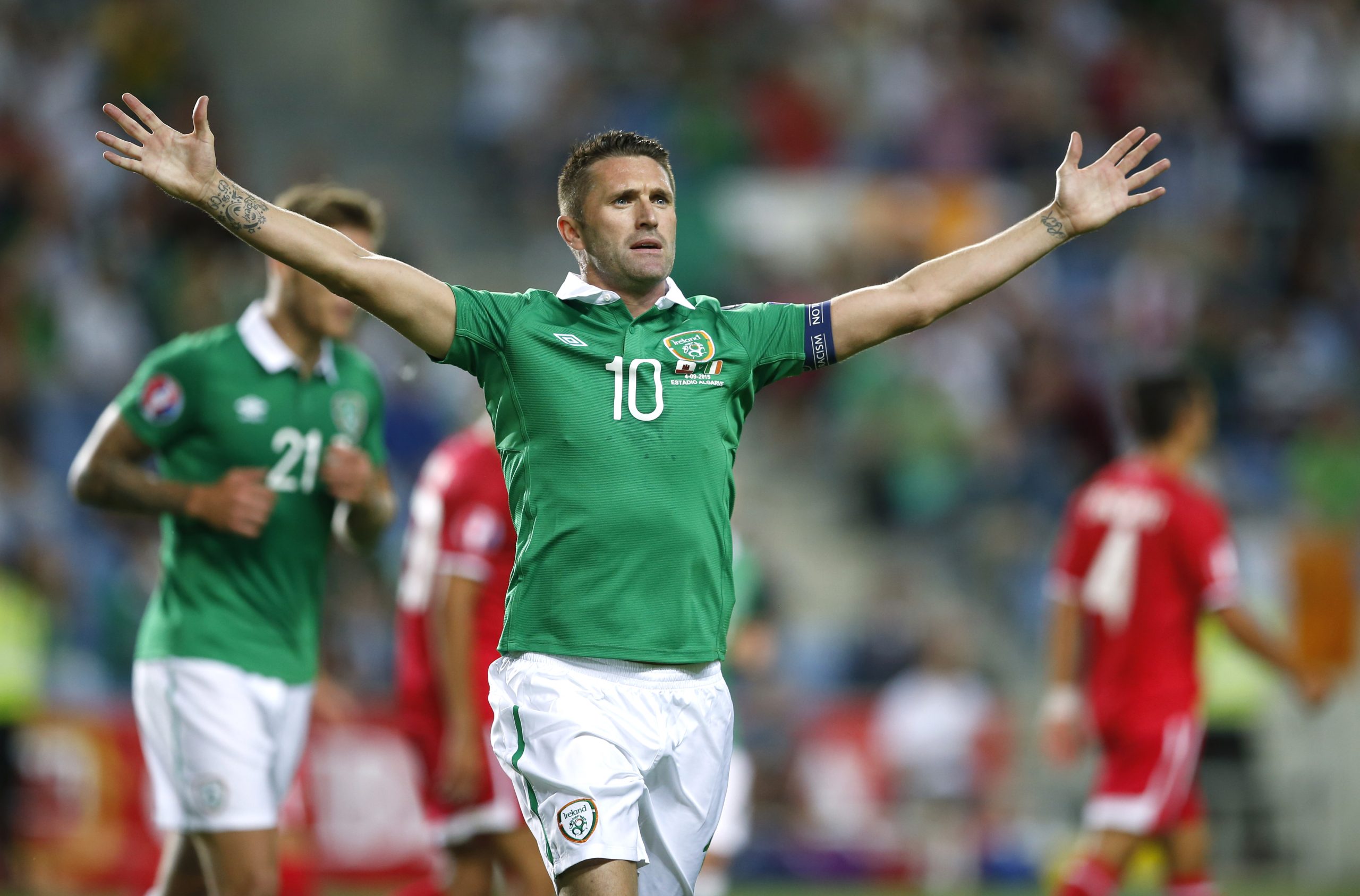 Robbie Keane is only focussing on the greater good as the striker puts personal achievements aside in order to fire the Republic of Ireland to Euro 2016.

After a weekend which saw Wayne Rooney equal Sir Bobby Charlton’s record of 49 international goals for England, Keane will attempt to rub shoulders with another world footballing great when Ireland host Georgia.

The 35-year-old needs one more international goal to match German great Gerd Muller’s tally of 68, and he will be gunning for it at the Aviva Stadium.

Keane overtook Niall Quinn’s previous national record of 21 goals more than a decade ago and hasn’t slowed down since, adding two more to his tally against Gibraltar last Friday.

But with Ireland currently third in Group D, striker Keane is only thinking about picking up a crucial three points and not individual accolades.

For me, the most important thing is the team,” Keane said.

“It’s not about Robbie Keane, it’s not about individual awards or scoring goals, it’s about the team qualifying for the Euros, and if I can be a part of that and help this team in any way possible, whether it’s starting or on the bench, I’m fairly happy with that.

“I wasn’t aware of that [the record] before the game. One of your lads [in the media] mentioned it after the game. Listen, to be up there with those names is incredible.

“I still don’t really think about it too much. It’s probably one of those that when I hang the boots up and look back at it, then I can give myself a little bit of a pat on the back. But at this moment in time, I am always looking for the next goal.”

It isn’t just on the international stage where Keane is flourishing, with the front man now in his fifth MLS season with LA Galaxy.

He has scored 68 goals in 102 appearances and was named MVP last season while leading his team to the MLS Cup.

And the veteran admits the secret to his success his simply keeping an open mind.

“As soon as you go into a different environment or set-up, you have to throw yourself into it, embrace the culture, knowing things are going to be a little bit different to what you are used to,” he said.

“I was very lucky at the very start that I had [David Beckham] there. When it was frustrating at times, he was the one who explained it would get better and the difference between the first six months and now is absolutely incredible.”