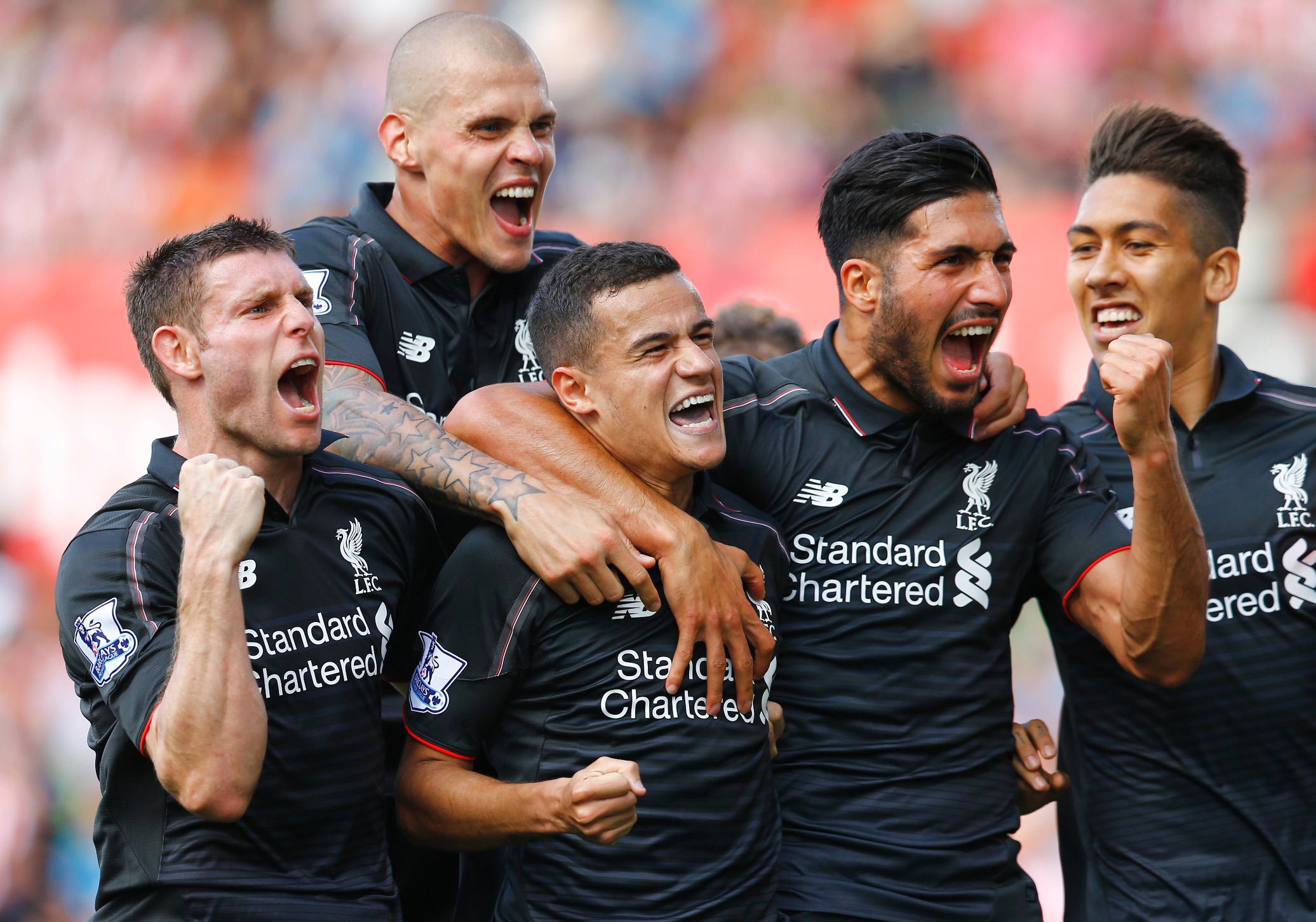 It might not have been pretty but Liverpool new boy James Milner admitted he couldn’t care less as he got life at Merseyside off to a winning start.

Liverpool had extra motivation to get their campaign off to a winning start as they looked to exorcise the demons of a final-day 6-1 drubbing at the hands of Stoke.

And in a hard-fought encounter the Reds went some way to doing exactly that as Philippe Coutinho’s spectacular long-range strike with just four minutes left saw them leave the Britannia Stadium with all three points.

Milner wasn’t the only Liverpool debutant on the day as Nathaniel Clyne, Joe Gomez, Roberto Firmino and Christian Benteke all made their first Premier League appearances for the club.

And while vice-captain Milner acknowledges Liverpool were perhaps not at their free-flowing best, he feels the fact they still clinched all three points will stand them in good stead moving forward.

“It is always about the results,” Milner said. “It takes time for players to gel and there have been a lot of new arrivals, not just on the pitch but in the coaching staff, too.

“There is a lot of quality there, a lot of younger guys, so there are going to be games when we have ups and downs but that is football. It is going to be like that all season.

You have to assess the situation and be able to adapt and play in different formations against different sides.

“It is a top team that can adapt and win games when things maybe aren’t playing to your strengths.”

Things couldn’t have been much different this time around and Milner is adamant the ability to keep Stoke at bay will prove crucial for the upcoming weeks.

“It was pleasing to keep a clean sheet, we looked really solid and as a team we did a good job,” Milner added.

“There are going to be games throughout the season where maybe you don’t play as well as you want.

You can’t always play free-flowing football, sometimes it is a battle and you need that bit of brilliance.

“The pleasing thing is we were solid, kept a clean sheet and Stoke didn’t really cause us too much problems with balls into the box. We kept a good line.”