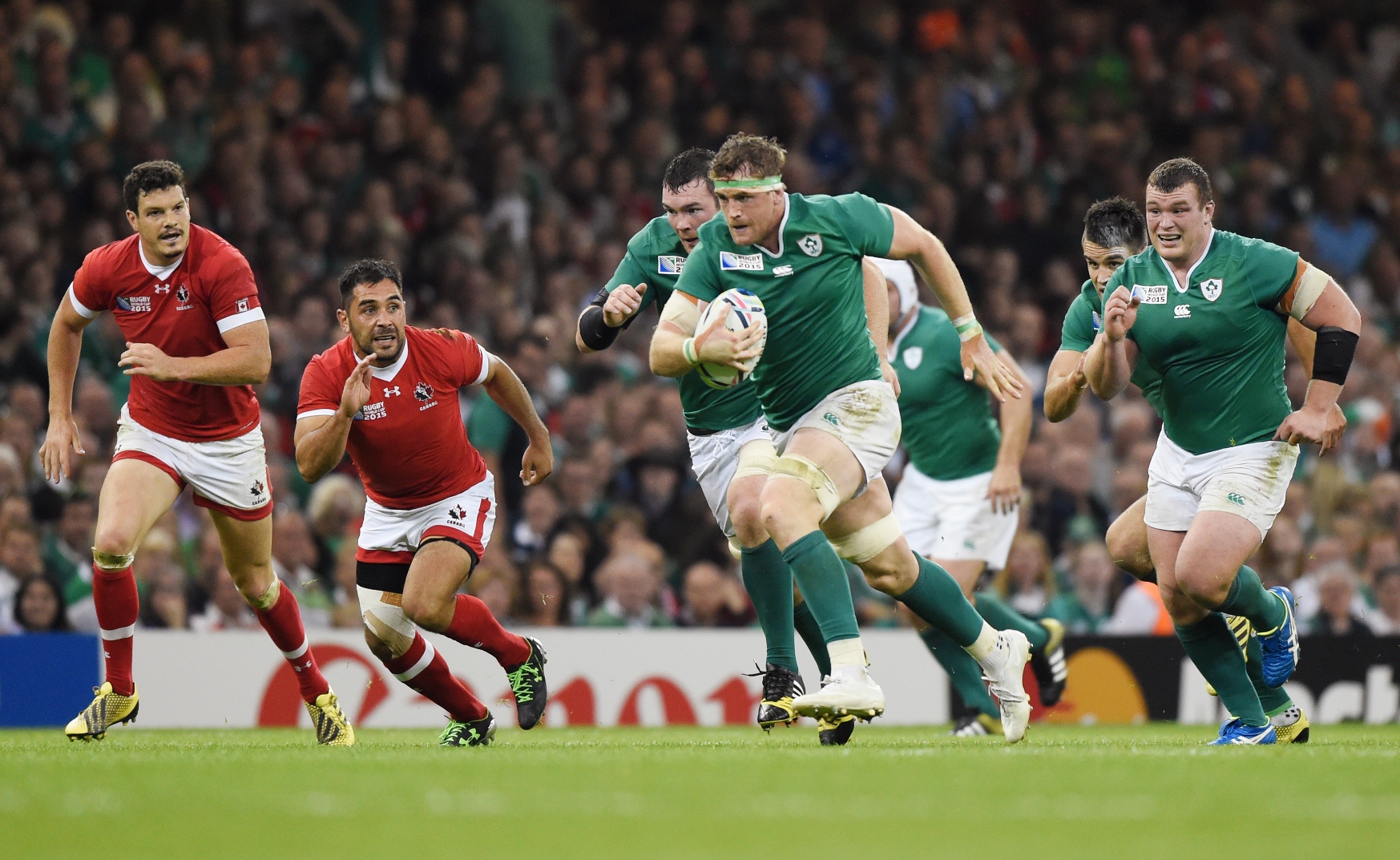 Ireland are expected to brush aside Romania with ease in their second World Cup match this weekend but Jamie Heaslip is adamant the men in green won’t be taking their opponents lightly.

Ireland tore Canada apart to the tune of a 50-7 triumph in their Pool D opener while Romania frustrated France before ultimately going down 38-11 in their first game.

Heaslip and co. have won back-to-back Six Nations while Romania are ranked 17th in the world – meaning the expectation is that Ireland will pick up a second bonus-point victory of the tournament.

But in a World Cup that has seen Japan upset two-time champions South Africa with a stunning 34-32 victory, No.8 Heaslip is taking nothing for granted and believes Romania have the weapons to cause his troops some problems.

“Romania are quite an athletic bunch and they have a lot of experience throughout their team,” said Heaslip.

“We’ve been looking at the width they bring to the game and the ferocity they have around the breakdown and their strength there.

“They have a very good scrum to launch off which we’ve been looking at as a pack and trying to create different strategies to negate that threat. They have a lot of experience and know how to play at this level.

“If you get into a kicking duel with them, they’ve got some really good counter-attackers and are pretty lethal on turnover.

I think everyone is aware you can’t take any teams in this competition lightly.

“I was actually up for the Japan game because my brother is married to someone from Osaka! So we were cheering them on and she was absolutely delighted.

“It shows you why people love sport – the script is never written. That’s why people are watching the competition because on the day in sport, it’s anybody’s.”

Coach Joe Schmidt is expected to make a number of changes to the XV which started against Canada as he looks to keep everyone in his squad match-sharp.

But while he understands the need for squad rotation, Heaslip claims the whole squad are desperate to play against the Romanians.

“Everyone is putting their hand up for selection this weekend. We’ve got a really strong, competitive group of players and that is driving the standards in training,” he added.

“You’re demanding a lot from yourself and the group around you. You get confidence from the high standards we’re demanding because you know what everyone is bringing to the table.

“That will elevate the group in terms of what we can deliver because you play as you train during the week. We’ve had some serious sessions and hopefully that will flow into the weekend.”