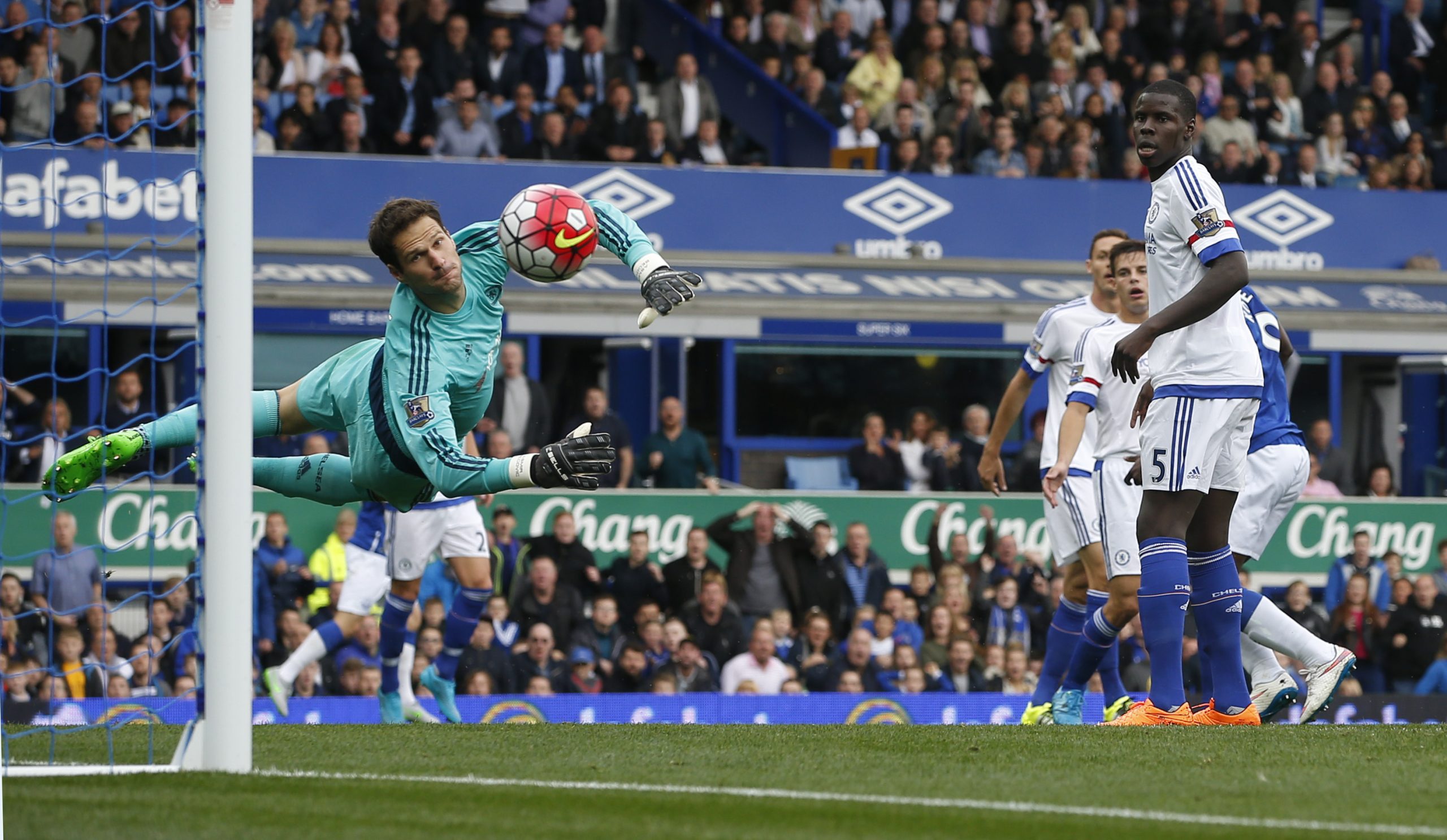 Asmir Begovic might be looking forward to making his Champions League debut tonight, but the Chelsea goalkeeper knows there is far more at stake than personal accolades.

When Chelsea host Maccabi Tel Aviv at Stamford Bridge in their opening Champions League clash of the season, Begovic will play his first game in the competition having arrived at the Premier League champions from Stoke in the summer.

The Bosnian is set for an extended run between the sticks with first choice Thibaut Courtois out injured, although in truth Begovic would have expected to have more of a smile on his face.

He has been in goal as Chelsea suffered defeats to Manchester City and Everton, conceding three goals in each game as the defending champions sit just one place above the relegation zone.

And while he is happy to be making his European debut, Begovic knows there are far bigger fish to fry at Stamford Bridge at the moment as the club look to get back on track sooner rather than later.

“We’re all looking forward to it,” said Begovic. “The Champions League is very special. It’s the highest level of club football.

“You work a long time to get yourself to this level and test yourself against the best. I’m really excited and honoured.

“A good performance and a good result can really steer us in the right direction and kick our season on. Ultimately we are not satisfied with the situation. We are all winners so when you lose it’s disappointing.

“We’ve had a couple of days to dust ourselves down, regroup and focus on the next game. We are all motivated to turn things around and push Chelsea and this team where it belongs, which is with the best teams in the world and at the top of the table.

“We can’t forget what the group have achieved in the last year. We have some of the best players in the world.

“There’s always going to be a little hit on confidence when things aren’t quite going your way but if you’re experienced and you’ve seen the game you understand that it’s part of football and sport in general that there will be dips in form. It’s going to make us stronger going forward. We are all very much together.”

However, while things are less than rosy for the Blues right now, Begovic is under no illusions that Jose Mourinho is still the man for the job.

“The manager has led from the front from the first day. I have worked with him for the last couple of months and he has motivated us as much as ever.

“I have certainly enjoyed it. The lads enjoy it every day. We are very much together. We’re behind him. It’s difficult sometimes in football when things aren’t going your way but we remember what this team is and what this team is capable of.”