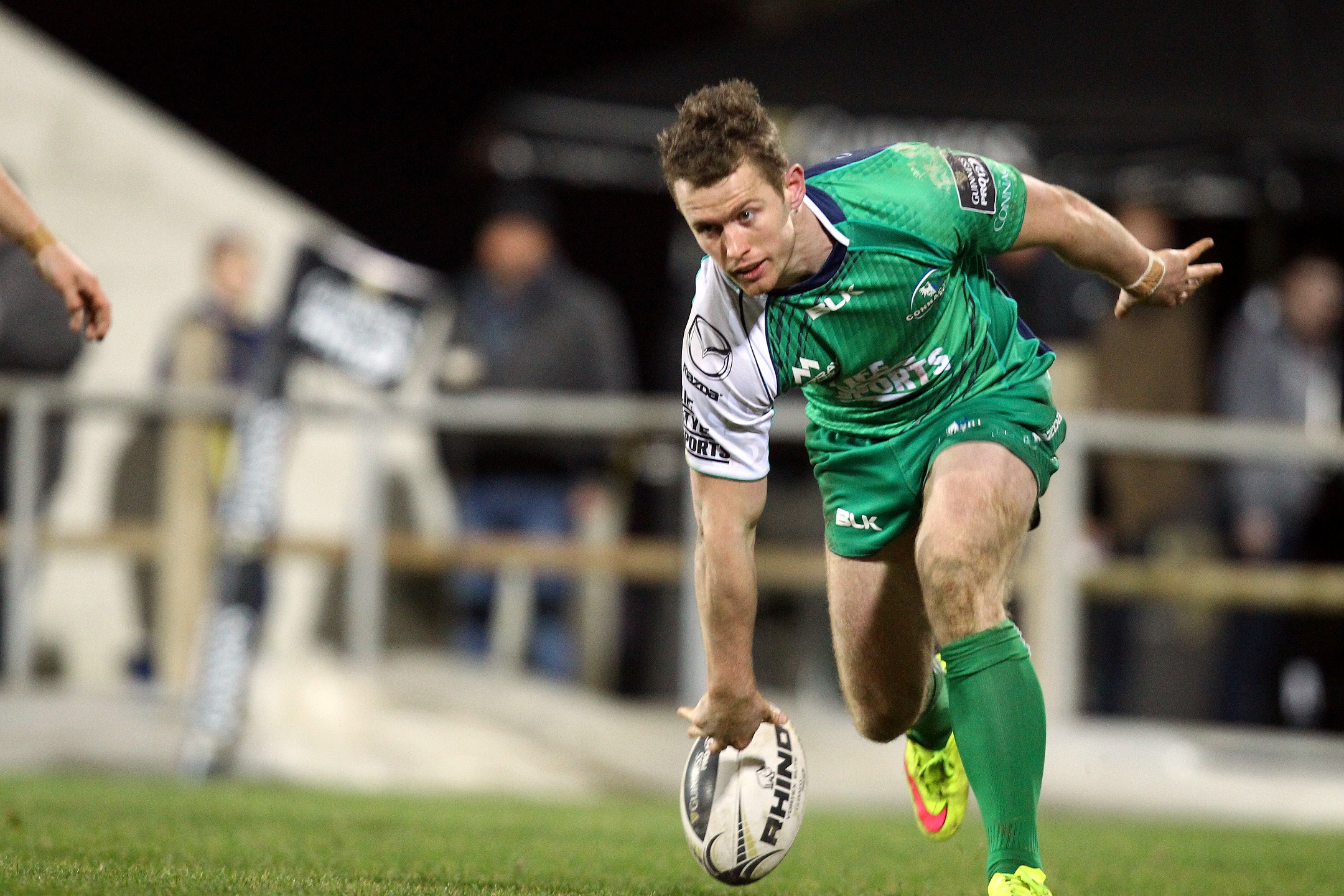 This week’s GUINNESS PRO12 action will be the last for a fortnight, with Connacht hoping to head into the mini break still sitting top of the pile. In order to that though they will have to take something away from a tricky-looking trip to an improving Edinburgh. Can they do it? To help you keep on top of all the round 17 action here are our ten things to look out for…

Luck of the Irish

Round 16 saw wins for three Irish provinces – Connacht, Munster and Leinster – and the former will be hoping for more of the same after they saw second-place Leinster close the gap on them ever so slightly with a bonus point in their victory over Zebre.

Connacht and GUINNESS PRO12 top try-scorer Matt Healy is one short of double figures heading into this weekend and has touched down five times in his last three games.

Treviso sit bottom of the table but did close the gap on 11th-place Zebre to three points as they picked up a bonus point in a home defeat to Munster last time out. Both Italian sides face tricky away games on Friday night with Treviso travelling to Scarlets and Ulster hosting Zebre.

Ulster will be looking to avoid losing three consecutive GUINNESS PRO12 games for the first time since the 2011/12 campaign when they take on Zebre.

Too close to call

Scarlets’ clash with Treviso could be a close one if the form book is anything to go by, with the Welsh region’s last three league matches all being decided by a solitary point.

Leinster are the only side left with a 100 per cent home record in the GUINNESS PRO12 this term, while they have lost just once in the last ten rounds of action. They will be looking to continue that run of form as they host Ospreys on Saturday.

Ospreys will be hoping for more of the same from Sam Davies at the RDS Arena this weekend as he heads into the game just 15 points behind top GUINNESS PRO12 points scorer this season, Rhys Patchell of Cardiff Blues.

Munster’s only victory in their last five home games in all competitions came against Stade Francais on January 16, while ahead of Satruday’s clash with Newport Gwent Dragons they have also lost their last three matches against Welsh regions.

The Dragons have lost their last four games and have also suffered defeats in all eight GUINNESS PRO12 clashes they have played on the road this term. However, they do have two of the most accurate kickers on their books though, with Dorian Jones and Angus O’Brien both having been successful with 13 of their 15 kicks at the posts for an 86.67 per cent conversion rate, the duo sat joint top with Leinster’s Ian Madigan boasting the same record.