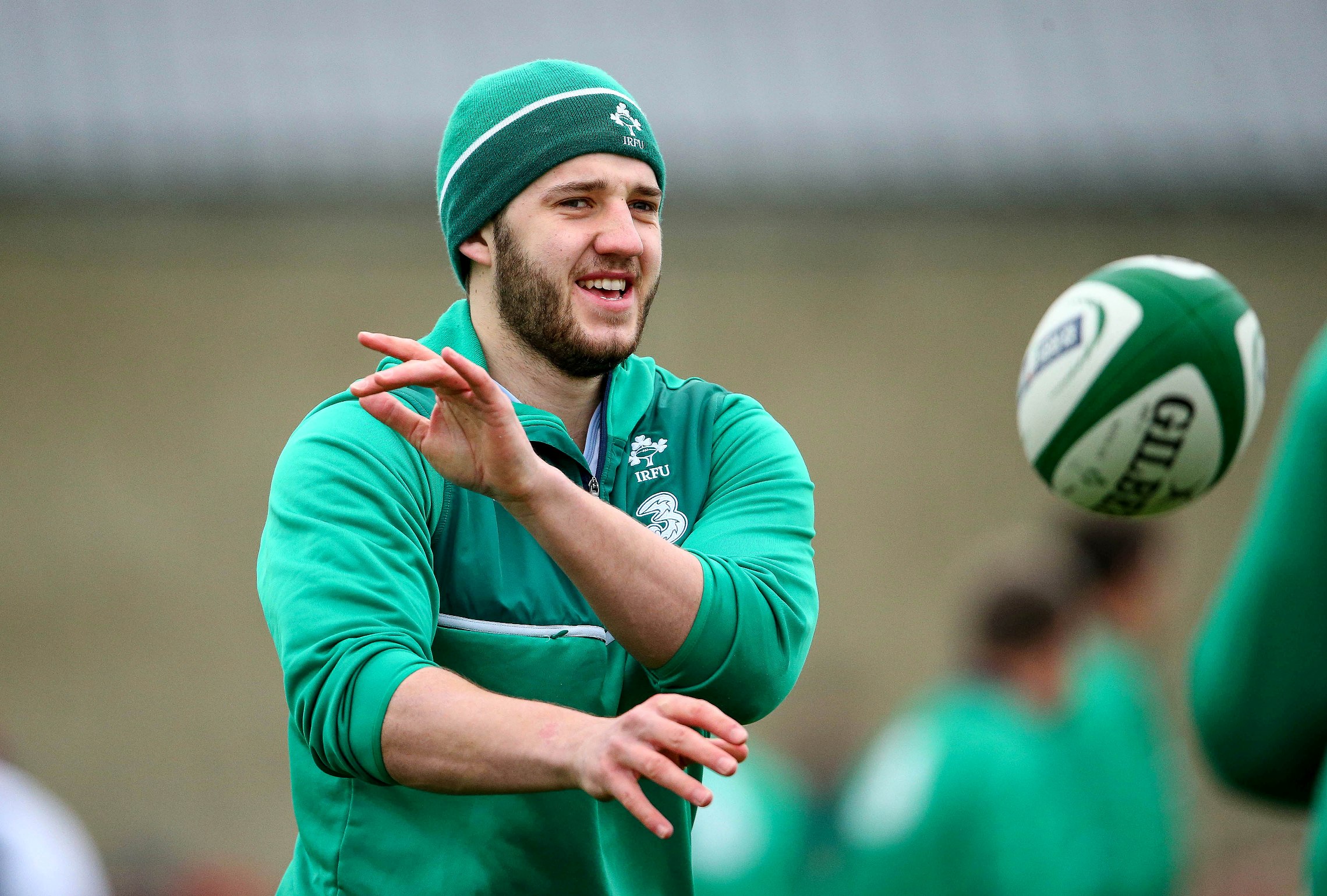 Stuart McCloskey is set to make his Ireland debut on Saturday as the Men in Green take on England at Twickenham in the Six Nations. But what do you know about the man who will be wearing the No.12 jersey? Well we’re here to help, with Jake Evans putting together ten things that you can wow your mates in the pub with.

McCloskey is replacing the hamstrung Jared Payne, who is his Ulster team mate and fellow centre.

Payne is seven years older than McCloskey, so both Ireland and Ulster have a readymade replacement.

The Ulster centre has been knocking at the door by virtue of his consistent performances at provincial level this season. McCloskey has power, pace to burn, a skill-set to match and an ability to offload in contact.

McCloskey may be Ireland’s rugby union hot prospect, but he has also excelled in a number of other sports. Having also been a footballer and a keen golfer, he lowered his handicap to four and played in provincial tournaments before switching to rugby.

The transformation in size of the athletic McCloskey was enough to convince his new Ulster team-mates he was a lock when he turned up for his first training session with the province as an unknown 20-year-old.

His major impact last term was interrupted firstly by an elbow injury which required surgery and then a four-match ban after being sent off for a tip-tackle on Hamish Watson at a ruck against Edinburgh.

The hype about his Ireland call had been growing for a while, though before the match this weekend he had yet to be much more than an observer at Joe Schmidt’s get-togethers while he has featured for Emerging Ireland in Romania and Georgia over the last two summers.

McCloskey exploded into action at the start of this season’s Pro12, swatting Jonathan Spratt aside, and taking Dan Evans and Kristian Phillips over the try-line with him for a sensational score against the Ospreys in Belfast.

Ulster powerhouse McCloskey will form perhaps Ireland’s biggest centre pairing of all time alongside Robbie Henshaw in Saturday’s RBS 6 Nations clash at Twickenham. The inclusion of the 23-year-old will see Connacht’s Henshaw moving out to 13.

New to the scene

McCloskey received his first call up to the senior Ireland squad by coach Joe Schmidt on January 20 for the 2016 Six Nations Championship. On 25 February 2016 he was named in the Ireland starting 15 for the first time.