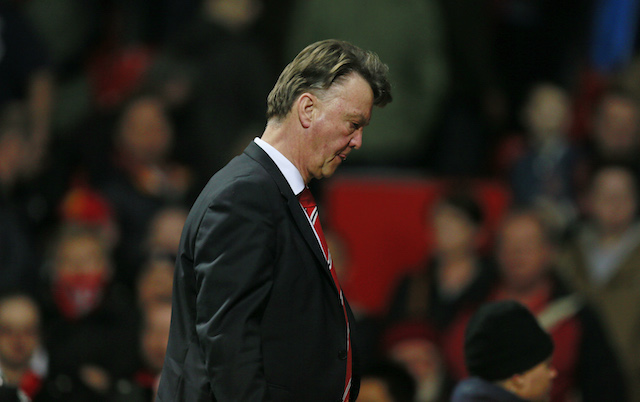 Louis van Gaal appears to be on the brink of losing his job at Manchester United. But why has it all gone so wrong for the much-decorated Dutchman. He’s 10 things to know about Van Gaal…

Aloysius Paulus Maria van Gaal was born in Amsterdam and is the youngest of nine brothers and sisters.

Arsenal boss Arsene Wenger is known as ‘the professor’, but Van Gaal is a qualified teacher. He taught PE in schools in Holland while playing semi-professional football.

Ajax were crowned league champions with Van Gaal at the helm in 1994-95, going unbeaten throughout the season. They also ended the season as Champions League winners, again not losing in the campaign.

Knight of the realm

Like Sir Alex Ferguson before him, Van Gaal was granted a knighthood in his homeland. After leaving Ajax in 1997 he received the Order of Orange-Nassau.

He’s well-respected in Holland, but Van Gaal had his fair share of very public disagreements with players at Barcelona. Rivaldo once said: “I don’t like Van Gaal and I’m sure he doesn’t like me either.”

Van Gaal won the league title in every country he managed in before arriving in England. But being crowned champion in Spain, Germany and Holland has seemingly not prepared him for the rigours of the Premier League.

Perhaps we should have known what was to come. Van Gaal lost his first game in charge of United – a 2-1 defeat to Swansea City.

Van Gaal said his job as Manchester United manager would be his last. But the 64-year-old looks as though he could be reaching for the pipe and slippers sooner than expected after the Old Trafford crowd turning restless in last weekend’s 2-1 home defeat to Norwich.

This is Van Gaal’s eighth managerial job and never has he recorded a lower win percentage. A 50.7% return from 71 games at the helm is not what was expected when he replaced David Moyes in the Old Trafford dugout.

The recently unemployed Jose Mourinho is odds-on favourite to be the next Manchester United manager, with Van Gaal’s assistant Ryan Giggs also a short price.