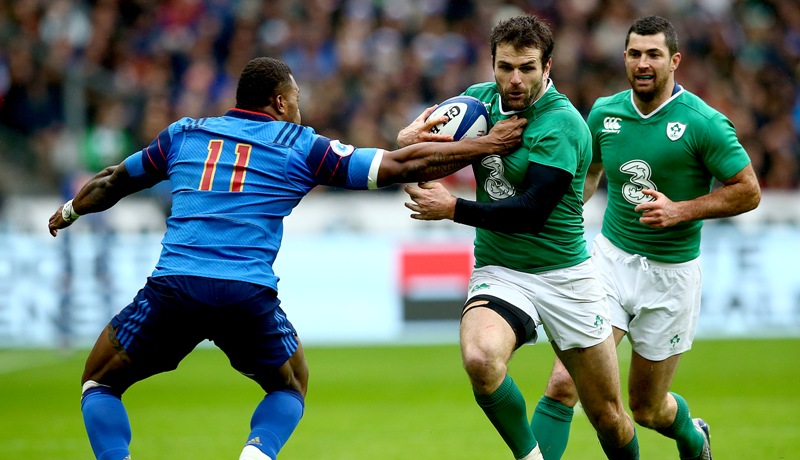 Jared Payne delighted Ulster and Ireland fans this week with the news that he has signed an extended IRFU contract until 2018. In the last year, the 30-year-old has developed into an important player for the men in green but how much do you know about him?

Out of New Zealand

Payne was born in Tuaranga on the North Island of New Zealand, the highest populated city in the Bay of Plenty region. Tuaranga is also home to All Blacks flanker Sam Cane and New Zealand cricketers Kane Williamson, Trent Boult and Corey Anderson.

He made three appearances for New Zealand Under-20s, scoring a try in a 36-0 win against Canada A, a match in which All Blacks captain Kieran Read also crossed the whitewash.

Payne made a name for himself as a member of the back three, playing predominantly at full-back but also operating on the wing. He captained Northland and played for the Chiefs, Crusaders and Blues in Super Rugby. He also appeared for New Zealand 7s team.

The Ireland star made three Super Rugby semi-final appearances, with his side losing all three of them. In 2009 and 2010 the Crusaders were defeated by the Bulls and in 2011 the Blues were beaten by Queensland Reds.

Payne joined Ulster from the Auckland Blues in March 2011 at the age of 25, ending his hopes of playing for the All Blacks. However, it opened the window for a future in green.

Four minutes into Ulster’s Heineken Cup quarter-final with Saracens in 2014, he was sent off for recklessly taking out Alex Goode in the air. Ulster subsequently lost the match 17-15 and Payne was banned for three games.

After qualifying for Ireland via a three-year residency, Payne was rewarded with a debut against South Africa in November 2014 – the men in green won 29-15.

Despite featuring regularly at full-back for Ulster, Ireland head coach Joe Schmidt has called on Payne exclusively as a centre, partnering him regularly with Leinster-bound Robbie Henshaw.

Payne was ruled out of Ireland’s World Cup pool clash with Italy last year with a broken foot, but didn’t realise he had sustained injury. The centre felt some discomfort during training and a precautionary scan revealed he had sustained a fracture.