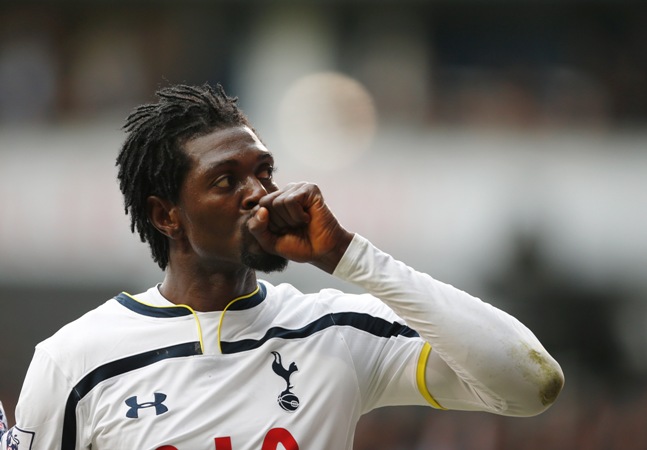 The enigmatic Emmanuel Adebayor is back in the Premier League, with Crystal Palace his fourth English employer. Here’s ten things to know about the striker we all love to hate. 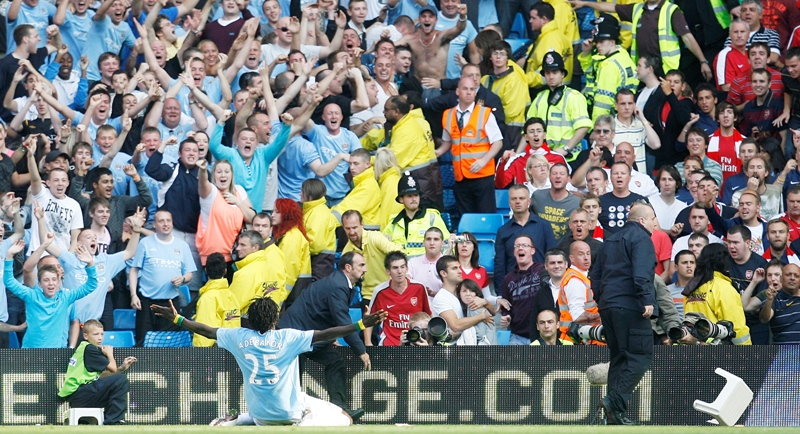 Crystal Palace boss Alan Pardew tried and failed to sign Adebayor in 2006 when in charge of West Ham United, he instead joined Arsenal from Monaco.

Adebayor was banned for four matches and fined £7,500 following his part of a fracas which marred the 2007 League Cup final between Arsenal and Chelsea. He was accused of punching Frank Lampard and was one of three players sent off.

So furious was Adebayor with the performance of Nicklas Bendtner during Arsenal’s 5-1 defeat to fierce north London rivals Tottenham Hotspur in the 2008 League Cup, the pair went head to head with the Danish striker cutting his nose. Adebayor apologised the following day.

He is the only player in Premier League history to score a hat-trick home and away against the same side in the same season. Derby County felt the full force of his talents in 2007/08.

He retired from international duty in 2010 after being aboard a coach with his Togo team-mates that came under gunfire during the African Cup of Nations in Angola. But in 2013 he made his return to the international fold and holds the distinction of being Togo’s all-time top goalscorer with 31.

The 31-year-old became the first Manchester City player to score a hat-trick in European competition, with his treble coming against Lech Poznan in the Europa League in 2010.

Adebayor could not walk until the age of four, but says he took his first steps after hearing other children playing football outside of a church he had attended with his mother.

Despite playing for some of Europe’s best clubs, the only winners’ medal in his collection came from the 2010/11 Copa Del Rey. He was a Champions League runner-up with Monaco but was not eligible for a medal when Arsenal lost in 2006 final, as he was cup-tied.

Adebayor is set to wear a pair of Nike Mercurial Superfly boots, the same design worn by Cristiano Ronaldo and Zlatan Ibrahimovic.