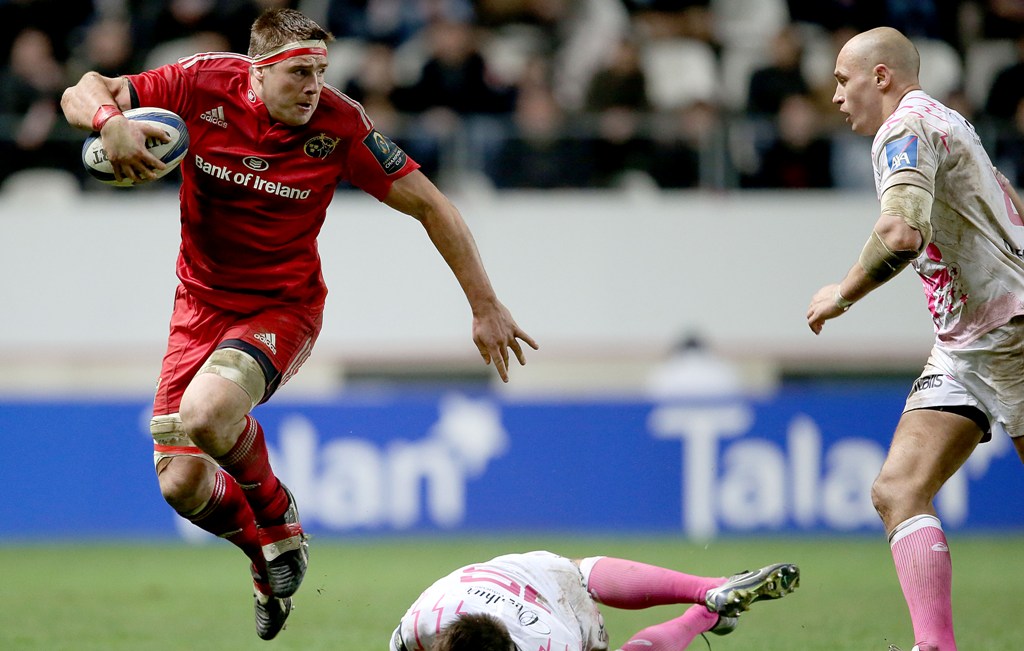 It was only a matter of time – three years to be precise – until CJ Stander earned an Ireland call-up.

Stander has qualified for his adopted country after three years with Munster and head coach Joe Schmidt wasted no time in calling on his services.

With the Six Nations just eight days away, he is in the running for an international debut and we have the lowdown on everything you need to know about the powerful No.8

Stander was born in a city called George in South Africa’s Western Cape province. Situated between Cape Town and Port Elizabeth, on the Garden Route, George is also home to Leinster and South Africa full-back Zane Kirchner as well as golfer Ernie Els.

His brother Janneman plays lock and flanker for the SWD Eagles in South Africa, while Stander’s brother-in-law is a decorated swimmer. Ryk Neethling – brother of Stander’s wife Jean-Marié – won 4x100m gold at the 2004 Olympics and eight years later he became the first South African to compete at four successive Games.

As a child, Stander plied his trade as a fly-half. However, at the age of 14, he was encouraged to move to the back row – a switch that has paid dividends since.

In 2009, he was selected in the South Africa squad for the IRB Junior World Championships. They eventually finished third, though Stander did grab himself a try in their semi-final defeat to England.

The following year he returned to the JWC, this time as captain, and offered an early glimpse of the leadership skills he has displayed at Munster this season. Once again, the Baby Boks finished third – though that did include a measure of revenge over England, who they beat in the third-place play-off.

Stander joined Munster in 2012 from the Blue Bulls in South Africa. With the province unable to sign any more internationally-capped overseas player, he was recruited as a project player.

The new boy showcased his try-scoring ability on his first competitive start for the club, against Glasgow Warriors in December 2012. He crossed the whitewash twice in a man-of-the-match performance.

Stander impressed in each of his first two years in Limerick but last season saw him really come to the fore. He was named 2015 Munster Rugby Senior Player of the Year and selected in the 2014-15 PRO12 Dream Team.

Eye for the line

He also recorded his best PRO12 try tally to date, dotting down nine times in the league. Only Ospreys scrum-half Rhys Webb and Ulster winger Craig Gilroy managed more in the competition.

The conclusion of last season saw attentions turn to the Rugby World Cup. Unfortunately for Stander the tournament arrived too soon for him to be considered for inclusion in the Ireland squad, with his residency kicking in the day after the Twickenham final. But he’s available now and ready to transfer his abilities to the international stage.