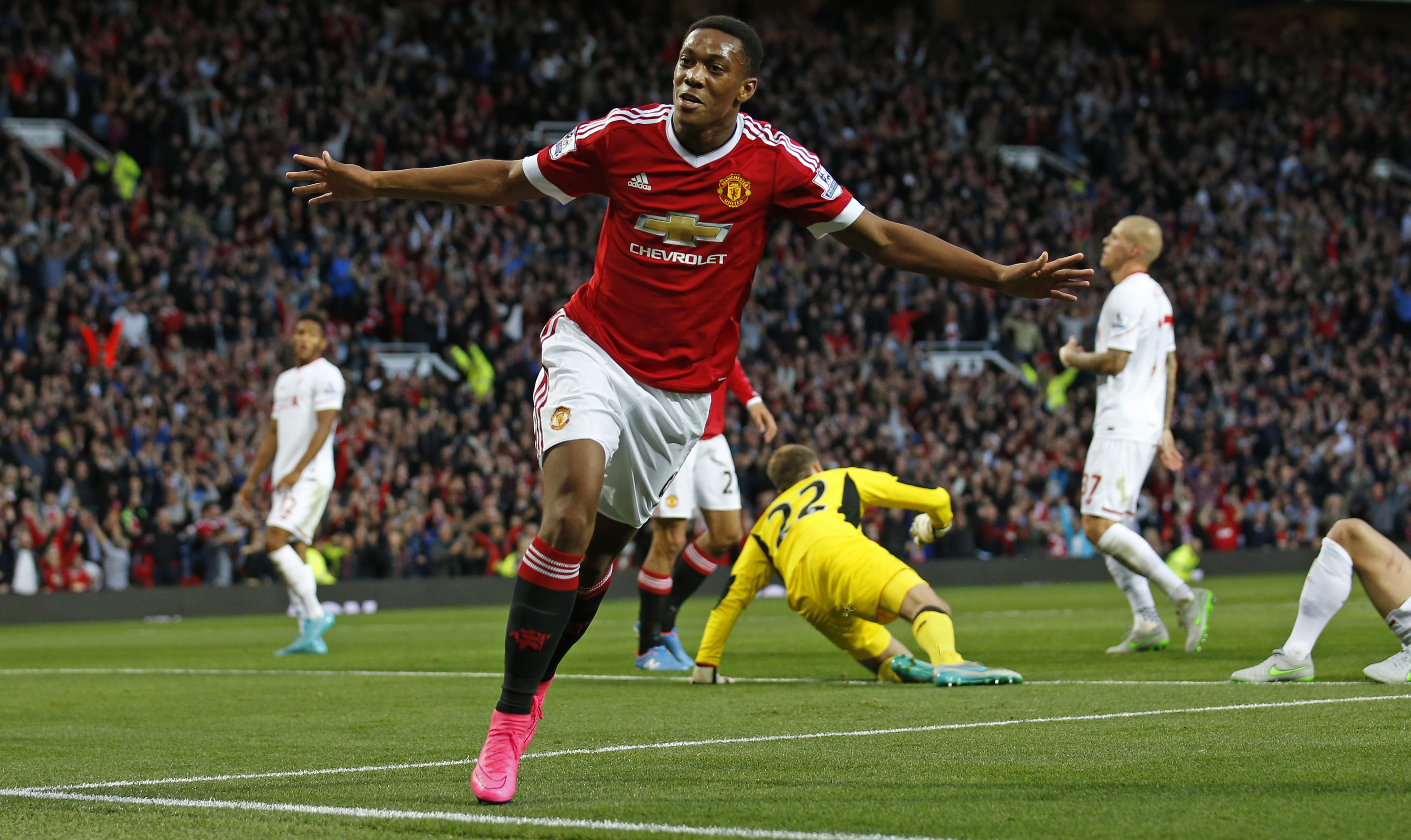 AFTER ANTHONY MARTIAL’S SUPERB DEBUT FOR MANCHESTER UNITED ON SATURDAY WE WANTED TO LOOK BACK OVER THE PREMIER LEAGUE’S TOP TEN DEBUTANTS. FROM AGUERO TO ALI DIA WE HAVE SIFTED THROUGH THE PREMIER LEAGUE ARCHIVES AND COME UP WITH THIS DEFINITIVE LIST, DO YOU AGREE?

In 2011 Man City coughed up £38m for Sergio Aguero, which at the time was far from the bargain it would be today. The Argentinean forward made his debut off the bench with half an hour left against Swansea City, he scored two and set up one rounding off the perfect start to his City career.

England’s favourite German, Jurgen Klinsmann, arrived at Spurs in 1994 amid huge criticism around his reputation for diving. The World Cup winner scored the winning goal on his debut in a 4-3 win over Sheffield Wednesday and celebrated with the dive that is now synonymous with the USA manager.

Italian striker Fabrizio Ravenelli arrived at Middlesbrough as the highest paid Premier League player in the country and he showed his worth straight from the start, scoring a hat-trick on his debut in a 3-3 draw with Liverpool. Despite a successful season in terms of goals for the affectionately named ‘White Feather’ Boro were relegated and Ravenelli left after persistent complaints about the club’s facilities and the town itself.

Paulo Wanchope arrived at Derby from Costa Rica in March 1997 and made a lasting impact on the Rams in his debut against the champions, Manchester United. He ran sixty yards, past four United players before slotting the ball beyond Peter Schmeichel in goal. That goal was later voted the best in the club’s history.

After snubbing an almost certain move to Manchester United at the last minute, Pedro immediately signed with Jose Mouriniho and Chelsea. He made his debut against West Brom and a goal within the first 20 minutes as well as an assist before half-time earned the Spaniard the Man of the Match accolade.

The first of many

In 1992, Alan Shearer left Southampton for Blackburn Rovers for a record breaking fee of £3.6m and soon began to pay it back, he scored twice in a 3-3 draw with Crystal Palace on the opening day of the newly named Premier League. Shearer went on to score 260 Premier League goals.

Federico Macheda’s Manchester United career never really went anywhere but he did make the best possible start. Coming off the bench with United 2-1 down to Aston Villa, after an equaliser from Ronaldo, in the 93rd minute Macheda turned spectacularly in the box before curling the ball into the far side of the goal to effectively secure the title for United. The Italian later left United on a free transfer after only ever making 19 appearances.

Aged just 19 Robbie Keane joined Coventry from Wolves for a British record fee for a teenager of £6m. His debut was at home to Derby where he scored both goals in a 2-0 win.

There aren’t many better ways to announce yourself as a Spurs player than with a goal against Arsenal and that is exactly what a 19-year-old Danny Rose did on a Wednesday night at the Lane. After the Gunners keeper Almunia punched clear from a corner Rose watched the ball straight onto his left foot and hit the most spectacular volley you could imagine which Almunia could do nothing about.

Anthony Martial arrived at Manchester United as the most expensive teenager in history with LVG paying a whopping £36m for the 19-year-old. The Frenchman enjoyed a dream debut when he came off the bench and scored the final goal in the 3-1 win over Liverpool.