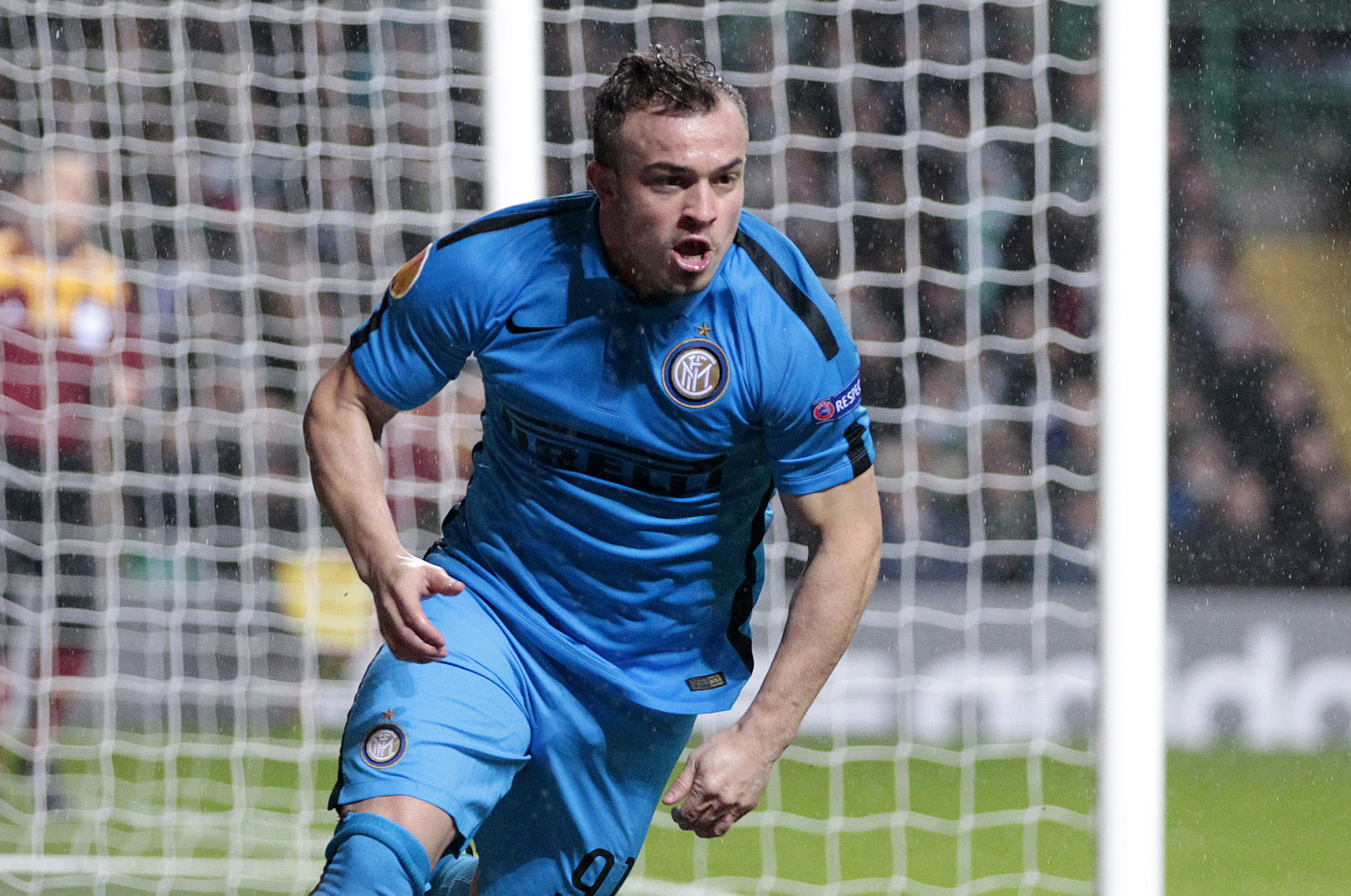 Not long ago the idea of lowly Stoke securing the signature of someone like Xherdan Shaqiri would have been laughable.

But the 23-year-old Swiss international has swapped Inter Milan for the Potteries as Mark Hughes seeks to push his charges towards Europe.

1. Shaqiri has dual Swiss-Albanian nationality, born in Kosovo on October 10 1991 before emigrating to Switzerland with his family the following year.

2. Standing at just 1.69m (5ft 6 1/2in) tall, Shaqiri is something of a pocket rocket – and almost half a metre shorter than new teammate Peter Crouch.

3. Shaqiri has collected a few nicknames over the years, including “the Alpine Messi” and “the magic dwarf” but he prefers to be known simply by his initials: XS.

4. He played for FC Basel as a teenager and became known as a wonderkid. As a member of the youth team in 2007, Shaqiri featured in the Under-15 Nike Cup and was named the player of the tournament.

5. Xherdan is not the only Shaqiri who plays football for a living – older brother Erdin, 25, is a defender at FC Dardania Basel.

6. Shaqiri played for Switzerland through the age groups and netted his first goal for the Under-21s at the 2011 European Championship, against Denmark.

7. He had actually made his senior debut for the national team a year earlier, in a 3-1 friendly defeat to Uruguay in March, and scored his first international goal on September 7 2010 against England in a Euro 2012 qualifier – though the Three Lions won 3-1.

8. One of Shaqiri’s finest hours for Switzerland arrived almost exactly a year later, netting a hat-trick as Switzerland came from behind to beat Bulgaria.

9. Last year, Shaqiri went to Brazil for the 2014 FIFA World Cup. He was named man-of-the-match in Switzerland’s tournament opener as they beat Ecuador and again against Honduras, after scoring a second international hat-trick.

10. Shaqiri is a practising Muslim and can often be seen praying before and during games.