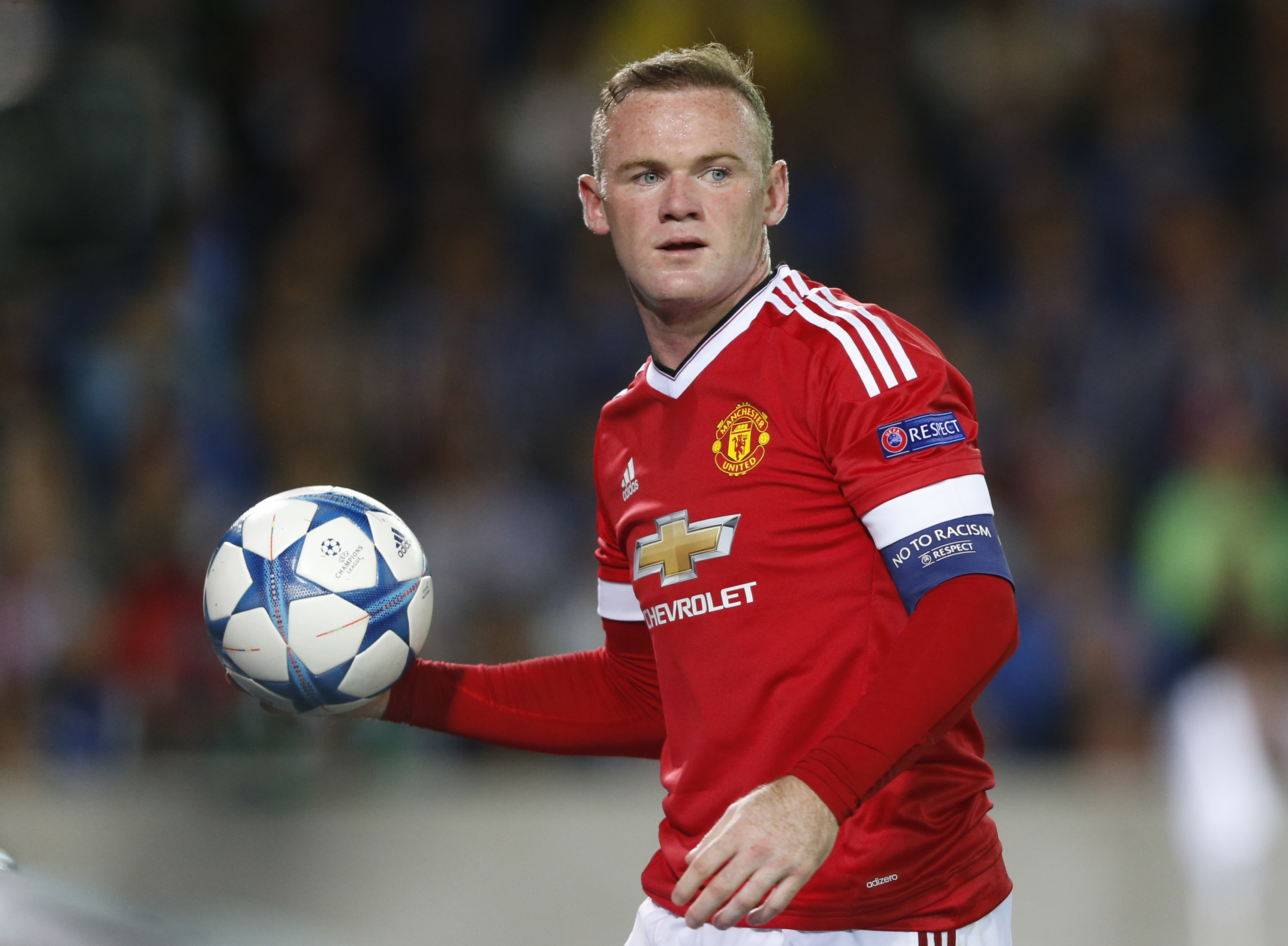 Wayne Rooney has been heavily criticised this season for his lack of goals in a Manchester United shirt – prompting some pundits to question his long-term ability to lead the line for club and country.

The England striker has not scored a Premier League goal since April and calls came for United to ditch Rooney and bolster their attacking options with a big-money move for a striker before the transfer window closes.

But the 29-year-old answered his critics in emphatic fashion on Wednesday night, scoring a hat-trick against Club Brugge to lead United into the Champions League group stages.

Crisis over at Old Trafford? It remains to be seen. But why not show some support and get your Manchester United shirt by clicking here.

Rooney had gone ten games without a goal for Manchester United before he ended his scoring drought against Club Brugge.

He went into the match in Belgium with his most recent club goal having come against Aston Villa in April, but he ended his 878-minute club scoring drought in emphatic manner with his treble.

“I’m delighted to get the goals but more importantly it was a massive game for the club,” said Rooney. “To get to the group stages after missing out last year was very important.

“If I didn’t have a strong character perhaps recent criticism would have affected me but I know my quality and what I can give to the team. Even if the goals don’t go in, I know I bring a lot to my team. Thankfully I got chances and I took them all.

“If it was going on for three, four or even five games more maybe it would be very different but it’s early days and I knew when I got chances I would take them.

“As a striker you want to score and everybody goes back to last season and makes a big thing of it but there are a lot of top quality strikers who are yet to get off the mark. I know though because of who I am more gets made of it – that’s part of my job.”

What did he do differently?

In the opening Premier League games of the season Rooney was dropping deep and joining in with build-up play. He looked more like a midfielder than a striker at times; even taking throw-ins in his own half. Against Club Brugge it was a different story altogether – Rooney looked more like a fox in the box again, arriving in the right place at the right time to score his hat-trick.

Bobby Charlton’s 49 goals remains the most by an England player, but Rooney, now level with Gary Lineker on 48, is closing in.

Rooney took 25 games more than Lineker to reach 48 but if he scores in his next game for England he will have the exact same international record as Charlton (a goal every 2.2 games).

Rooney has Peter Shilton’s England appearance record in his sights. The United striker has 105 caps to his name and only needs another 20 to draw level with Shilton.

Frank Lampard, Ashley Cole, Bobby Moore and Steven Gerrard are all on the horizon to overtake, while David Beckham’s tally of 115, the highest by an outfield player, is the next big landmark for Rooney.

Strangely many still don’t regard him as an England great – check your facts doubters.

It’s easy to see why he has been criticised this season – in Manchester United’s opening two Premier League games this season, Rooney failed to register a shot on goal.

Opta-powered fantasy football game www.oulala.com have analysed the stats from the opening Premier League games to see which international regulars have been under-performing, and which players have shown the form to warrant international consideration.

Should selection come down to current form or experience? Or will we see the same names in Roy Hodgson’s squad, irrespective of their recent performance levels for their respective clubs?

Looking at the cold hard stats, it is apparent that a few surprises emerge. Notably, it would see the exclusions of Raheem Sterling, Wayne Rooney and Harry Kane for England – simply because others have been performing to a higher standard.

What is his best position?

For Manchester United, Rooney has been used as a lone frontman this season – he looks as though he has suffered without a partner in crime up top.

For England he looks like a very different animal. Partnered with Danny Welbeck or Daniel Sturridge, he can drop a little deeper but still score goals.

Do Manchester United need a target man to compliment Rooney? We suggest they do.

Rooney has seemed bogged down with the pressure of captaining club and country. Now, perhaps, is the time to hand the armband elsewhere and let the striker concentrate on what he does best – scoring goals.

The stats suggest not, but United manager Louis van Gaal has certainly put his faith in Rooney. To challenge for the title the Red Devils need more firepower that’s for sure.