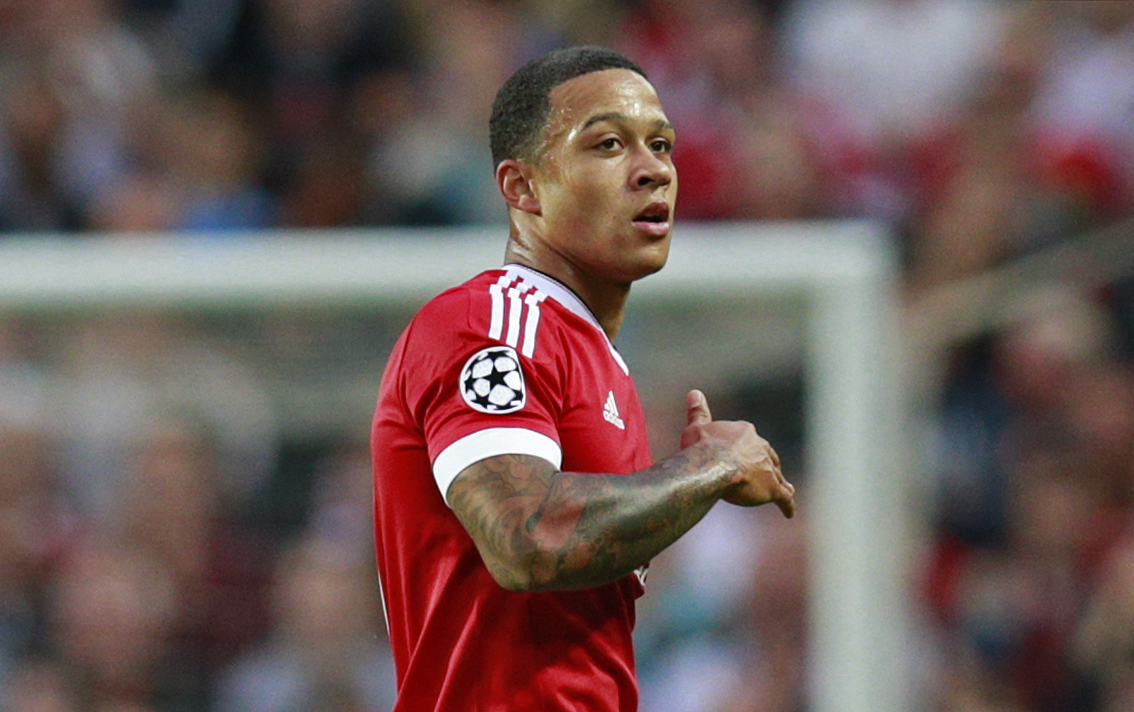 Memphis Depay helped himself to his first two goals in Manchester United colours last night as the Red Devils beat Club Brugge in the first leg of their Champions League play-off. It led manager Louis van Gaal to proclaim that his wanted to “kiss” his fellow Dutchman.

Now we like him, but maybe not that much. But make your own mind up after reading our ten things you might not know about Old Trafford’s new hero.

And while you’re at it, why not get your Manchester United shirt with his name on it by clicking here.

What’s in a name?

He prefers to be called Memphis rather than Depay because he does not want to use his father’s surname after he left the family when Manchester United’s new boy was just four years old.

Memphis currently wears the number seven shirt at Manchester United, and it is one that might just weigh heavy on his young shoulders. Previous incumbents include George Best, Eric Cantona, David Beckham and Cristiano Ronaldo. But then again Michael Owen also wore it, so swings and roundabouts.

Memphis made history last year when he became the youngest Dutch player to score at a World Cup when – aged 20 – with a goal against Australia. He followed it up with another against Chile, and the man he has to thank for the opportunity? One Louis van Gaal.

Memphis joins an illustrious list of footballers to move to Manchester United from PSV. It includes Jaap Stam, Ruud Van Nistelrooy and Park Ji-Sung – all fan favourites. Let’s just hope things don’t turn sour like they did with Stam.

He scored after 20 minutes of his PSV debut, the opening goal in an 8-0 thrashing of VVSB Noordwijkerhout in the Dutch cup when he was just 17.

The stats show us the Dutchman was the youngest player in the top ten European leagues (excluding play-offs) with at least 15 goals last season.

Memphis’ performances at the 2014 World Cup saw him nominated for the Best Young Player award, with France and Juventus midfielder Paul Pogba eventually collecting the gong.

He might prefer Memphis, but if you are a Mr.Depay kind of man then you will want to get it right. So just think pie, and not pay. OK?

Memphis is the tenth Dutchman to sign for Manchester United. The highlights include the likes of Edwin van der Sar and Robin van Persie, while Alex Buttner and Jordi Cruyff were less of a hit at Old Trafford.

The only aspect of Memphis’ game that got any stick on Tuesday night was his celebration. It was apparently an attempt at a dance move from the video to Watch Me (Whip/Nae Nae) by American rapper Silento. Keep working on it Memphis…