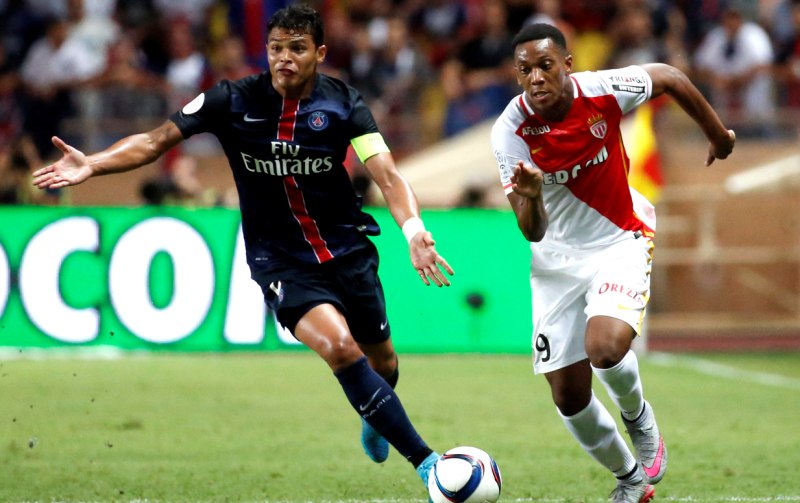 Wayne Rooney didn’t know who he was until Manchester United splashed the cash on Anthony Martial, so we can forgive you for the same lack of knowledge. So here are ten things you need to know about Old Trafford’s newest wonderkid.

Martial hasn’t been around for all that long and with just 13 senior goals to his name, United have paid almost £3m per goal. Of course his return of eight Ligue 1 goals for Monaco last season is impressive for a teenager but there is no doubt Louis Van Gaal has taken a plunge.

His fee of £36m is a fair chunk of cash but if all goes to plan for Martial in Manchester, Monaco could be raking in even more. The transfer fee could eventually rise to £58m, with one of many clauses triggered should he win the Ballon D’Or.

Martial is still waiting for his first senior international cap, but the teenager was called up by France head coach Didier Deschamps just last week ahead of their clashes with Portugal and Serbia. In fact, he was granted leave from the France camp to undergo his Manchester United medical on deadline day.

Monaco have made quite the profit on the young starlet, after they picked him up from Lyon for just £4.4m two years ago. And Lyon are reaping the rewards of some add-ons of their own, with more than £7m of United’s fee trickling down to them.

Martial may only be 19 but it is not just his salary that belies his young age. The striker is married to childhood sweetheart Samantha and the couple have a daughter named Toto. They are also expecting their second child.

Luckily for Samantha it sounds as though Martial doesn’t spend too much of his time partying into the early hours, either. He told France Football magazine: “After training, I like to come home and find my wife. I am very homely.”

Martial will be familiar to some football fans in England after playing his part in knocking Arsenal out of last season’s Champions League. His free-kick was tucked away by Dimitar Berbatov to put Monaco 2-0 up at the Emirates Stadium and the French outfit went on to win on away goals.

As a youngster growing up in France, Martial’s hero was Sonny Anderson ‒ the Brazil striker who scored 71 goals in 110 league appearances for Lyon between 1999 and 2003. “My first jersey was that of Sonny Anderson,” he said. “When I was little, I was a fan of Lyon.”

Martial has been dubbed as “the next Henry” by some pundits, but the former Arsenal striker is not so sure. “Can he score a lot of goals? I actually don’t know because he’s only played 52 games,” said Henry. “It’s a massive gamble.”