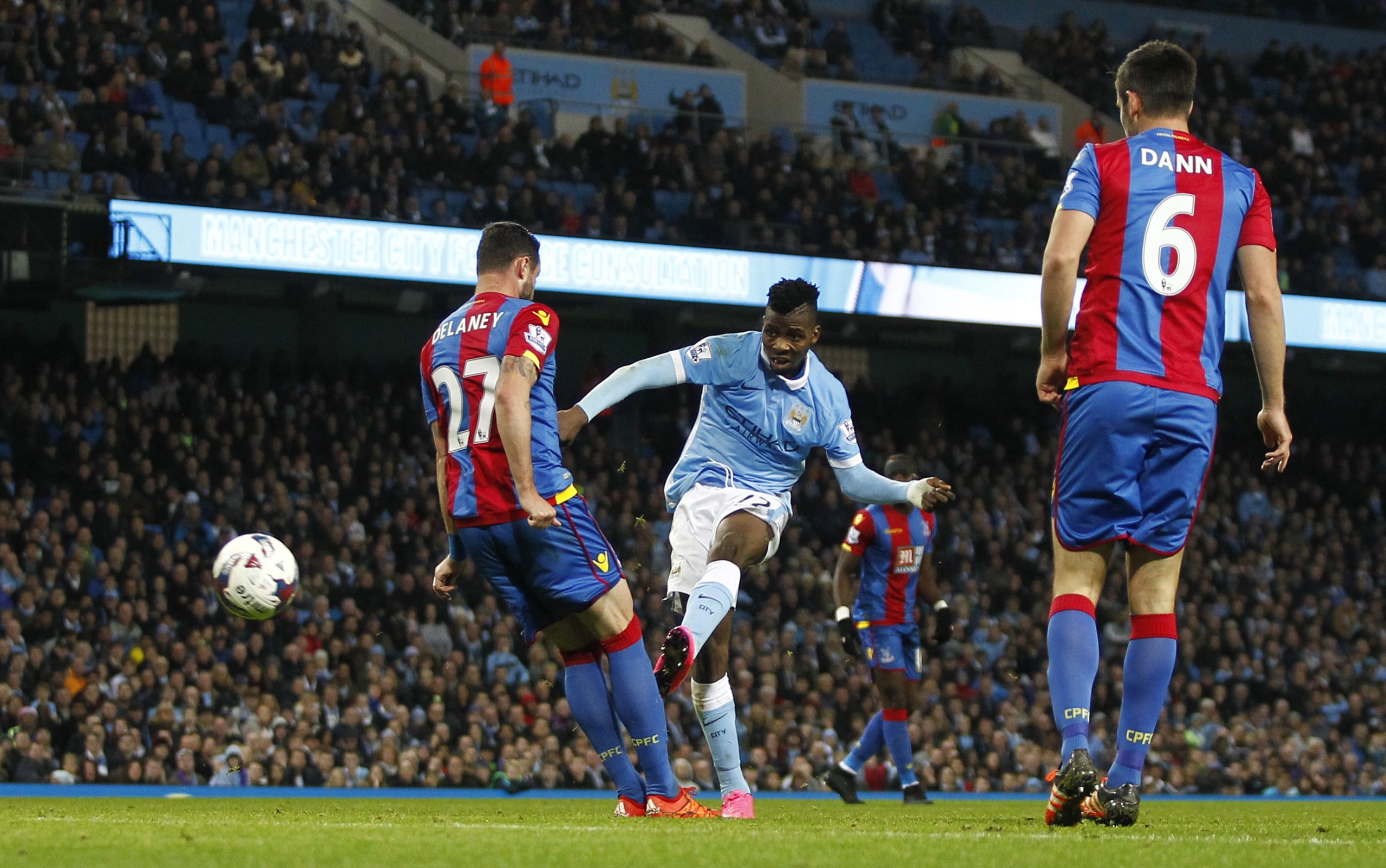 There is little doubt that Sergio Aguero is the main man at Manchester City but his injury absence has seen a couple of strikers step up to the plate.

Wilfried Bony is starting to show why Manuel Pellegrini splashed the cash on him last season, while teenager Iheanacho is turning a few heads of his own.

The youngster shone for City last night as they dumped Crystal Palace out of the Capital One Cup and he looks set for a bright future at the Etihad Stadium.

In 2013 Iheanacho was named in the Nigeria squad for the Under-17 World Cup. After netting four goals in their opening game – a 6-1 win against Mexico – the teenager also scored in the final as Nigeria lifted the trophy. He was awarded the Golden Ball, handed to the best player in the tournament.

Exposure on the international stage led to plenty of interest from Europe and Manchester City had to fend off competition from Arsenal, Porto and Sporting Lisbon to secure his signature.

AC Milan were the first major European club to witness Iheanacho’s talents first-hand, during City’s pre-season tour of the USA in 2014. He found the net in a 5-1 drubbing of the Italian giants.

While Manchester City had formally secure the forward’s services, he was yet to secure a work permit until February 2015, prompting a brief stint training with MLS outfit Colombus Crew towards the end of the previous year.

Finally granted permission to play in England, Iheanacho was selected to start the second leg of last season’s FA Youth Cup final with Chelsea. The Blues held a 3-1 lead before the clash at Stamford Bridge and, despite Iheanacho’s early goal, went on to win 5-2 on aggregate.

After his success in the USA 12 months earlier, Iheanacho travelled to Australia for Manchester City’s pre-season tour and impressed once again, setting up Raheem Sterling and grabbing a goal for himself against Roma.

Iheanacho grabbed his first competitive goal just last month and it was an important one. With City stuck in a stalemate at Crystal Palace, he replaced Bony on 89 minutes and stabbed home a winner in injury time.

Prince of the Palace

“I had to look at his shirt to check who he was,” said a perplexed Alan Pardew after Iheanacho had denied his Palace side a share of the spoils. He knew who the youngster was last night, however, as a superb display – featuring a goal and an assist for Kevin De Bruyne – led City to a comfortable 5-1 win.

Jack of all trades

Manchester City boss Pellegrini heaped praise on the 19-year-old after that performance, pouring cold water on the idea that his newest goal threat is just a poacher. He said: “Kelechi is not a box striker, he’s not just a finisher. He always plays with his head up as he showed creating the goal for Kevin.”