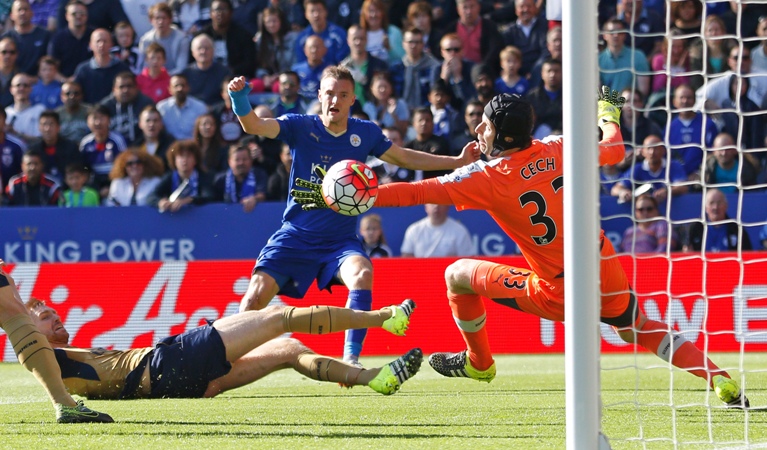 The Premier League throws up a mixture of super Sundays and snoozy Sundays, but this weekend’s fixtures promise an edge-of-your-seat, nothing-else-matters type of Sunday.

It’s third v first and fourth v second with Arsenal welcoming Leicester City and Tottenham Hotspur heading to Manchester City, meaning we could finally get some idea of who might win it all come May.

Every week Leicester are expected to begin the slump that ends the unlikeliest of title challenges and every week Riyad Mahrez and Jamie Vardy terrorise another Premier League defence. In case you haven’t realised it yet, the Foxes aren’t for taming.

They have suffered only two defeats in the league this season, but one was to this weekend’s opponents – a 5-2 home defeat in which Alexis Sanchez hit a hat-trick.

But though the Gunners paid more for Sanchez and Mesut Ozil than Leicester did for their entire team, Claudio Ranieri’s men possess all the qualities that many Arsenal fans wished their team had – desire, work-rate, strength of character and a hunger to win at all costs.

One victory in five league games has seen Arsenal begin to sink like a stone, but manager Arsene Wenger insists his team are ready to fight.

“I don’t deny pressure. It is the kind of game we relish and look forward to,” he said.

“We have to get the momentum back. We want to find consistency in our results for the season.

I believe there is still a long way to go.”

Regardless of the outcome at the Emirates Stadium Leicester will end the weekend top of the Premier League table, but dropped points would boost Tottenham’s title chances provided they can win at City.

The last time Mauricio Pochettino took his men to Manchester they were beaten – but Spurs have not lost an away game since that opening day of the season defeat at Old Trafford.

Add in the fact they put four goals past City in the corresponding fixture in September and there’s belief Spurs could end a run of five straight defeats at the Etihad Stadium this weekend and go a long way to lifting the league title for the first time since 1961.

David Silva and Vincent Kompany are available to Manuel Pellegrini, while Sergio Aguero – who has scored ten goals against Spurs in his City career – is ready to lead the line.

Pochettino, who is without defender Jan Vertonghen, says he is currently experiencing his most enjoyable period as a manager, while Pellegrini’s days are numbered at City with Pep Guardiola jetting in from Germany at the end of the season.

But Pellegrini dismisses the notion that defeat this weekend will ruin his chances of ending his stay at the Etihad Stadium with a Premier League winners’ medal.

“It’s not a decisive game but a very important game,” he said. “Afterwards we will play for another 36 points.”