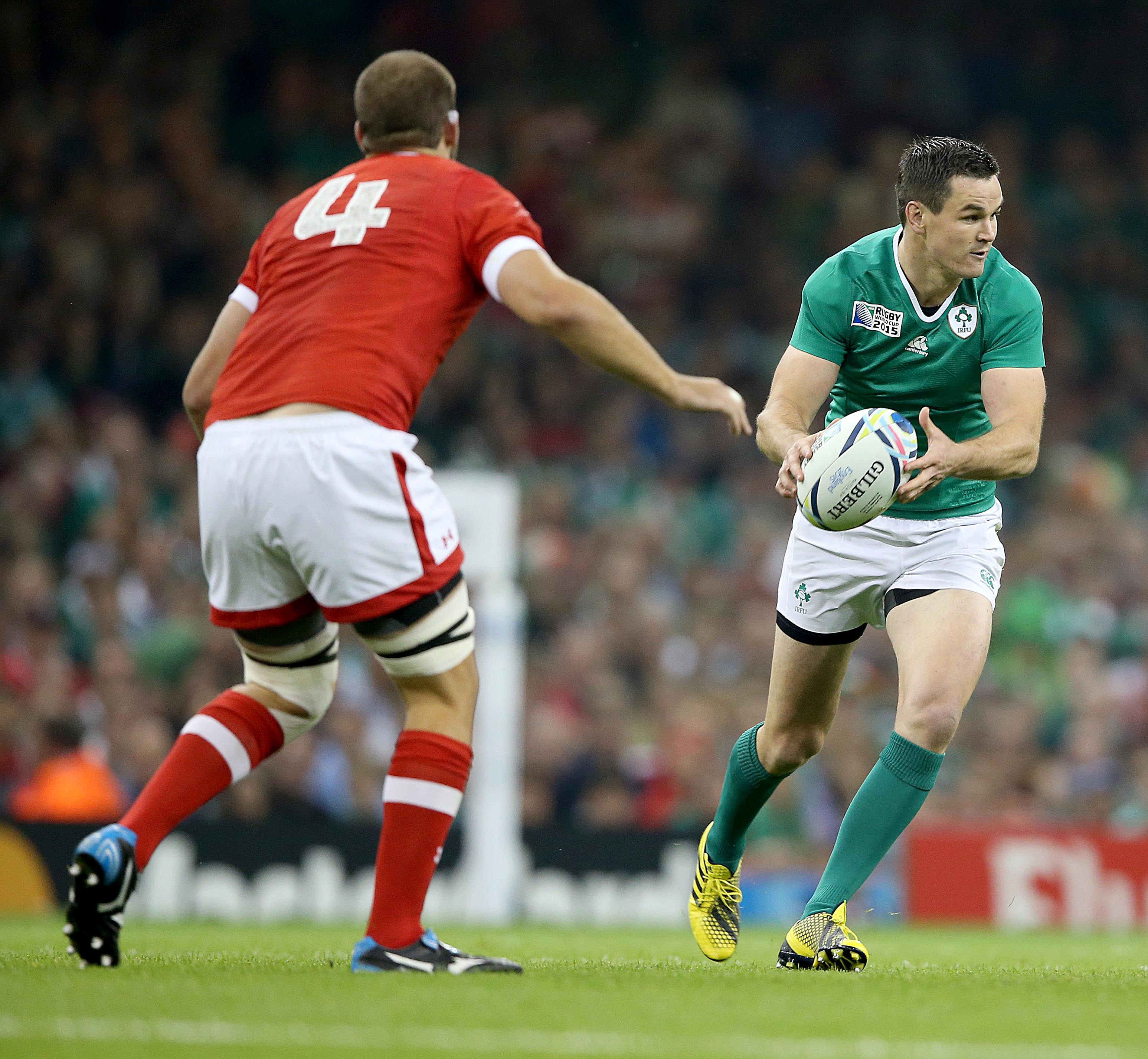 Ireland made sure to blow away any pre-World Cup nerves with a convincing opening 50-7 win over Canada on Saturday but it was fly-half Jonathan Sexton who stood out with a barnstorming first-half performance to set his country on their way.

The Leinster-bound man was one of four players to cross the whitewash in the first half, alongside Sean O’Brien, Iain Henderson and Dave Kearney, as Ireland built the foundation for a bonus point before half-time.

But it was his all around play which made him stand out, orchestrating matters superbly on the pitch and adding a further nine points with his boot before the break.

The 30-year-old, who returned to play his club rugby in Ireland this summer after two seasons in France with Racing Metro, was replaced by Ian Madigan on 54 minutes, although by that point the damage had already been done.

Sexton executed the most kicks of anyone in the match with 19 while from the tee, he had an 80 per cent success rate with four out of the five successfully dissecting the posts.

He also made 32 passes in total – the second highest on his team behind scrum-half Conor Murray (82) who played the entire 80 minutes – while he ran 51 metres with ball in hand.

Sexton was not the only positive for head coach Joe Schmidt with a number of other players stating their case for a starting place against Romania a week today.

In total, they ran in seven tries in the match, with Sean Cronin, Rob Kearney and Jared Payne also getting in on the act in the second half.

Unsurprisingly given the scoreline, Ireland came out on top when it came to attacking statistics – Rob Kearney leading the way with 148 metres gained, some way clear of Payne (97m) and Keith Earls (84m).

Kearney was also top of the list for runs made with 16, three clear of O’Brien, while Canada’s try-scorer DTH van der Merwe was the second best player in the match with 15.

Henderson was the busiest in defence, with 19 tackles made while Payne (14) and Jamie Heaslip (13) also stood out.