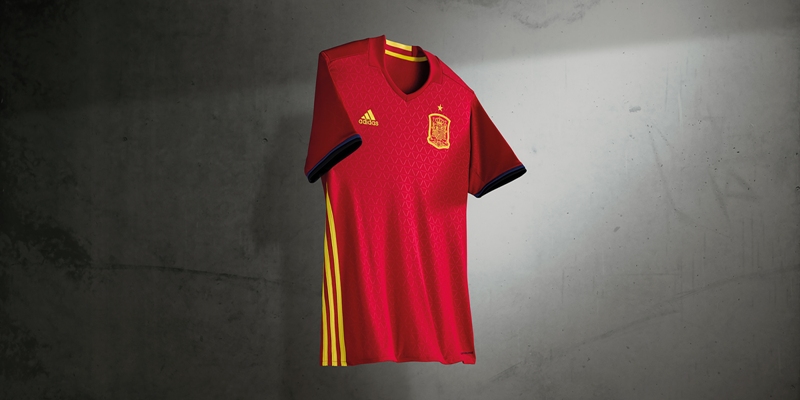 Spain will dress to impress at Euro 2016

When you’re bidding to become the most successful nation in European Championship history, you need to look the business. 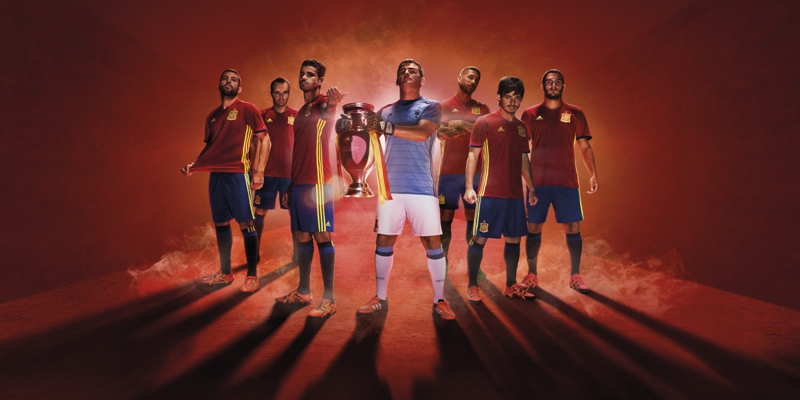 No mess, no fuss. Just red, with yellow trim.

The clean shirt design, with the iconic three Adidas stripes running up the side of the torso, is accompanied by the classic blue shorts and socks.

When you’ve got Andres Iniesta, David Silva and Cesc Fabregas bringing the beauty on the pitch then it’s important to match it with your kit and Adidas have certainly pulled off the trick.

The design of the kit, with hundreds of triangles woven subtly into the jersey, mirrors the triangular play of the team that took them to victory in three successive tournaments from 2008 to 2012.

So with midfield magic in abundance, who is set to be La Roja’s star forward and emulate Fernando Torres’ heroics in firing Spain to victory in each of the last two Euros finals?

Chelsea’s Diego Costa will not be wearing red of his adopted nation after Chelsea’s Brazilian-born striker was left out of Vicente del Bosque’s final 23-man squad.

Costa’s Chelsea team-ate Pedro Rodriguez does make Del Bosque’s five-man forward roster but with just eight goals this season does he have the form to carry Spain to glory?

Veteran Athletic Bilbao striker Aritz Aduriz forced his way into the squad this season after the 35-year-old scored 36 goals in 55 appearances this season. 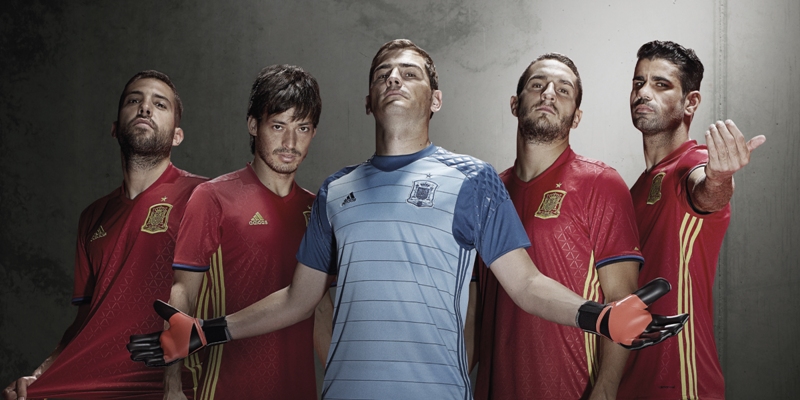 At the other end of the age spectrum is 23-year-old Alvaro Morata, the man most likely to lead the line for Spain in their opening Euro 2016 encounter against the Czechs on June 7.

The Juventus hitman bagged a brace in Spain’s latest friendly against South Korea, taking his international tally to three from nine games.

Likely to be alongside him is Celta Vigo’s Manuel Agudo Duran, otherwise known as Nolito.

Like Morata he scored twice against South Korea and with four goals from eight starts the relative international novice has no doubt impressed Del Bosque.

La Roja’s final striking option is Real Madrid’s uncapped 24-year-old Lucas Vazquez but with just seven goals in first-team football can he be relied upon?

When you take Pedro out of the equation Spain’s four strikers have a combined eight goals from 22 appearances – add in the Chelsea forward and that becomes 25 from 78.

Their Adidas kit is certainly international class, but do Spain’s strikers have enough to win a third successive Euros and a fourth overall, making them the tournament’s most successful side in history? Only time will tell.

PICK UP YOUR OWN SPANISH JERSEY ONLINE AT LIFE STYLE SPORTS BOOT ROOM.