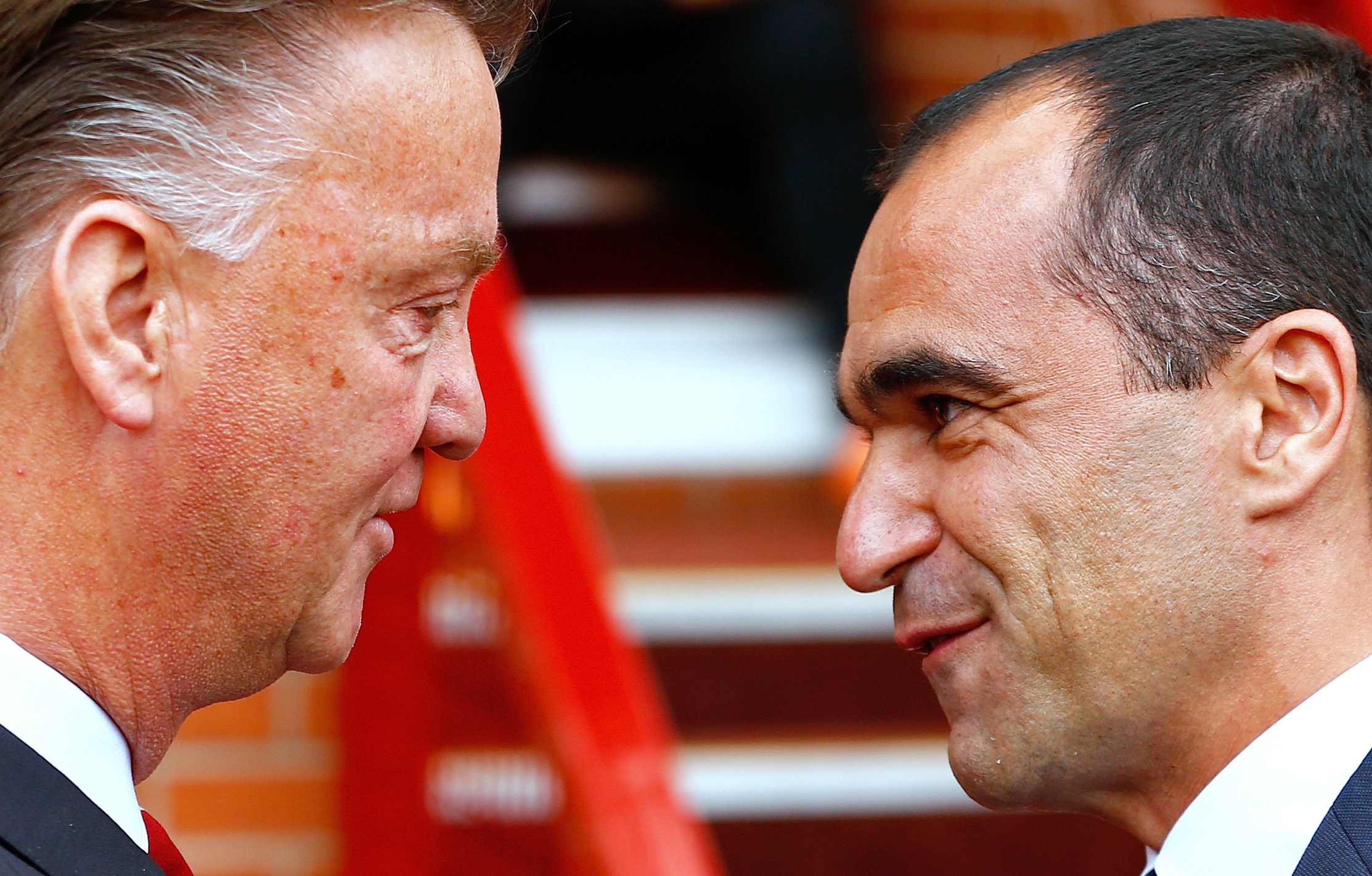 something for the weekend: it’s managerial russian roulette

All eyes will be on Wembley Stadium this weekend for the FA Cup semi-finals between Everton and Manchester United then Crystal Palace versus Watford, as we get set for managerial Russian roulette.

The daggers are out for Manchester United and Everton bosses Louis van Gaal and Roberto Martinez, while some are doubting Alan Pardew at Crystal Palace after a dismal start to 2016.

Watford chief Quique Sanchez Flores was always going to look the most suave patrolling the technical areas at the national stadium, but his relatively safe position will be noticeable by the extra spring in his step.

Martinez is currently the bookmakers favourite to be first in the sack race with Van Gaal not far behind.

Pardew is being afforded some grace, and it is likely his playing exploits for Palace, particularly in the FA Cup, is what continues to endear him to the Selhurst Park faithful.

The 54-year-old scored the winner as the Eagles beat Liverpool 4-3 at Villa Park in the 1990 semi-final, though they went on to lose the final after a replay to Manchester United.

United are chasing their 12th FA Cup, but their first since 2004 having lost twice in the showpiece final since to Arsenal on penalties and Chelsea after extra time.

Van Gaal looks to have more lives than a cat currently. Every time United look to have reached breaking point he pulls a result out of the bag and, should the Red Devils go on to win the FA Cup in May, the Old Trafford hierarchy would surely have to think twice about replacing him with Jose Mourinho.

Martinez is the subject of furious discontent from Everton fans at the moment. Despite an embarrassment of attacking talent spearheaded by Romelu Lukaku, their seeming unwillingness to defend properly leaves them in the bottom half of the Premier League table.

Yet Martinez has experience of upsetting Manchester clubs at Wembley, having led Wigan Athletic to a shock win over Manchester City in the 2013 final.

The omens are good for Everton, who last won a trophy with a defeat of United in 1995.

But you get the feeling it is win or bust this weekend.