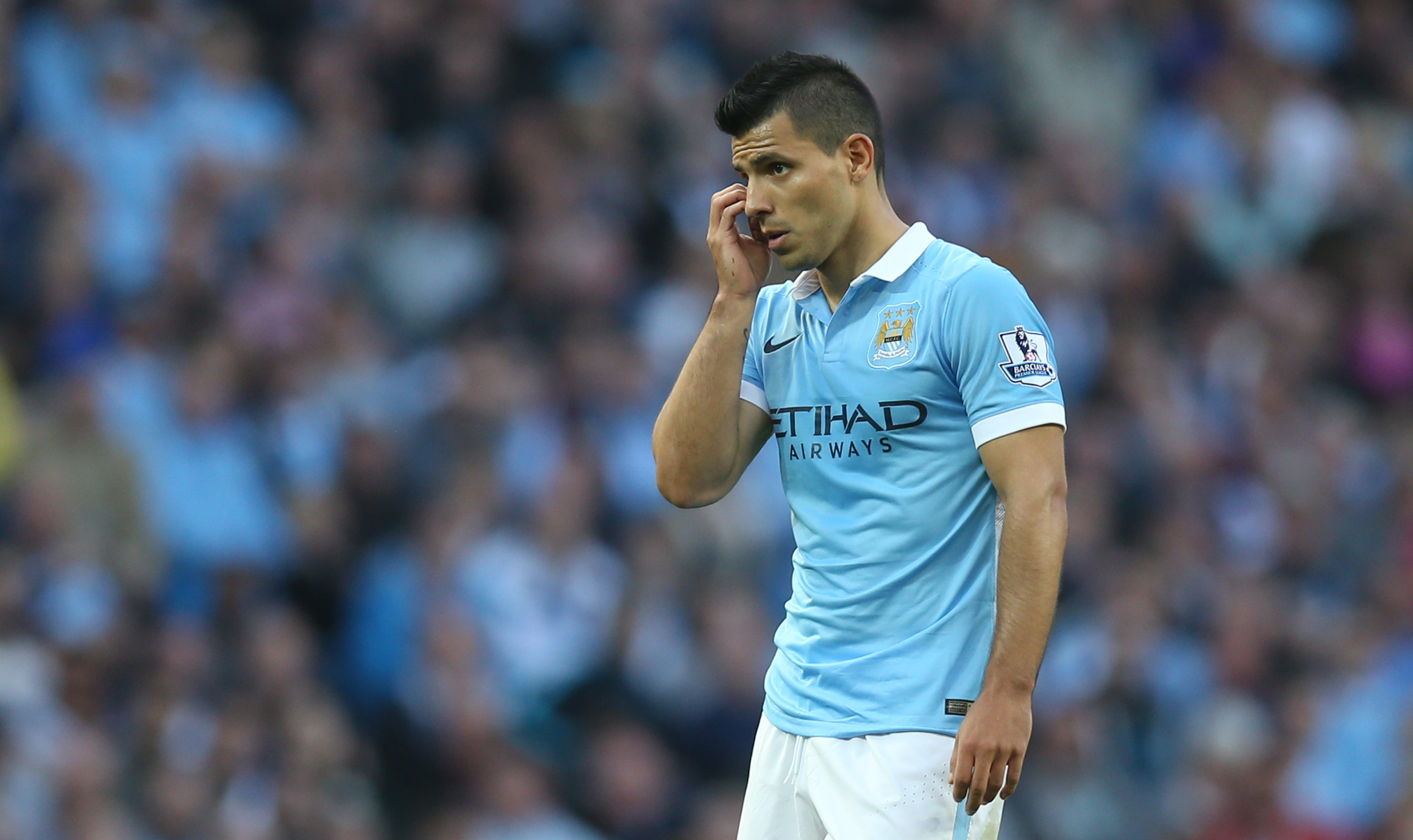 With the seventh round of Premier League fixtures already upon us, the table is starting to take shape and the pressure is beginning to grow on under- performing managers. We pick our ten talking points ahead of the weekend’s football, so show your support for your side and click here to visit our online store.

A tale of two strikers
Sergio Aguero has scored ten goals in seven matches against Tottenham so if Spurs are to get anything from high-flying Manchester City on Saturday lunchtime, they will have to stop the Argentine superstar. Contrastingly, Harry Kane is still yet to score for Spurs this season. Kane’s supporters insist he has too much class for the drought to continue yet with October looming, the barren run goes on…

Fearless Rodgers needs results
Brendan Rodgers might say he’s unafraid of the sack but a loss to Aston Villa on Saturday after recent poor results could see the Liverpool boss shown his p45. Tim Sherwood’s Villa have hardly lit up the Premier League this season either – currently sitting 17th – so there could be a smell of desperation in the air at Anfield.

Only Messi better than Mahrez
Riyad Mahrez has completed 25 dribbles this season, a total only bettered by Lionel Messi’s 33 across Europe’s top five divisions. The Algerian will undoubtedly be more concerned with his Leicester side maintaining their unbeaten record but the Foxes face a tough challenge with Arsenal coming to town. The Gunners enter the game off the back of a heartening midweek derby win over Spurs in the Capital One Cup and will be looking to put last weekend’s Chelsea debacle behind them.

Amsterdam calling
Southampton boss Ronald Koeman has been heavily linked with the Netherlands national job if incumbent Danny Blind doesn’t stay on. Koeman is adamant he is perfectly content with the Saints and victory over Swansea on Saturday would undoubtedly increase his happiness.

The slowest of starters
For the third season in a row, Sunderland have failed to win any of their opening six Premier League matches and yet another relegation scrap seems like an inevitability. It’s hard to see them picking up their first three points against Manchester United at Old Trafford but with a slew of defensive injuries, the Red Devils could be vulnerable.

Who can stop Callum?
With five goals in four games, Bournemouth striker Callum Wilson is joint top-scorer in the Premier League and the former Coventry man will fancy his chances of adding to that against winless Stoke. The Britannia Stadium is not the fortress it once was but Mark Hughes will feel a home win against a newly-promoted side is a must.

Unhappy travels
Norwich head to West Ham on Saturday having won precisely none of their last 13 Premier League away games in London. With victories over Arsenal, Manchester City and Liverpool to their name already, a West Ham win might seem like a formality but the Hammers have struggled so far in their final year at Upton Park – Bournemouth and Leicester already leaving with wins this term.

Steve’s time is running out
When your performances are so abject that your managing director is issuing an apology to the fans – as Newcastle’s Lee Charnley did this week – that is rarely a good sign. Charnley claimed there will be no panic but another loss at home to Chelsea on Saturday evening and Magpies boss Steve McClaren will start to wonder.

Party like it’s 2013
The last time Crystal Palace and Watford met was at Wembley in the 2013 Championship play-off final when Kevin Phillips rolled back the years to give Palace a 1-0 victory in extra-time. Times have certainly changed since then as the Hornets host the Eagles on Sunday with both sides in the top half of the Premier League.

Naughty Berahino out of the corner
Tony Pulis jokingly called Saido Berahino a “naughty child” this week in reference to his previous declaration that he would never play for the club again after they rejected two transfer deadline day bids from Spurs. But the West Brom boss is delighted to have Berahino back in the fold and even the Baggies fans seem to have forgiven the talented striker. A goal against Everton on Monday night would only endear him further to the Hawthorns faithful.