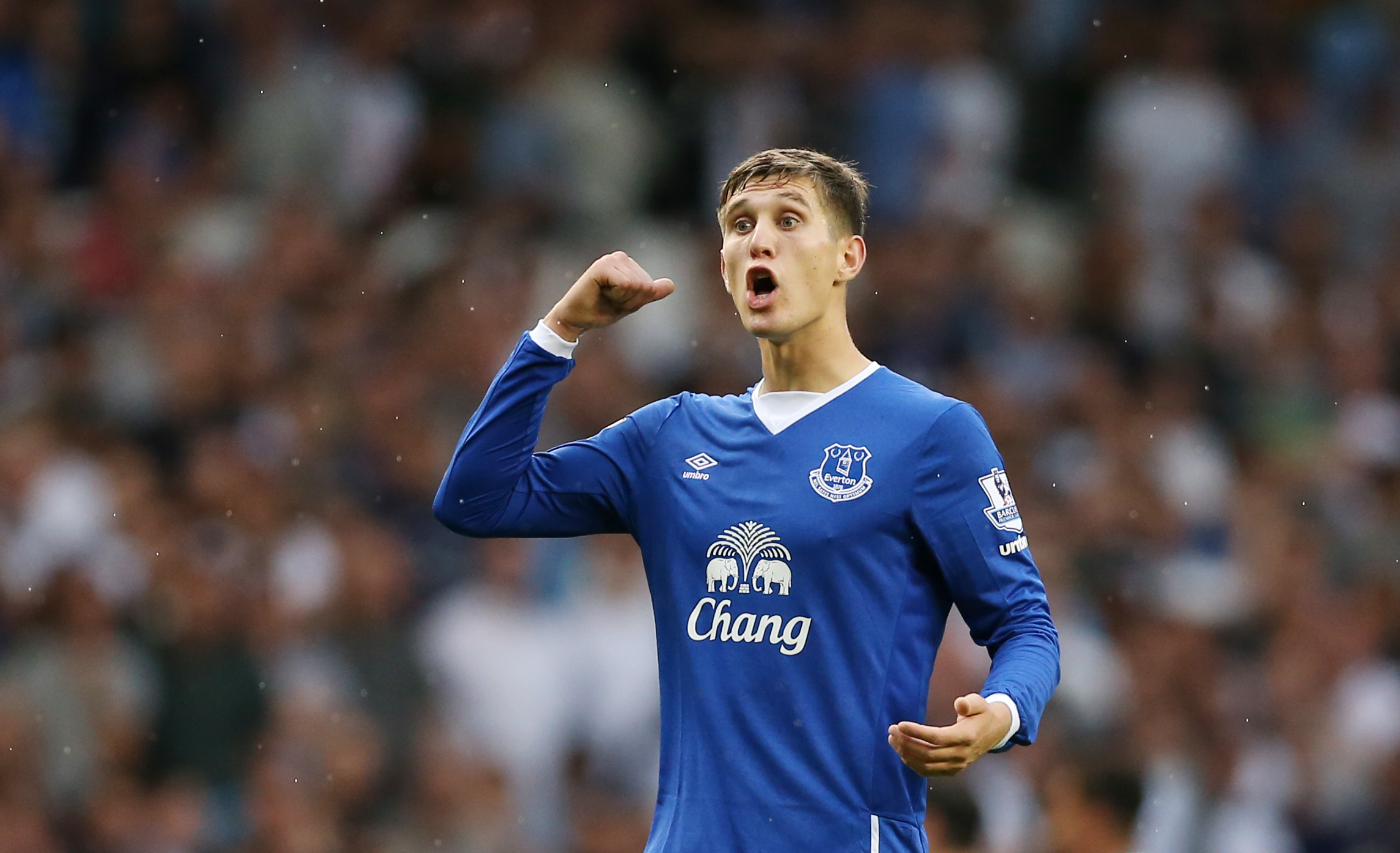 Something For The Weekend

Ahead of this weekend’s Premier League action here are our ten things to look out for. And don’t forget to check out our online store too by simply clicking here.

French wonderkid Anthony Martial could make his debut for Manchester United this weekend in their clash against Liverpool, and he will be eager to impress from the moment the whistle is blown. All eyes will be on the 19-year-old as he steps out on the hallowed turf of Old Trafford, but will the £36 million man live up to expectations?

Fresh from international duty, Everton’s John Stones will face Chelsea in Saturday’s lunchtime kick off for the first time since Jose Mourinho failed to sign him over the summer. The Toffees rejected four bids from the Blues, despite the 21-year-old handing in a transfer request, and the Everton fans will be keeping an eye on their centre-back to ensure the summer saga hasn’t affected his dedication to his club.

Kevin De Bruyne is likely to play his first game in sky blue this weekend following his switch from Wolfsburg as Manchester City travel to Crystal Palace in a clash of the top two. De Bruyne is ready to kick off his City career after returning from international duty with Belgium, but will the playmaker find the form that made him so attractive to Manuel Pellegrini in the first place?

The Gunners have pledged to donate £1 from every ticket sold for their game against Stoke towards helping the current refugee crisis, and given the feisty history between the two clubs, the atmosphere at the Emirates on Saturday is likely to be somewhat hostile. Arsenal are the favourites to claim all three points, but can Stoke cause an upset and get their first win of the season?

Bournemouth boss has played down any suggestion of bad blood with the Canaries following his side’s pursuit of Norwich striker Lewis Grabban over the summer. Grabban went AWOL for his club’s League Cup tie against Rotherham in the aftermath of the failed transfer, but has since apologised for his actions and is back in Alex Neil’s squad. But will his performance against his former club be influenced by the goings-on of recent events?

Swansea have had an unbeaten start to the season so far, and possess an impressive record against newly-promoted sides. And after Garry Monk’s side beat Manchester United 2-1 before the international break, Swans midfielder Jonjo Shelvey has claimed that the club are good enough to push for a Champions League spot this season! With this in mind, 17th place Watford should be an easy win as Swansea continue to tot up the wins.

Saido Berahino is back in the West Brom squad this weekend, despite saying he would never play for the club again after his transfer to Spurs was blocked by chairman Jeremy Peace. The 22-year-old has clearly changed his mind though, but will his heart be fully in the game?

Harry Kane is back with Spurs after scoring twice for England in their recent Euro 2016 qualifiers, and he will be keen to continue his form at club level after a lacklustre start to the season. After scoring 21 goals in the Premier League last season, Kane is yet to hit the back of the net this campaign, but his goals for England may provide the confidence boost he so desperately needs.

Aston Villa have admitted that a trip to the King Power Stadium is no longer the easy win it once used to be, as Leicester look to continue their unbeaten streak against Tim Sherwood’s side in Sunday’s late kick-off. City’s Riyad Mahrez will be keen to continue his impressive form after his excellent start to the season, and Jamie Vardy will be looking to hit the back of the net following his return from international duty with England.

Monday night’s fixture could see Andy Carroll make his return for West Ham against his old club Newcastle after eight months on the sidelines. The Hammers are not short of goal scorers after netting an impressive nine goals in their first four games of the season, but Newcastle will be keen to kick-start their season after a less than impressive start.