The prospect of an Interpro derby is always cause for celebration, but with both Munster and Connacht’s seasons on the line, Saturday’s sold-out blockbuster is set to be one of the most pivotal all-Irish affairs in recent memory. 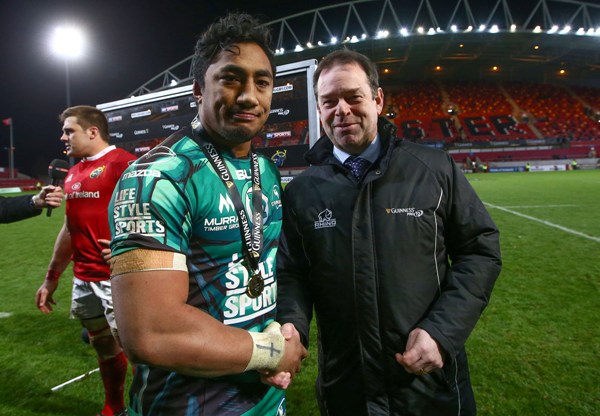 For Munster, only victory will do if they are to keep their Guinness Pro12 semi-final hopes alive with just two rounds remaining.

Scarlets take on the resurgent Glasgow Warriors in a third vs fourth clash on Saturday, but if the Welsh outfit were to triumph there, anything less than a victory at the Sportsground would make Munster’s play-off task all but impossible.

And while the prognosis is not quite so desperate for Connacht, a home win would guarantee them European Champions Cup rugby next term – a feat Pat Lam confirmed this week was priority number one at the beginning of the season.

The form books do not make good reading for Anthony Foley’s charges.

Connacht have won two of the last three meetings between the sides – edging their contest back in November 18-12 at Thomond Park, with Bundee Aki scoring a stunning late try for Connacht to end a 29-year wait for an away win at Munster.

That said, Connacht have never achieved a season’s double over their southern neighbours, and saw their six-game winning streak in the Pro12 ended by Ulster before being dumped out of the Challenge Cup by the narrowest of margins last week, as their injury crisis reared its head.

But Munster’s form has been somewhat inconsistent, having won just four of their last eight games – with the victory against Ulster before the Six Nations been their last notable major scalp.

With their main aim of a top-six finish comfortably within their grasp, second-placed Connacht will go into this one as favourites but Munster will be confident that they have enough fire-power to overcome the men from the West. 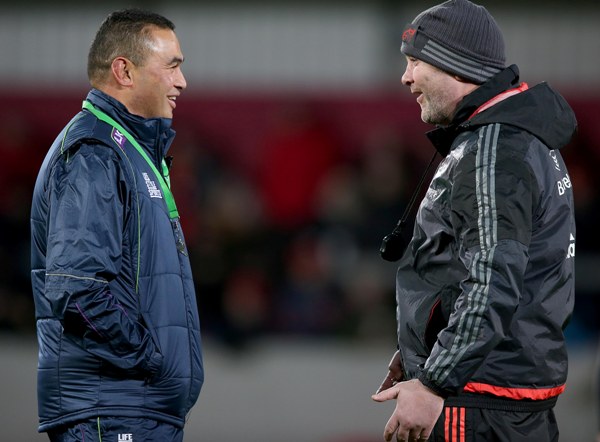 The return of Jack Carty after a ten-week layoff will be a huge boost for Lam, who is able include the fly-half among his replacements for the first time since he had his spleen removed.

Jason Harris-Wright is also in the squad for the first time since November, and the cavalry is slowly returning for Lam who makes three changes to the side that lined up in France against Grenoble.

Their back line has had to be reshuffled once again with the injury to Danie Poolman, and top try-scorer Matt Healy returns to the left wing while Robbie Henshaw is renamed at full-back.

And Aly Muldowney and Eoin McKeon return up front too, to bring some fresh legs into the side having not travelled to France last weekend.

Meanwhile Foley too has made three changes, bringing in hooker Mike Sherry and Jack O’Donoghue at No.8, with skipper CJ Stander switching to blindside flanker.

Darren Sweetnam also starts on the right wing, joining Keith Earls and Simon Zebo – who brings up a century of caps for Munster – in the back-three.

Elsewhere, Leinster will lock horns with Edinburgh this evening at the RDS Arena as they bid to consolidate their position at the top of the Pro12, while Ulster face a tricky trip to Zebre looking to make it three wins from their last four.

WE HAVE THE WIDEST RANGE OF RUGBY JERSEYS AND TRAINING KIT AVAILABLE IN-STORE AND ONLINE TO PURCHASE.  CLICK HERE TO PURCHASE CONNACHT RUGBY AND HERE FOR MUNSTER RUGBY.