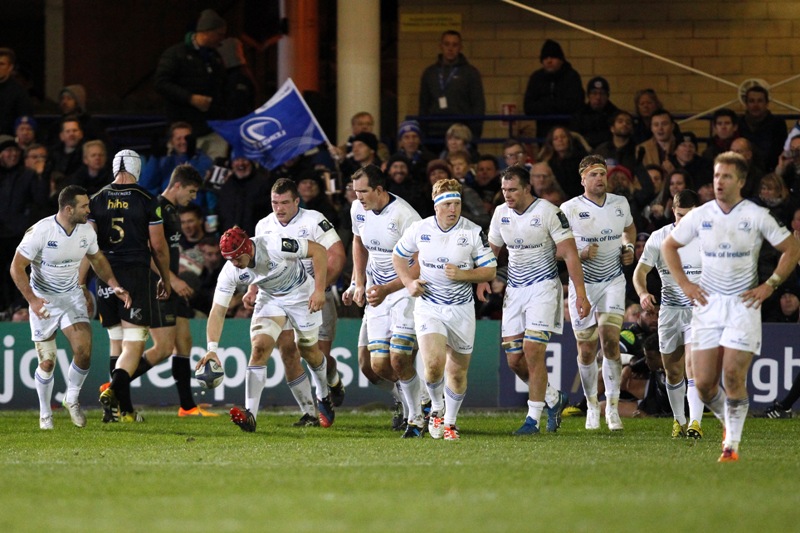 After a Six Nations-induced hiatus, the Guinness Pro12 is back this weekend in its full glory with Connacht’s clash against Leinster under the lights at Sportsground the pick of the round 18 fixtures.

Pat Lam’s men are absolutely flying at the top of the table, running in a league high 49 tries in 17 games so far.

Yet they sit just a point clear of Saturday night’s visitors Leinster, who are chasing their fifth league title and third in four years.

Connacht’s sole loss on home turf this season was to another interprovincial rival – a 10-3 reverse to Ulster on St Stephen’s Day.

But Leinster have a fine recent record against Connacht, tasting defeat just once in their last six meetings.

Saturday’s only other fixtures sees third-placed Scarlets travel to Ospreys, with both teams set to welcome back their Wales internationals.

Though Ospreys have suffered successive Pro12 defeats to Connacht and Leinster, Scarlets have tasted victory just one at the Liberty Stadium – a 14-9 win in September 2007.

Munster kick-off the weekend and will hope to launch themselves, albeit briefly, into the top four with a bonus-point win over Italian minnows Zebre.

Zebre had played and lost to Irish opposition in each of the last five Pro12 rounds, but they remain in pole position for European Rugby Champions Cup qualification ahead of Benetton Treviso who go head-to-head with Cardiff Blues tonight.

Benetton Treviso hold the hex over Cardiff Blues it seems, with victories in their last two meetings including a 13-7 win last month.

However, the Italians have never won at Cardiff Arms Park.

Fourth-placed Ulster make the tricky trip to Scotstoun Stadium to take on Glasgow Warriors and the Six Nations player of the championship Stuart Hogg.

Ulster are targeting a season double over the Scots for the first time since 2010/11 having triumphed 13-10 in round 14.

Paddy Jackson is set to make his 100th appearance for the province, while Iain Henderson has been named in head coach Les Kiss’s starting line-up for the first time since December following a hamstring injury.

The round’s action concludes on Sunday when Newport Gwent Dragons entertain Edinburgh at Rodney Parade. Both have been in dismal form of last with the Dragons losing their last five Pro12 matches, while Edinburgh have won just one of their previous five league encounters.