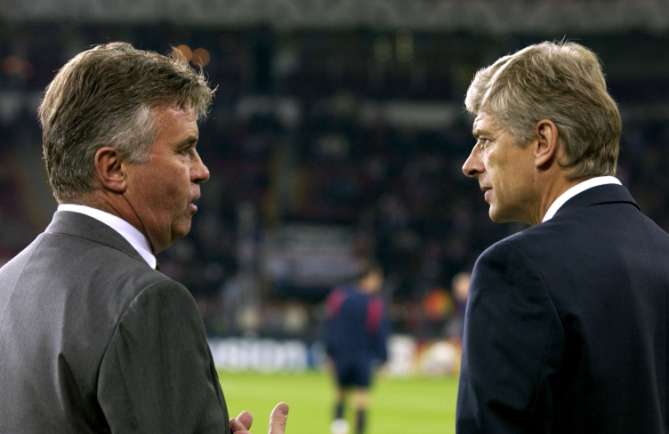 We’ve got two derbies, a managerial debut and two of the country’s most in-form clubs going head to head this weekend. We love the Premier League and why not show you do too by visiting our ONLINE STORE TO DECK YOURSELF OUT IN YOUR TEAM’S COLOURS FOR THE SECOND HALF OF THE SEASON?

Liverpool love Carrow Road. They have won on all of their last five visits to Norwich, scoring 15 goals in the process. But their current form is poor, having picked up a solitary point from their previous three Premier League games to leave them languishing in ninth place. So where better for Jurgen Klopp’s side to travel to on Saturday?

Gareth Bale back at Tottenham Hotspur?! Despite such suggestion and Mauricio Pochettino’s tongue-in-cheek assertion that he would “probably improve our team” I wouldn’t bet on it. Goals have not been a problem for Spurs this season anyway, but that is not the case for Saturday’s opponents Crystal Palace. A run of five consecutive Premier League games without a goal needs to come to an end against the division’s meanest defence.

Have the wheels come off at Leicester? Though they remain level on points at the top of the Premier League table with Arsenal, one win in five is not the form of champions. The goals have dried up for star striker Jamie Vardy too. It’s now six games without one for the England front man and he will be desperate to end his barren run against Stoke.

Manchester United manager Louis van Gaal was seemingly on his last legs at the turn of the year. That was until Wayne Rooney dusted off his shooting boots to score in each of his last four appearances, including a winner against fierce rivals Liverpool. Add to that the fact that Southampton have lost their last four matches on the road and it looks like it could be a weekend of more joy for United.

The name ‘Sunderland’ will be etched in the Bournemouth history books forever. For the Black Cats were the first to be defeated in a Premier League game at Dean Court in Bournemouth’s history, back in September. Should Eddie Howe’s men win at the Stadium of Light on Saturday they will also record their first ever Premier League double.

For all their good work in the opening months of the season, Watford have taken fewer points than anyone else in their last six matches. Saturday’s opponents Newcastle have scarcely fared much better in that period though, so something has to give at Vicarage Road.

Aston Villa fans have been desperate to see signs of life in their team all season and there is nothing like a west Midlands derby to get the pulse racing. Remi Garde’s team looked dead and buried at the turn of the year, but four points from their last two games has suddenly given them faint hope of survival. And victory over West Brom will boost confidence of a miracle escape.

You have to go back to October for the last time Manchester City strung back-to-back Premier League wins together. But that’s the aim at Upton Park on Saturday as City bid to build on their impressive 4-0 demolition of Crystal Palace last time out. The Hammers, though, were triumphant at the Etihad Stadium earlier this season.

It’s day one on the job for new Swansea manager Francesco Guidolin and he will have to hit the ground running. Only Aston Villa have picked up fewer points away from home this season and the Swans have beaten Everton just once in their history. Roberto Martinez is likely to be in unforgiving mood against his old club, so the omens do not look good for the Welshmen.

The Gunners have not scored in more than eight hours of football against Chelsea and another blank on Sunday would equal their record for profligacy against a Premier League opponent. The teams are experiencing severely contrasting fortunes this term of course, but Guus Hiddink does head to the Emirates Stadium having inflicted the heaviest home defeat on Arsenal in the Premier League era during his last spell at the Blues – 4-1.