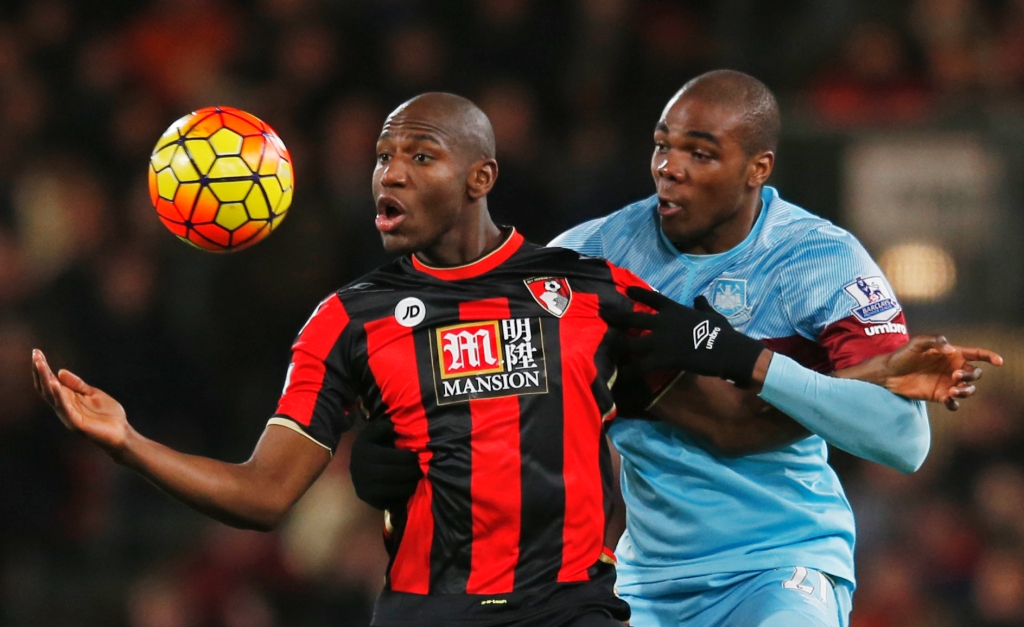 With the drama of the FA Cup behind them, the Premier League’s finest returned to action in midweek, but there is no time to take their foot off the pedal with another full round of fixtures this weekend. Why not check out our online store to deck yourself out in your team’s colours for the second half of the season?

His fourth Premier League hat-trick in midweek took his goal tally up to 12 in all competitions this season and handed Sunderland a much-needed win over Swansea, but can Jermain Defoe grab a goal against former employers Spurs at White Hart Lane? The veteran striker has done it before, scoring a penalty against Spurs in-between his two spells in north London for Portsmouth back in September 2008. And while he may not celebrate at White Hart Lane, if Defoe scores his sixth goal in three games Black Cats fans will be jumping for joy with Sunderland one point off moving out of the relegation zone.

Benik Afobe has stolen the headlines with Bournemouth splashing the cash in a bid to secure their Premier League survival, but another new signing could be the key man against fellow strugglers Norwich. Lewis Grabban has re-signed for the Cherries from Norwich for £7million – more than double what Bournemouth sold him to the Canaries for just 18 months ago – and will be keen to make his mark early on.

Premier League bad boy Diego Costa was back to his old tricks in Chelsea’s midweek draw with West Brom, although all eyes will be on in-form striker Romelu Lukaku. The Belgian hitman is just shy of 20 goals in all competitions already this season, but is yet to score against his former club since joining the Toffees permanently in 2014. The Blues meanwhile are still unbeaten under Hiddink but it has been far from a revolution under the Dutchman, who will be after three key points at home.

Manuel Pellegrini’s side have only won three of their last seven games and, even in this topsy-turvy season, that is not the kind of form expected of a side chasing a Premier League title. The absence of Vincent Kompany cannot continue to be an excuse, with £70m spent on centre-halves Nicolas Otamendi and Eliaquim Mangala who are yet to keep a clean sheet when they have played together this season. But they come up against a Palace side struggling for goals, with Connor Wickham the only recognised striker at the club with a Premier League strike to his name this term. Something has to give in Manchester.

Newcastle’s January rebuilding job is already underway, with Jonjo Shelvey set to make his debut against West Ham as well as Senegal midfielder Henri Saivet – who also arrived at St, James’ Park on Monday. There’s no return of Andy Carroll to strike fear into Newcastle hearts this weekend, but after another imposing performance against Bournemouth from Dimitri Payet he is the man to watch for the Hammers.

Goals have been hard to come by in recent times in this fixture, with both sides managing just three between them in their last five meetings. But former Saint Rickie Lambert could be the man to break that duck; he has only one goal this season but has happy memories of St Mary’s where he scored nine times in 2013/14.

They won’t go away, will they? Even with Riyad Mahrez and Jamie Vardy seemingly slowing down the Leicester juggernaut keeps on moving and dealt Spurs a hammer-blow on Wednesday. It was Robert Huth’s thunderous late header that earned the Foxes all three points at Tottenham to pull them level with Arsenal at the Premier League summit. And with bottom-club Villa next up you wouldn’t bet against them being out on their own come Sunday.

Fresh from a late comeback against Arsenal in midweek, confidence will be high in Jurgen Klopp’s ranks that they can pull off a victory over the stuttering Red Devils. Roberto Firmino could well be the key man for Liverpool after his double against the Gunners got him off the mark at Anfield, meanwhile Wayne Rooney also looks to be back to his best after four goals in his last three games.

Stoke have pulled off wins over Chelsea, Manchester City, Manchester United and Everton since November, and Arsene Wenger’s side will have to pull out all the stops to avoid becoming their latest scalp this season. Back-to-back defeats to West Ham and Liverpool seemed to have knocked the wind out of the Potters’ sails, but they bounced back with three second-half goals against Norwich to go up to seventh in midweek.

It’s all gone wrong for the Swans. No team in the Premier League has experienced a worse run of form in the last six games, picking up just five points to leave them teetering perilously above the relegation zone. Alan Curtis has the reins until the end of the season, but that will really start to look like a huge error of judgement on chairman Huw Jenkins’ part if they succumb to Watford on Monday night.