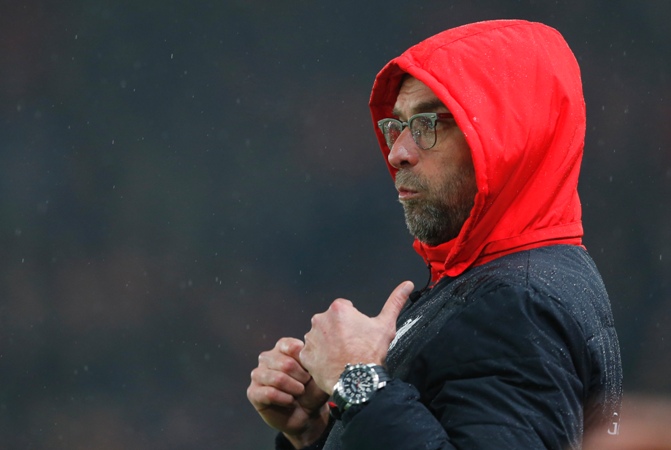 It’s the best weekend of the year, so visit our online store to get decked out in your club’s colours to maximise your enjoyment of the FA Cup third round. Here’s our top 10 ties to look out for.

Kicking the weekend’s action off, Jurgen Klopp takes his walking wounded to Exeter City on Friday night. Philippe Coutinho, Dejan Lovren and Kolo Toure all suffered injuries in Liverpool’s midweek win over Stoke, so are we in for an instant shock?

Aston Villa have not won in the Premier League since the opening day of the season and look doomed to relegation under Remi Garde. Yet Adams Park has been kind to Villa in the past with their only two previous meetings 5-0 and 8-3 wins.

Arsenal have not lost in the FA Cup since March 2013 when Colin Kazim-Richards struck the only goal in Blackburn Rovers’ 1-0 win at the Emirates Stadium. Sam Allardyce has not been shy in the past when it comes to changing his team for Cup ties, so do not expect Sunderland to halt the Gunners.

Can Stoke do it on a cold, wet day in Doncaster? That’s the conundrum for manager Mark Hughes on Saturday, who takes Bojan and Co to the League One mid-table side on Saturday. They have met once before in the FA Cup, Donny winning 1-0 in January 1930.

Eastleigh are the lowest ranked team left in this year’s FA Cup having beaten Bromley, Crewe Alexandra and Stourbridge to get this far. And going one further against crisis club Bolton Wanderers – heavily in debt and with two wins all season – is not beyond the realms of possibility.

What happens when one of the country’s most porous defences takes on one of its most lethal strikers? We’re set to find out at Goodison Park when Dagenham & Redbridge – who have only conceded fewer goals than Colchester United and York City – attempt to tame Everton’s Romelu Lukaku, who has scored 12 goals in as many games.

Unbeaten at Carrow Road since 2001, Manchester City head to Norwich as they continue their quest towards winning an improbable quadruple. Improbable? Manager Manuel Pellegrini says it’s impossible, but City will want an immediate return to winning ways after Wednesday’s defeat to Everton.

Manchester United might have won the FA Cup 11 times, but Saturday’s opponents Sheffield United have better recent fortunes in the competition having reached the semi-final last term and the quarter-final in 2014. They will have to go some to go past round three this time though.

Has Leicester City’s bubble burst? While Tottenham enjoyed a festive period that bore gifts, the Foxes failed to net in three Premier League fixtures. They will be without the injured Jamie Vardy at White Hart Lane so could struggle in front of goal once more.

Respite at last for Chelsea? Don’t bet on it. Their fourth-round home defeat to Bradford City last season was one of the biggest shocks the FA Cup has known. And with the Blues at their lowest ebb since Roman Abramovich landed his helicopter in west London, the visit of Scunthorpe does not seem the straightforward tie it once might have been.