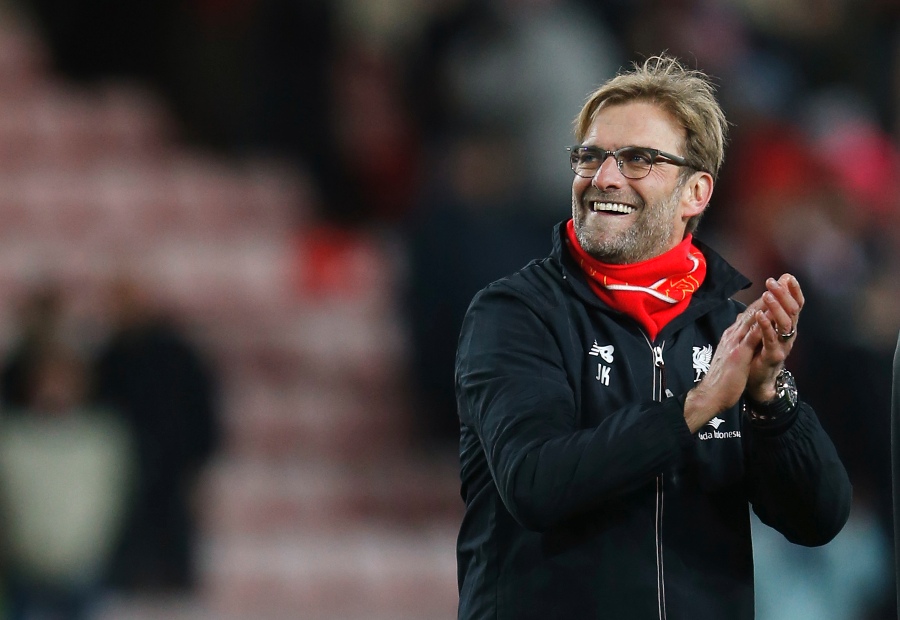 Not many could have predicted what the Premier League table would look like at the end of 2015. With the New Year upon us we take a look at ten things from the first round of fixtures that 2016 has to offer. And before the year’s first fixtures kick off why not check out our online store to deck yourself out in your team’s colours for 2016.

This year ended with a Christian Benteke goal as Liverpool saw off Sunderland 1-0 and the New Year will see Liverpool kick things off at West Ham United.

Jurgen Klopp’s victory at the Stadium of Light saw the Reds leapfrog the Hammers into seventh and move them level on points with Manchester United.

There have been glimpses of the Klopp mastery so far for Liverpool and if the German maestro can continue to work his magic then Champions League football might be heading back to Anfield.

Surely not at home to Newcastle?

There are plenty of sceptics out there who are waiting for Arsenal’s annual demise from title contenders to top-four stalwarts.

The Gunners enter the New Year top of the pile and look to be in fine shape to launch a serious title challenge.

With the imperious Petr Cech keeping goal and the likes of Mesut Ozil showing his class Arsene Wenger’s men are looking more and more like champions.

On paper the visit of Newcastle should be easy enough for the Gunners but never say never in the Premier League – remember when the Toon scored four goals in 20 minutes at St James Park against Arsenal back in 2011?

Leicester meet Bournemouth in a match that, at the start of the season, many would have paid little attention to.

But this clash has serious ramifications for the top of the table as Claudio Ranieri’s men look to reclaim top spot from Arsenal.

It’s by no means been a bad season so far for Bournemouth and they sit three points outside the relegation zone – yet it’s remarkable to see two promoted sides battling it out for very different prizes.

For all the talk and speculation Louis van Gaal remains in the hot seat at Old Trafford.

The Dutchman reportedly had two games to save his job and it looks like he has done it with a defeat to Stoke and a draw at home to lowly Chelsea.

If the reports were true then the United board must not have the highest of standards as van Gaal will take his seat at Old Trafford when the Red Devils entertain Swansea. Surely it’s a must-win for him?

Forgotten men on the south coast

With Leicester’s rise to prominence, Crystal Palace’s impressive form and Watford’s blistering start to the season it seems everyone is forgetting Southampton.

The Saints now look like the overachievers of years gone by as they sit nestled comfortably in mid table – though a 4-0 win over the Gunners on Boxing Day was a reminder of what they can do.

Either way victory over Norwich this week will see them looking up to the top half, while defeat could see them glancing cautiously over their shoulder.

A true six-pointer in the North East

If any two sides need help it’s Aston Villa and Sunderland and both will be licking their lips at the prospect of three points this weekend.

The league’s bottom two clubs go head to head in a true six pointer. Villa are struggling to tread water at present and defeat could be fatal while Sunderland will be looking to turn the screw on neighbours Newcastle. A draw, frankly, helps no one.

If you told a Stoke fan a few years ago that their club would be starting to draw comparisons with Barcelona for all the right reasons a blank stare of disbelief would have been the likely outcome.

But, for all the jokes and clichés about rough play, Stoke under Mark Hughes have blossomed into a side that are a joy to watch.

Their dismantling of Manchester United on Boxing Day was clinical and tier 4-3 thriller with Everton is a candidate for match of the season.

This week they make the trip to see an old friend in the form of Tony Pulis at West Bromwich Albion. What must he think when he sees the football Hughes’ men are producing?

Manchester City can be rather happy with their standing in the league so far. They currently sit third, just three points off the summit and have rarely looked anywhere near their best.

But for all the talent there still seems to be something missing for the Citizens. Will this weekend’s trip to a dangerous Watford side bring the best out of City?

It hasn’t been the easiest of starts for Guus Hiddink with a 2-2 draw with Watford and a goalless game with Manchester United still leaving the champions in 14th.

It isn’t going to get any easier for the interim manager this weekend as he makes the trip across London to face a Crystal Palace side that haven’t lost in six and sit fifth in the table.

Spurs in the mix but Lukaku looms large

Tottenham are just four points off the top of the table and could find themselves within striking distance after they close the weekend’s matches out on Sunday.

It will be a battle of the strikers at Goodison Park with Romelu Lukaku on fire and Harry Kane looking like he has found the form that made him one of league’s finest players last season.